In Crystal Forest you are going to fight the next great battle. You still lead Norcaine forces but in the further phase of mission you can recruit Shadow units. In this battle you may recruit all kinds of units (but you must allocate your materials wisely). Recruiting Shadow forces is necessary to win the battle but do not exaggerate with the number of Shadow soldiers. You need to use Shadow's abilities - becoming invisible and easiness of destroying buildings. You are also made to recruit flying units - try to recruit minimum number of such creatures. Prepare yourself for one of the biggest battles in Spellforce 2 (the other two are battles of Dragh'Lur and Bullwark). At the beginning fortify your base. And remember about reasonable number of Necromancers and Arachnis - you will need them when storming your enemy's base. 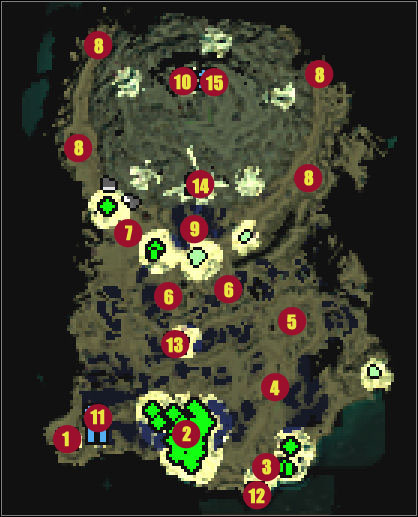 Quest solved: use Shadows to open the gate to the fortress

Quest solved: destroy the base of Light Worhippers

Quest solved: put Crystal Shards in the Crystal in the correct order

Quest solved: find all tiles and solve the mosaic

The chapter is finished. Following quests are solved:

The Book D'arh: gather all pieces of Book D'arh to summon Gargoyles

An Odd Codger: find out what Professor's strange talk was about

The Right Twist - Rohen's Portal: give the piece of Rohen's portal to Professor Twiddle

The Art Of Forging - Bloodmoon: bring all items needed for forging Bloodmoon to Jandrim