The following page of the Songs of Conquest game guide, includes useful information on exploring the game world. 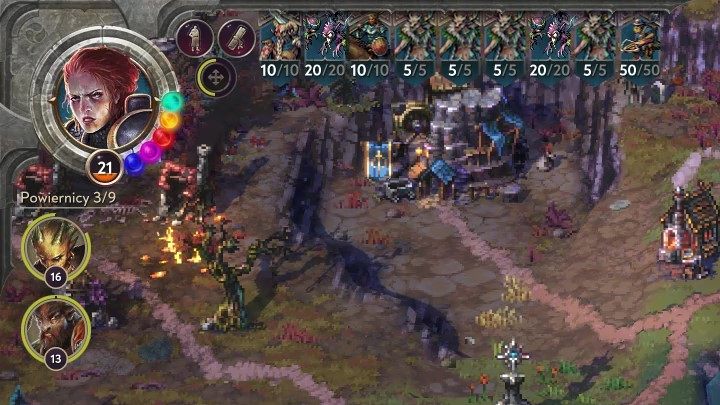 If you look in the upper left corner, you will see a large portrait of the currently selected wielder. The colored orbs next to it symbolize different types of essences. You can learn more about it on a separate page in this guide: Wielders and spells. The number under the portrait represents the character's level.

Below is a number representing the wielders you have and their maximum number. You can increase it by developing settlements, although it doesn't really matter much in the campaign - the game gives you specific heroes and you can only have up to three at once. Below it are portraits of the other generals. You can switch between them at will. The yellow border around the portraits represents movement points.

To the right of the large portrait, there are two buttons. The character symbol will take you to the card of the currently selected wielder, while the parchment will show you the spells available to the selected character.

The directions symbol and the yellow border around it represent the amount of movement points your wielder has left.

On the right, you will find portraits depicting the units in the general's army. 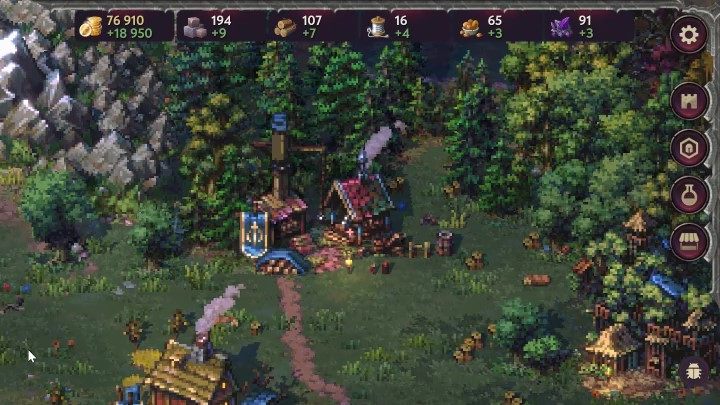 The upper right corner shows the resources - the amount owned and the income for every turn (green number). You can learn more about them on a separate page in the Research and resources guide.

There are a number of buttons on the right side. From the top they are: 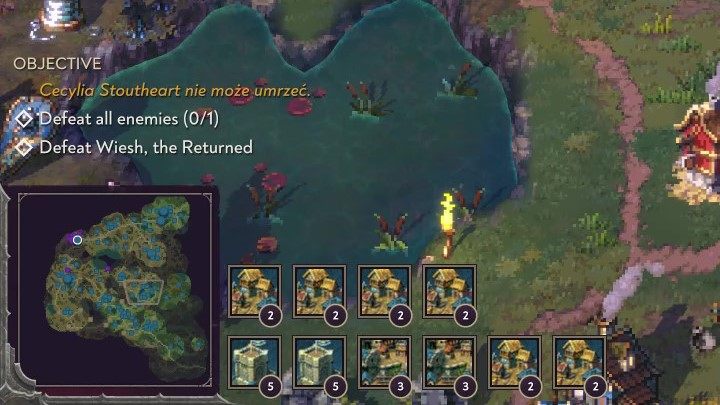 You can read the current mission guidelines in the lower left corner. Below them is a minimap. To the right of it is a list of all your settlements and their levels. You can switch between them at will. 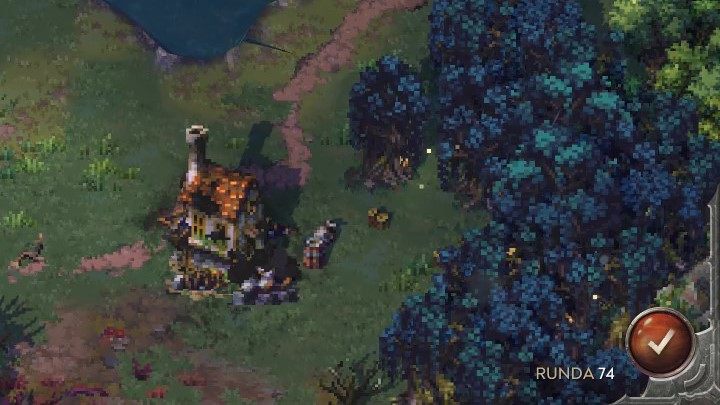 There is a button in the bottom right corner that allows you to end the turn. In addition, it shows how many rounds have passed since the mission started.

The game can sometimes be unclear, so if you don't want to miss anything, it's a good idea to press the "alt" key regularly. It highlights interactive objects. More tips can be found on a separate page of the guide: Beginner's guide.

In Songs of Conquest, the world is hidden behind the fog of war. You discover it with your wielders. The map is full of different interesting places. It's worth to remember about some exploration rules. 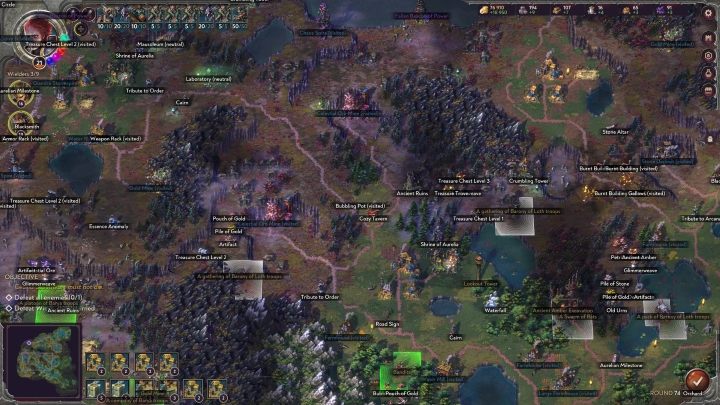 Exploration rules in Songs of Conquest: 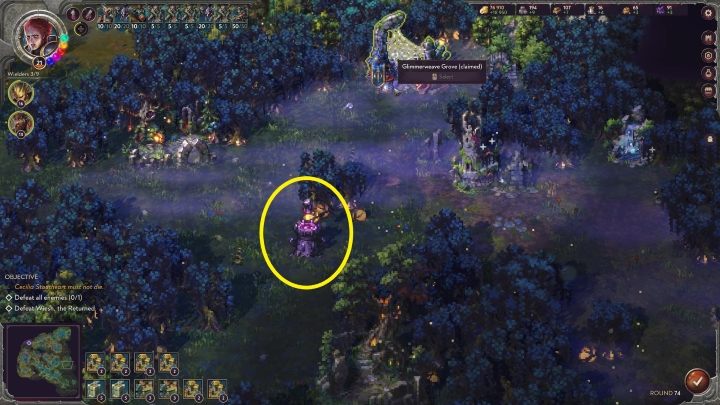