On the following page of the Songs of Conquest game guide, we have provided useful information on building and developing settlements.

Types of settlements and their development

In Songs of Conquest, you cannot expand your settlements indefinitely. Buildings are erected only in designated areas, and the number of buildings depends on the size of the neighborhood. 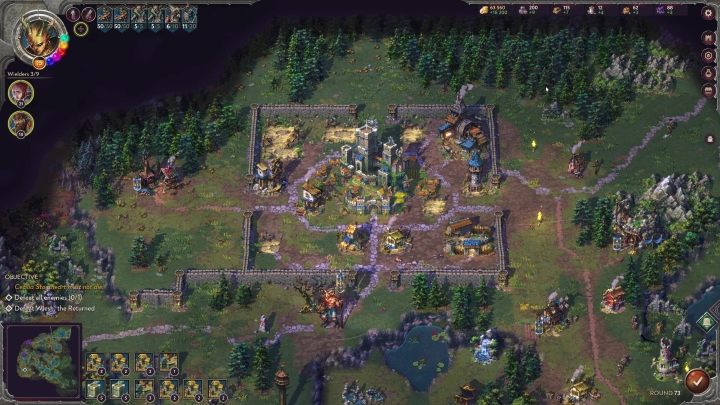 It should also be noted that the above number of buildings is available for maximally developed settlements. Depending on the size of the settlement, you can upgrade it two (small settlements), three (large settlements) or as many as five times (fortresses). 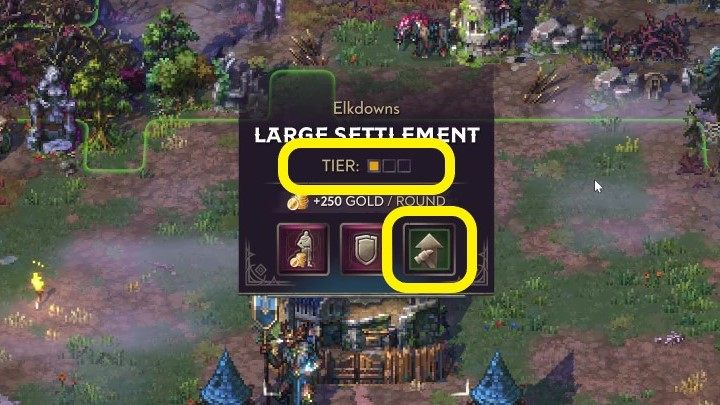 When you select a settlement, you will be able to see its name, type, and, beneath it, its level. If it is not the maximum level, you will additionally see an arrow on a green background at the bottom. If you have enough funds, there is nothing stopping you from expanding your settlement. This will give you additional construction sites to build on and increase your profits from the settlement.

Songs of Conquest divides buildings into 3 types - large, medium and small. Construction sites correspond with this division. You won't put a larger structure on a smaller site, but you can put a smaller structure on a larger one (but this is extremely unprofitable in most cases). 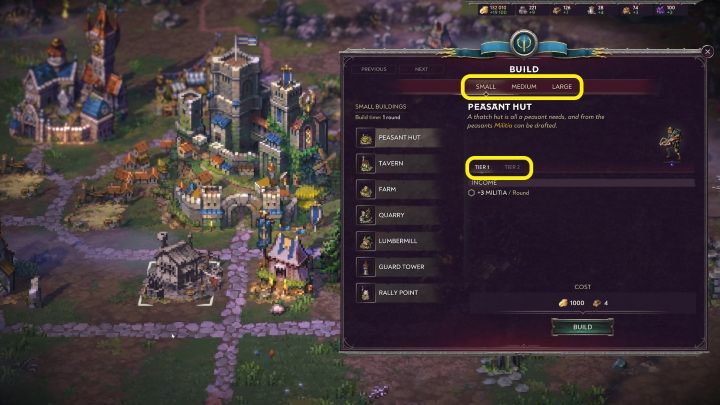 In order to construct a building, you have to choose a suitable empty square in the settlement. You can switch between them with the "x" key (you can learn more about the game's controls from the Controls page). You will see a window that will open by default on the buildings appropriate for the size of the construction. However, you can change this with the tabs at the top.

On the left you will see a list of available structures, while on the right you will be able to read a description and see the effects of erecting a given structure. Also, you can switch between the first level of the building and the second level here to see what you will need to expand it later. 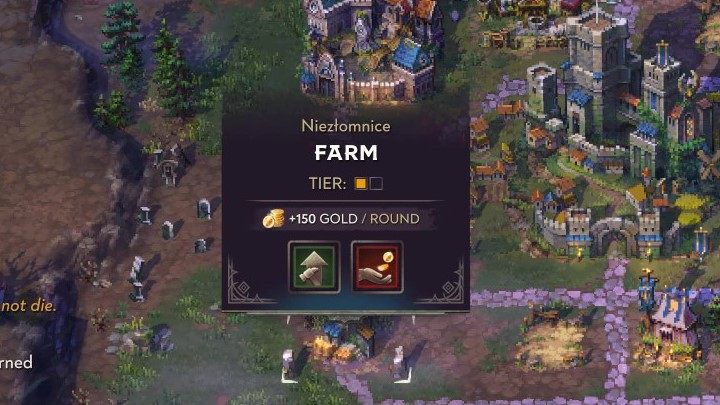 Most buildings in the game can be upgraded. Simply select the structure and press the arrow on the green background. The smallest ones only cost money and resources. Larger ones, however, often require another structure to be expanded as well. This combined with the severely limited space in most settlements means that you have to be very careful when developing.

Sometimes you will have todestroy a building that has already been constructed. Fortunately, this happens immediately and most of the funds will be returned to you. To do this, select a building and then press the hand with the money on the red background.

It may happen that the enemyloots one of your buildings. Then you do not benefit from it until it is repaired. You will do this by interacting with it with your wielder