Our beginner's guide to Songs of Conquest contains some useful tips for newcomers. They'll help you avoid making mistakes when developing your empire.

Take the military as part of the rewards 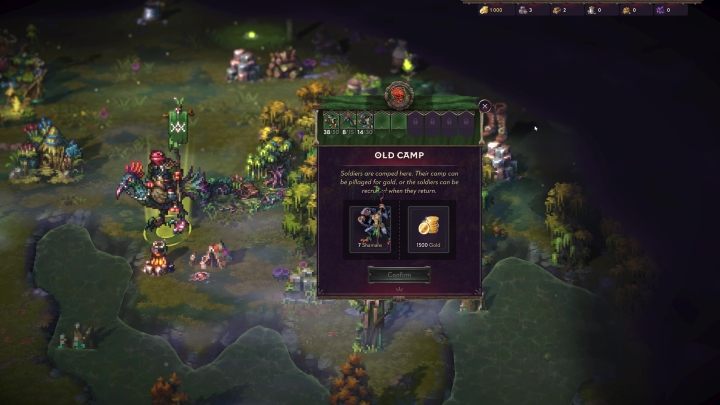 During the game, you will often have to choose between money and new units. The latter is usually the best choice. This is true, especially in the early stages of the game. You have to wait for new soldiers in your settlements. You will often find yourself with a full wallet without access to troops in the first rounds.

Explore the world, but don't overdo it

It's hard to resist the temptation to explore every nook and cranny of the map, especially since there are treasures waiting for you everywhere - and they're tempting. However, it is worth remembering that you are often pressed for time. This is most evident in the later missions of both campaigns. The enemy is not sleeping and is gathering strength. Therefore, you should first conquer settlements and places that provide resources. 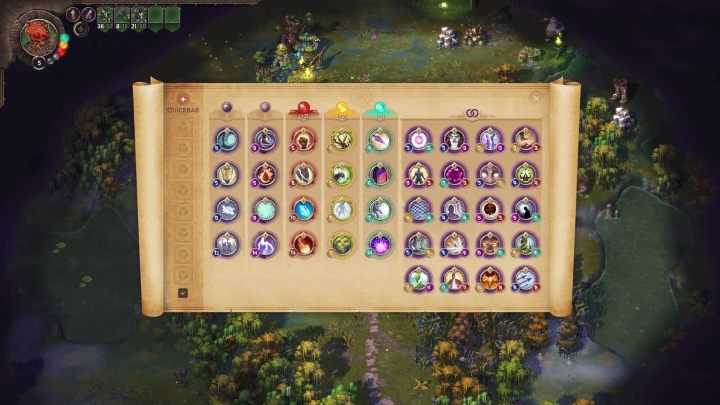 In Songs of Conquest, magic is very important and can often change the course of a battle. So it is worth using spells. An unsupported military is rarely able to cope except against a much weaker opponent.

Increase the limit of units in the army 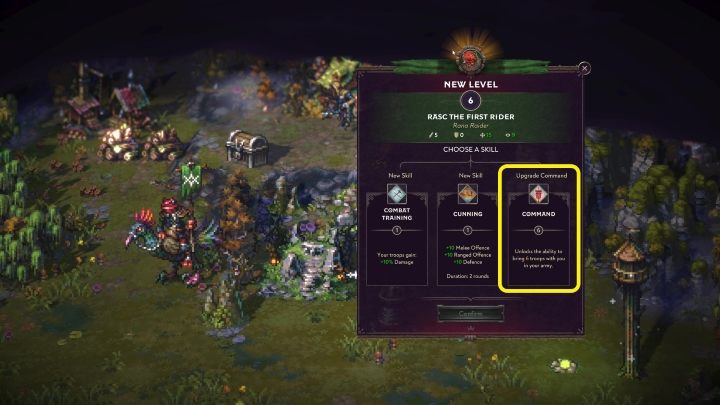 After you level up wielders, you can choose from several skills available to them. It's often hard to decide because they all look good. However, it is worth remembering that you will not get far without a strong army. So pay attention to this and unlock more unit slots for your army as soon as possible. 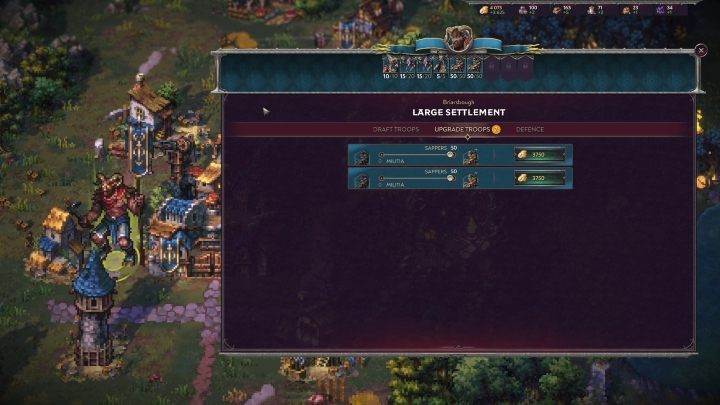 Each unit has a promotion that can be unlocked by developing its assigned building accordingly. Unfortunately, it costs a lot of money. However, it is worth doing so whenever you are given the opportunity. Even with a full army, you won't get very far with basic units.

Use the alt key 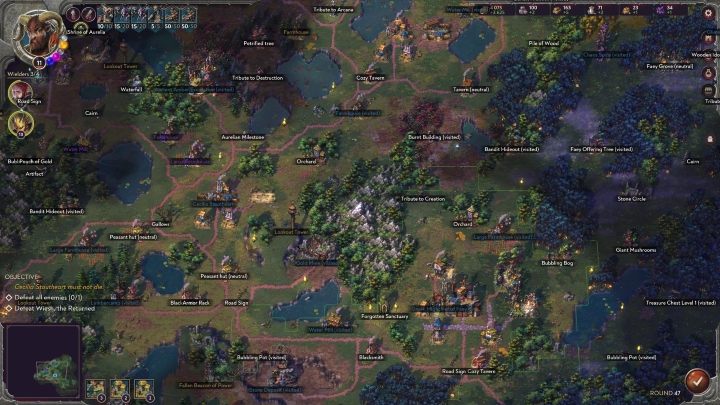 There are many scattered places of interest on each map. You can get gold, experience, or stat bonuses there. They are worth keeping an eye on. However, sometimes they are not easy to spot. That's what the alt key is for. Holding it down will highlight the interactive objects on the map.

Remember the special abilities of the units 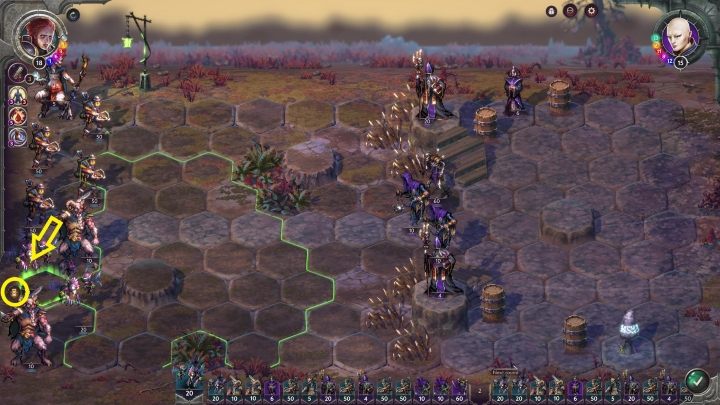 Some units have special abilities, these are easy to miss as they appear as a small icon next to their number. This is worth keeping in mind. 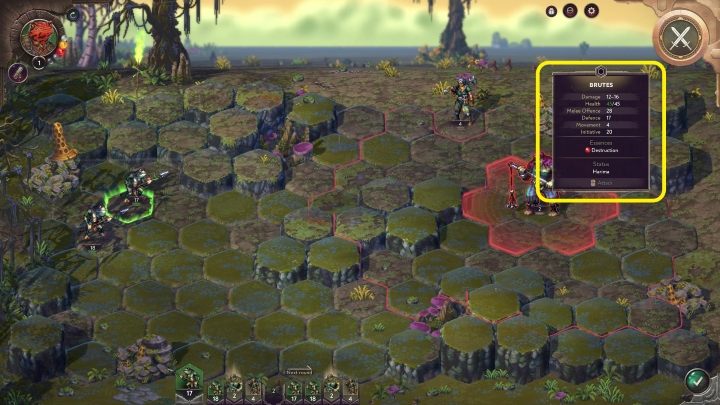 Before the fight, check the skills and stats of your opponents. To do this, simply click on the enemy unit with the left mouse button.

Before the end of the mission, transfer the most valuable artifacts to the main character

As you progress through the campaign, other trustees join you in some missions. Unfortunately, they change from mission to mission. This also results in the loss of artifacts left with them. Therefore, it is a good idea to flip more valuable equipment to your main character before completing the quest.

Promote the main character as much as possible

This advice is related to the earlier advice. In the campaign, the trustees do not move with you from mission to mission, and unfortunately, the enemies become more powerful. This means that you should do everything in your power to provide as much experience as possible to the character who accompanies you always - that is, your main general. This doesn't mean you shouldn't use other heroes, of course, but you need to balance the gameplay accordingly.

Do not use the quick battle option 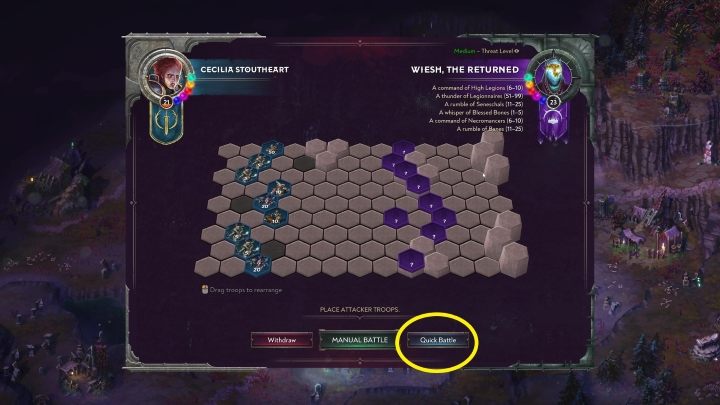 The quick battle option lets you skip skirmishes, but it usually causes you to suffer much higher losses than if you simply fought the battle yourself. Many times you may even lose a battle that you would have won with your own hands.