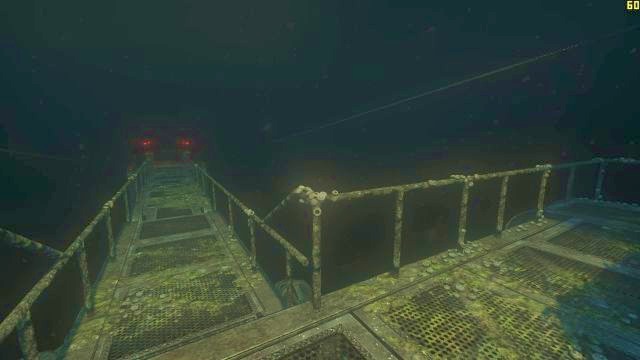 The passageway in front is a dead end.

When the outside hatch is open, leave the station. Ignore the passageway in front of you, as it's a dead end, and instead of it take a turn to the right and continue your march until you reach a ladder. Climb it down, and then put the Omnitool in the socket, to summon Catherine. 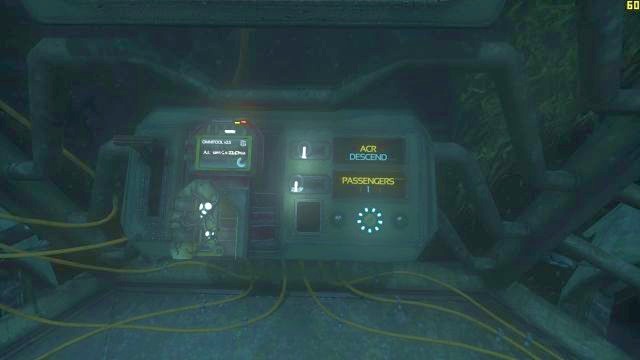 Set the values and then pull the lever.

A small puzzle awaits you here - you have to use sliders to set the values correctly. Set them in such a way, so that the values are as follows:

When you're done, pull the lever on the left side, and then sit on the seat. A quite long ride awaits you now, during which the main character and Catherine will have a little conversation. 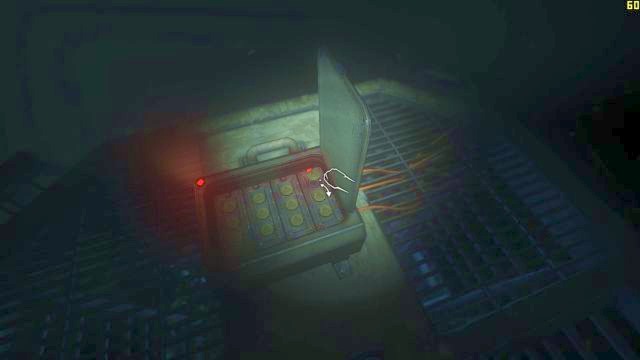 To restore the power, you must press the fuse back in.

When the power goes down, climb up the ladder, pull up the cover of the box that should be right at your feet, and then press the fuse back in the box. When the power is restored, get back to the lower floor and take a seat again.