On this page of SOMA Guide you'll find a walkthrough for CURIE shipwreck location.

In search of the vessel 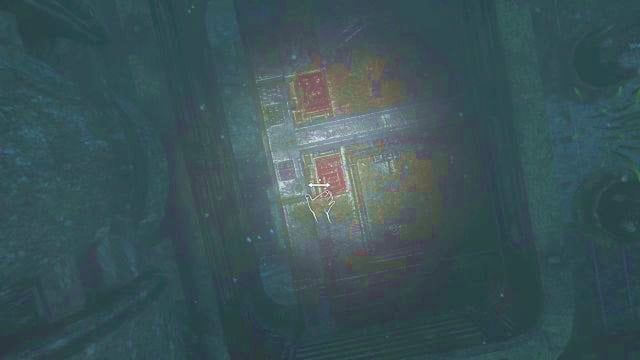 A little moment of safety...

After entering the room, head left. Open the door, pulling them to the right side by using the interaction button, enter the room and climb up the ladder. Go through narrow tunnels along pipes, until you reach a crossroads - turn right, as the left one is blocked. You should soon arrive at an open space. 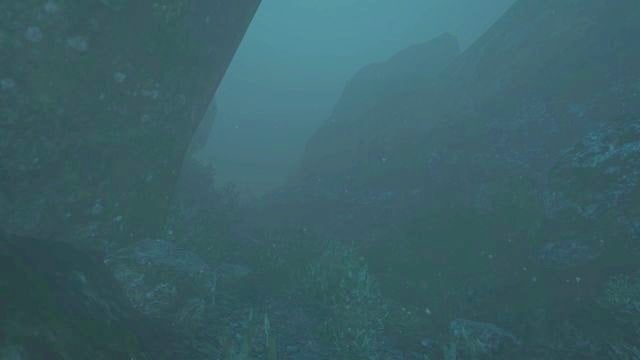 Turn right and continue up, and the screen should start acting weird again. You cannot see the threat, so just continue upwards, looking at the floor, or by simply hiding behind obstacles on the left side. After a short while the enemy will "attack" and then quickly disappear. All you can do for now is to simply go straight ahead. 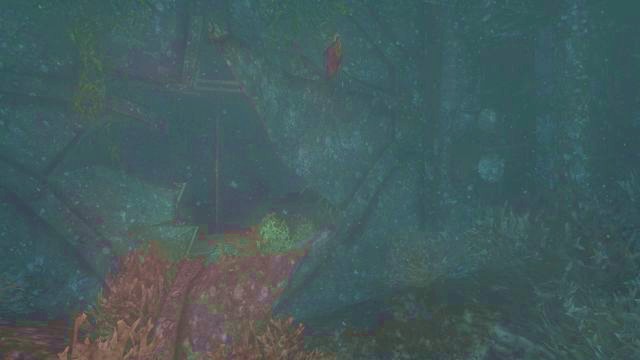 The entrance to the ship is quite visible.

You should soon arrive at the proper part of the ship. There's nothing to do here, so just go straight ahead and swim around the wreckage. While on the other side, you should be able to see an entrance, a small breach in the ship's hull. Enter it and climb up the ladder. Ignore the doors on the right, as it's a dead end, and just walk up the stairs.

The inside of the CURIE shipwreck 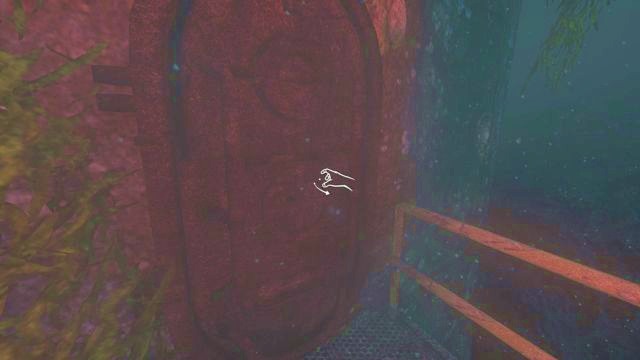 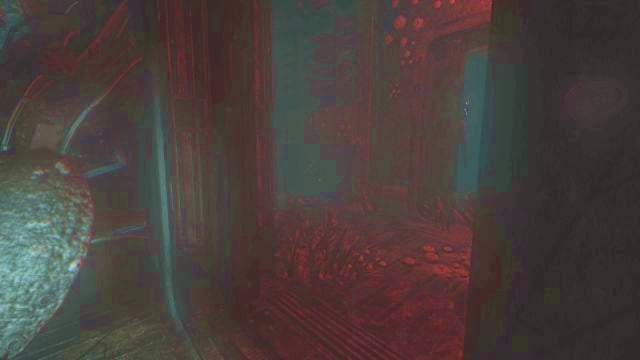 The enemy tends to appear out of nowhere, at the worst possible moment.

There's nothing to collect here, so just travel further into the ship. Open the door, go through it, and then through another, where the proper part of the chapter begins. If you go further along the corridor, you will reach a place with two pairs of doors - one leading left, and the other right. There's an old enemy, the one who doesn't like when you look at it hidden in the room on the right side. This time, however, this foe will not disappear after a short while, and will accompany you during the whole event. Sweet. 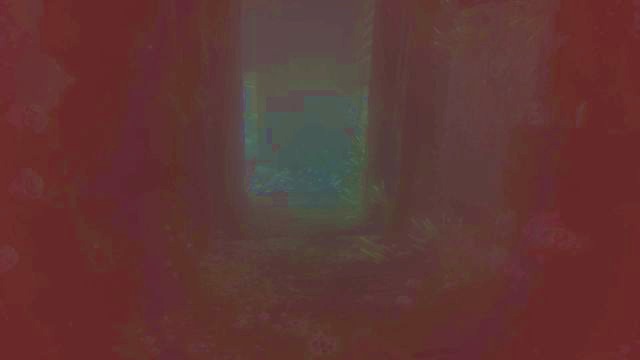 If you are hit, move away so that the character can recover from the blow and regain some of his vision.

The best solution is to just hide behind a wall, when the enemy approaches you and wait for it to just go away, so that you can safely move forward. The three principles to follow here: do not run, because the enemy will charge at you once you do that, do not look and point your flashlight at the enemy's "face" and do not stand in immediate vicinity of the foe, whether you are visible or not. If the enemy manages to catch you and hit you, move away so that the character can recover from the assault and regain his vision. 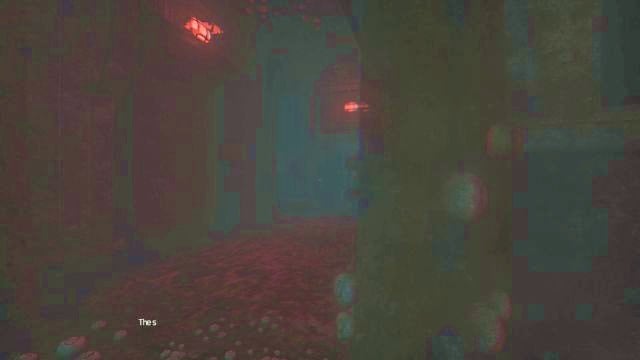 Lean out from behind corners carefully to monitor the movement of the enemy.

Ignore the room on the left side and especially on the right side and go straight ahead, to the end of the hallway. Before you turn to the right, make sure that the enemy is not there by leaning out from behind corner. When it leaves, turn right (ignore the passageway in the opposite direction, as there's nothing there), and then take a shelter in the small room on the left side. 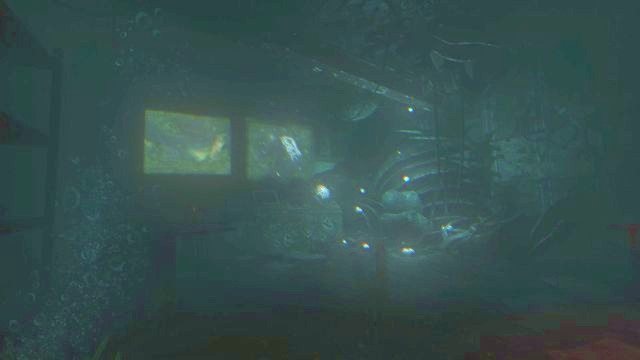 A growth which must be activated.

Wait for a short while, and when the enemy disappears in the tunnel on the right side, leave the room and go to the one located directly in front of you (a whole bunch of junk is swimming around the area). Wait for the enemy to move away, and then run into the tunnel in front of you (marked as F-1.3 - the other one, F-1.4 is a dead end), and then to a small room on the left side.

Inside you will find the familiar growth, with which you must interact. Afterwards, wait for the enemy to move away again, and then leave the room and go left - at the end of the tunnel there's a "F-1.2" writing. Turn right, and then left, and look for a valve located on the left side - you should have no problems locating it, as the area is well lit. Turn the valve, so that the ladder is lowered and then quickly hide in the room on the right from the valve. As soon as the enemy moves away, climb up the ladder. 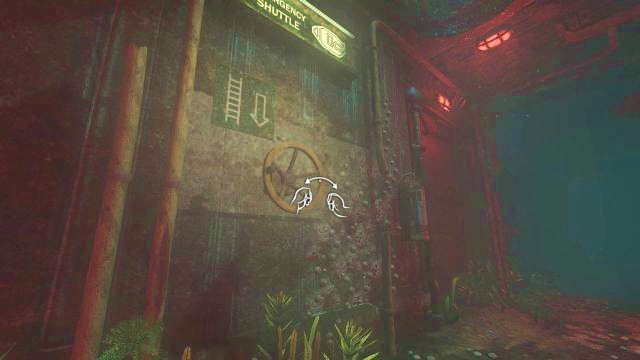 After you turn the valve, the enemy will rush at you.

As soon as you arrive on the upper floor, the game will be saved. There's nothing to collect here as well, so just go through the only available doors, until you reach a corridor marked as "F-2.3". Go right, into the "F-2.2" corridor (there's a toilet on the left side - you can't do anything there) and then take a turn to the well-lit passage on the right side. Place the Omnitool in the socket to invoke a short conversation between the main character and Catherine, from which you will learn that you must overload the ship's security systems in order to launch the emergency shuttle. 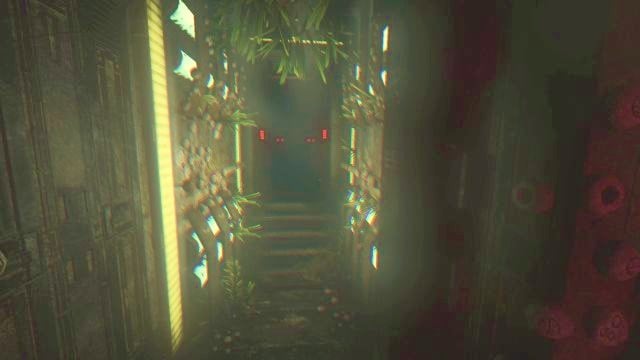 Let's hope it will work this time...

You now have to go to the upper floor. Remember the route described in this, and the below paragraph, as it will soon be your escape route (it will be, of course, reversed). Leave the emergency shuttle, turn right, and then again into corridor "F-2.2". Get to the end of the corridor, enter the door above which there's a red light, and then go to the other side of the control-like room. Go through the door, to the "F-2.1" corridor, and then take a turn to the right and use the staircase to get to the upper floor. 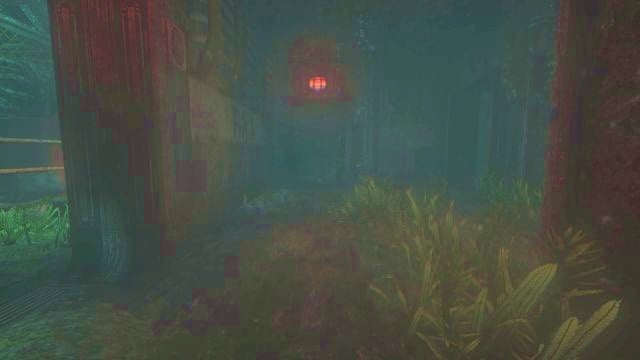 The control-like room is located to the right.

You will be in the "F-3.1" corridor. Ignore the entrance in the front, turn right, and then go through the doors on the right side. You will end up in a room resembling a cargo room - go to the stairs located on the other side of the room and run upstairs. Go along the footbridge and then turn left and enter a small room. 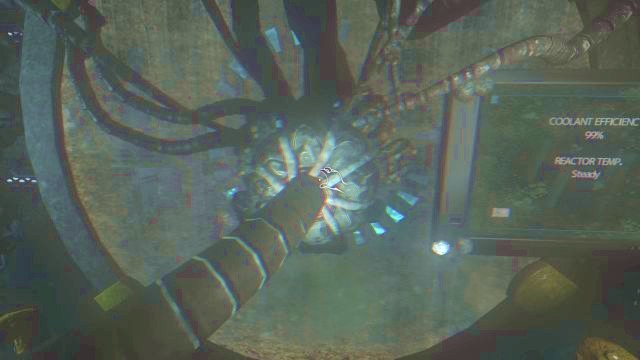 Prepare for a surprise...

You will end up in a room resembling a cooling plant of the ship. Your task is to overload the cooling systems of the ship, which will allow you and Catherine to use the emergency shuttle. In order to do so, you must tear off 3 out of 4 cables located on the sides of the room. Start off by pulling out those located in the further part of the room, and after you've done it, tear off one of the remaining two and prepare for a confrontation. 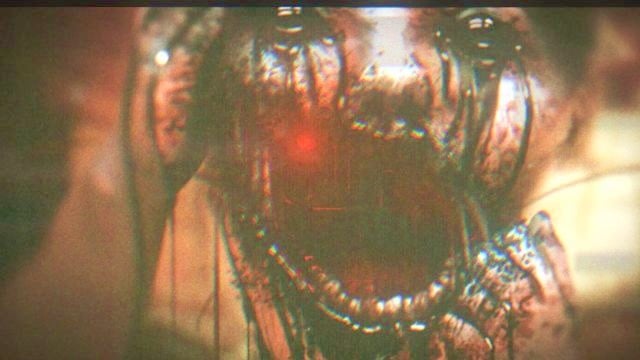 If the enemy manages to catch you, you will be presented with a number of disturbing pictures.

An enemy will appear on the other side of the room, but this time it's perfectly aware of your presence and will charge at you the moment the main character gets up from the ground. Run out of the room, turn left and then down the stairs. Turn left, go through the doors located straight ahead (the left one, not the right one). Run into the "F-3.1" corridor, ignoring the passage on the right side and then run downstairs. 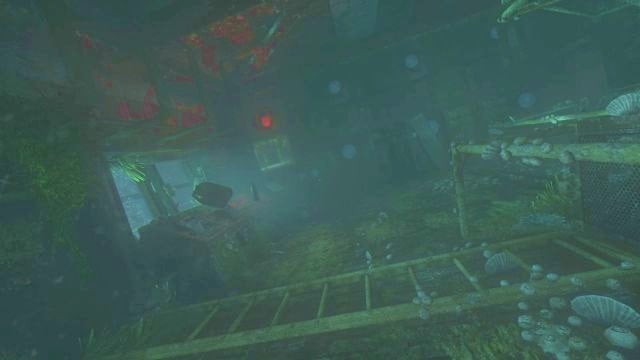 There's no time for sightseeing!

After getting to the lower floor, quickly turn to the left, run through the control-like room and enter another door. Run straight ahead, into the "F-2.2" corridor, and from there take a turn to the left and get inside the emergency shuttle. It will automatically close, and after a short conversation the chapter will end.