On this page of SOMA Guide you'll find a walkthrough for third Upsilon interior and Lambda Station locations. 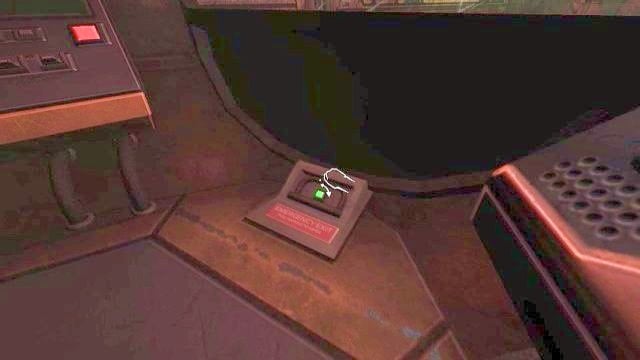 Activate the switch under the driver's seat so that you can get out of the derailed train.

After regaining control over your character, activate a switch located directly below the driver's seat, on which the main character was not a long ago - it will open an emergency exit. The screen will be shaking and tearing for a couple of seconds, but rest assured - there's no threat here. 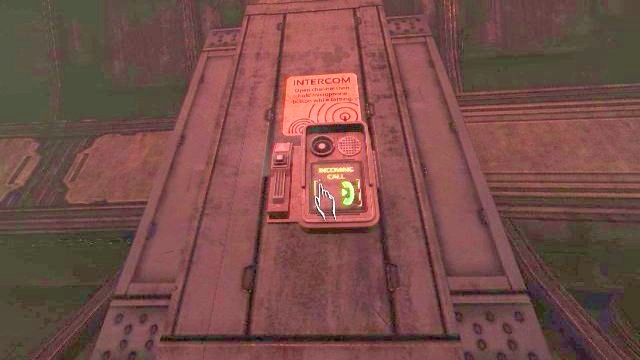 Intercom, through which you will be able to speak with Catherine.

Go straight ahead, until you reach a terminal with an intercom, positioned on the wall on the right side of the tunnel. Answer the call from Catherine, from the Lambda station, with whom the main character spoke a couple of times. After the conversation ends, go straight again, until you reach a growth, with which you can interact. 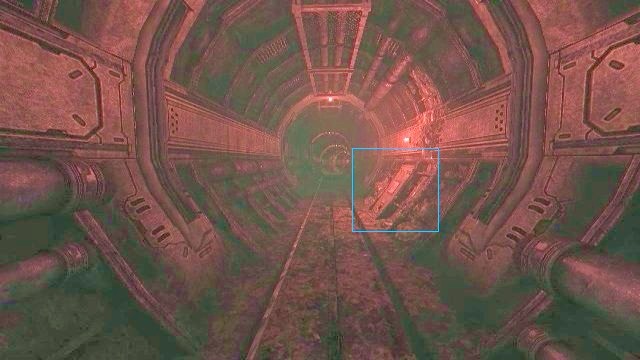 As you can see, you can't go any further, which means that you have to turn back. Go along the right wall of the tunnel and try to locate a hatch near the ground - in case you are unable to do so, look at the above screenshot. Open up the hatch, climb up the ladder, where an unpleasant surprise awaits you - you have to go back to the train to retrieve the Omnitool, which was left there. 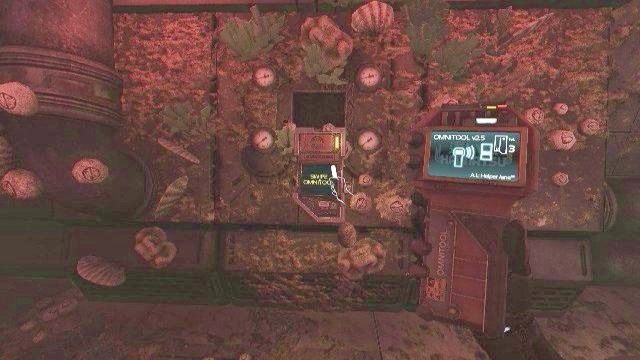 Get back to the train, pick up the tool, crawl through the hatch and climb up the ladder again. Use the Omnitool to activate the mechanism - after a couple of seconds the room will be filled with water. Climb up the ladder - another underwater level awaits you. 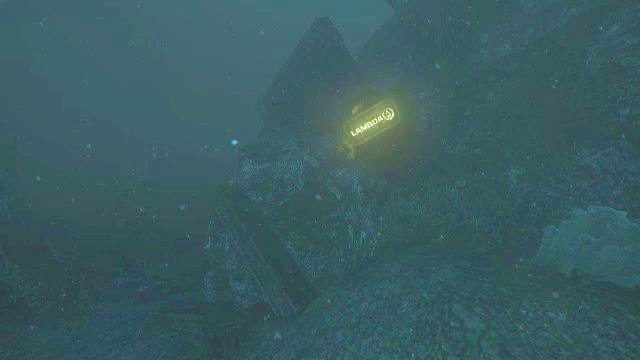 The Lambda sign is one of the few reference points in the area.

Just like the previous one, this level is extremely linear - there's no way to get lost, and there's hardly anything to do here. Go straight ahead until you reach a yellow "Lambda" sign. 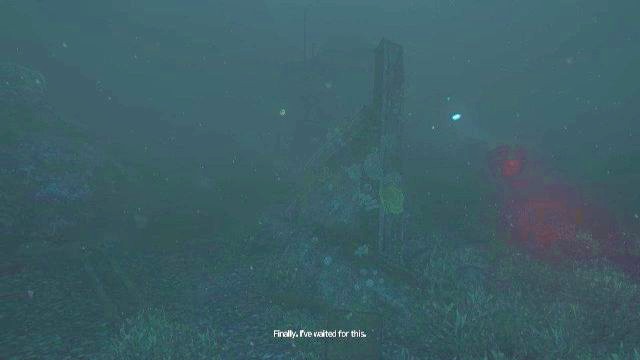 The enemy appears literally out of nowhere - sometimes it's too late to react.

A swimming enemy, known from the previous underwater level awaits you in this area. There's only one problem here - the enemy is extremely hard to locate from here, as the visibility isn't the best. You should move around the area slowly, taking a short, few seconds long breaks from time to time to try to pinpoint the location of the foe. The enemy is patrolling the area along a straight, linear pattern, but changes its position frequently, giving you very little time to get past it. Use the rocks on the left side to hide from its view, and as soon as the enemy starts swimming in the direction you've come from get out of the cover and quickly (but still crouching) slip past it, continuing to go straight ahead. 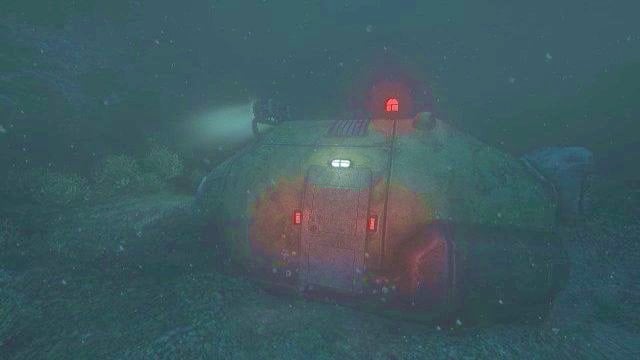 Inside the vessel there's an Omnitool terminal, but you lack the appropriate chip to use it.

After a short while you should be able to see a group of buildings, being the Lambda station itself. On the right side there's a window through which you can check the insides of the building, but you won't be able to enter from there. The proper entrance can't be missed - it's illuminated by a strong, greenish light. To the left of this entrance there's a small submarine, but you won't be able to activate it, as your Omnitool lacks the appropriate chip. 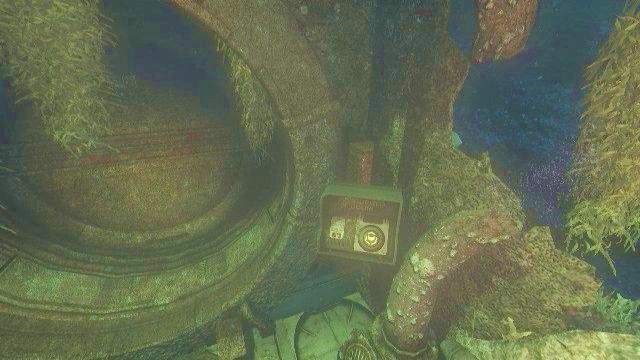 The entrance to the Lambda station cannot be missed.

Open up the hatch to the Lambda station, get inside, and then use your Omnitool to pump out the water, what will open the other floodgate.