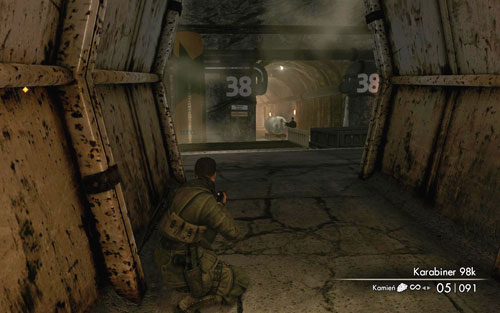 Inside the first part of the tunnels you will be accompanied by a deafening sound of a moving machine. Right after reaching the first branching, head into the narrow corridor (like going right [#6]), don't go straight. One soldier will enter corridor 38 - wait for a sound and eliminate him. 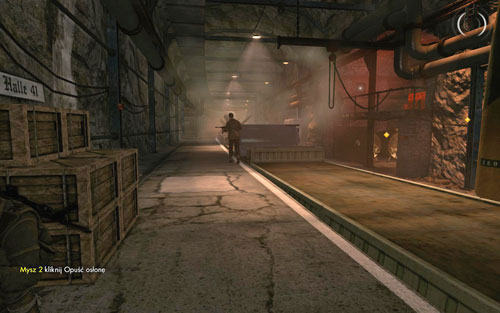 Wait for another sound and eliminate the guard leaning against the barrier - there's a chance he can be noticed by two other soldiers - in such case, when one of them (or both) head up the stairs, use this fact and kill them as well. 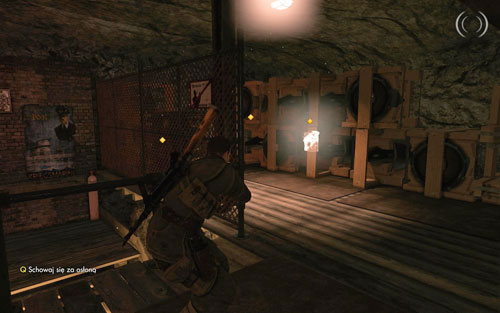 Go up the stairs to plant the first explosive charge [#7]. 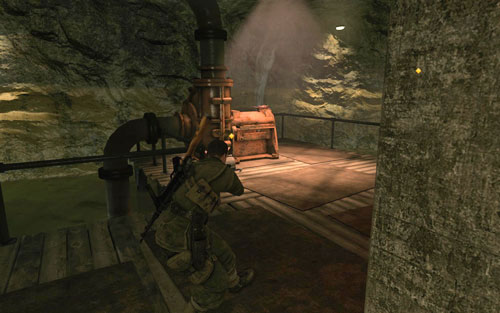 Slowly head to corridor 39 - on your way there you should come across one more German - if you're close enough to the starting point, you shot should still be drowned out. Inside one of the nooks inside the corridor you should find a machine to which you need to attach the next explosive charge [#8]. Beside you will also find an ammo crate. 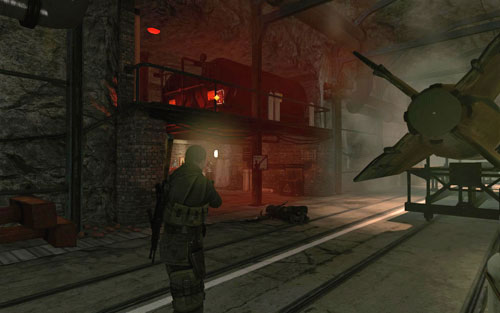 Head to the other side of the tunnel, towards the place where you have to plant the last explosive charge [#9]. Inside the corridor you should come across 2-4 soldiers (probably two on both sides), depending on whether you have eliminated some of them before (e.g. one of them could have seen a dead body or you came across him in a corridor). If you don't want to engage in a shootout, use stones to lure the soldiers somewhere closer, where you will be able to use the pistol. Once again go up the stairs to plant the explosives. 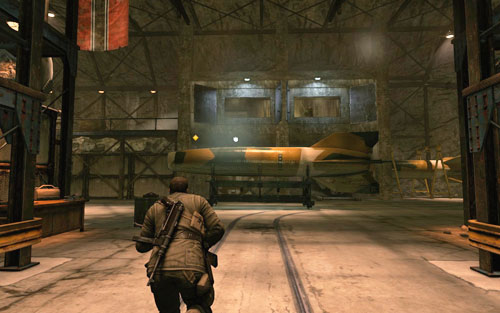 After planting all the charges, head towards the office [#10]. You can enter it using the scaffolding on the left, the narrow corridor or stairs by the office. 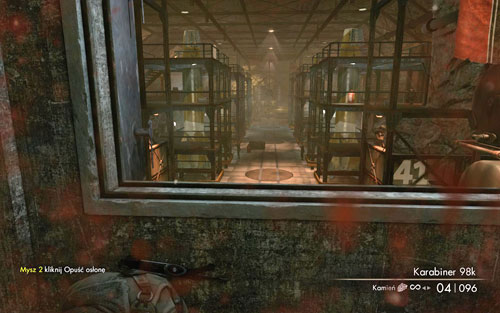 After getting there, a cinematic during which you will eavesdrop on a conversation will play. Unfortunately you will be noticed and a shootout will begin. Hide behind the wall below the window to avoid enemy fire. It's a good idea to move from one end to the other after shooting - thanks to that the enemies will shoot at your previous location and you will be able to easily lean out and eliminate one or two of them. Keep repeating this until you clear the whole area. You should also search for propane tanks which can be shot to cause an explosion and kill nearby soldiers. 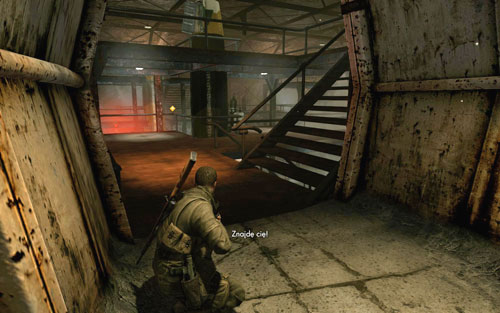 As the alarms go off, it will be high time to escape - don't hurry however, try to have a clear path before leaving the office. You can head back through the narrow corridor which led you to one of the scaffoldings - however be careful, as even if you've cleared the area before, some more Germans are sure to appear. It's worth to consider following the lower path. 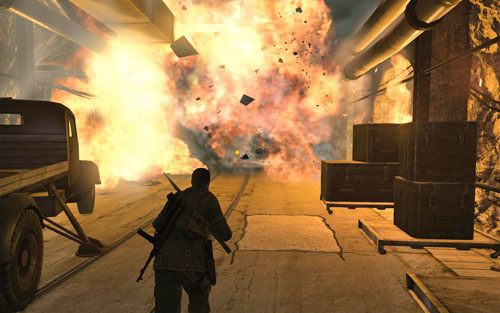 Gradually, the whole place will start exploding. As you reach the rocket - which will also get destroyed - you can just start running towards the tunnel exit [#5].

Objective 6: fight your way out of the facility 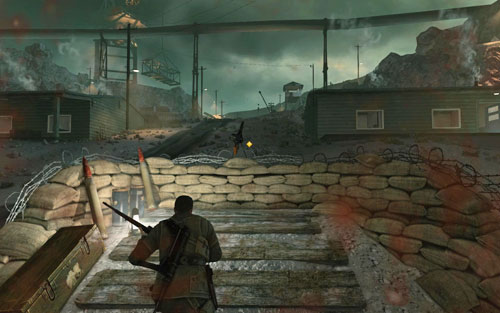 After heading out of the facility, run towards the machine gun [#11] while eliminating a sniper who has appeared on the guard tower. Soon afterwards a truck filled with Germans should arrive - the machine gun is much better against them, but of course nothing stands in the way of using the sniper rifle. A second truck will appear soon as well. After eliminating all the soldiers, head towards the exit gate [#12].