On this page of our guide to Sniper Elite 4 we have put together all the most important information about finding secrets and collectibles. You will learn about the types of in-game collectibles and the circumstances of finding and classifying them as earned. 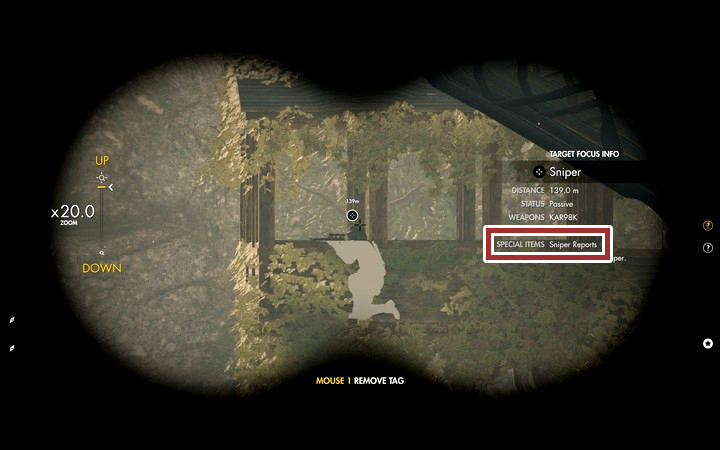 In the game, there are 7 types of collectibles that are grouped on independent lists. Some of them (stone eagles, letters) can be located with binoculars and marked as targets. To "scan" a soldier, look at him through the binoculars and mark him, using the firing button. Then, wait until you receive detailed information about that collectible - collectibles are in the Special items category, in the nearly last position, which is why it takes a while to scan the items thoroughly. It is a good idea to mark your opponents from vantage points and remember which ones have the letters on them.