On this page of our guide to Sniper Elite 4 you will find out how to get to an enemy base as part of the final mission of the game - Allagra Fortress. In the guide we present a few variants of base infiltration scheme. 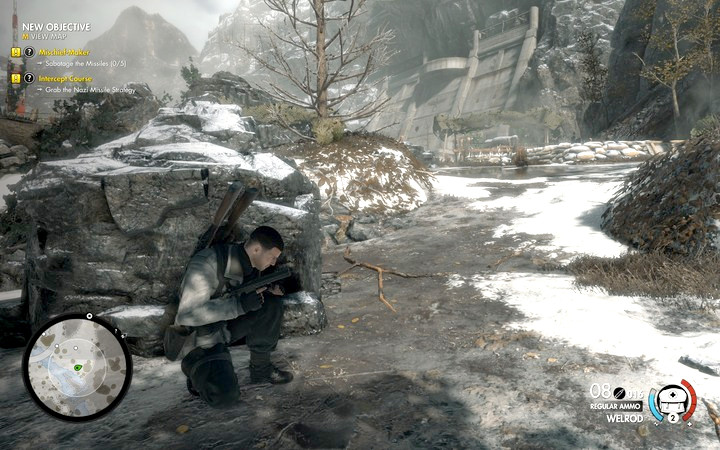 Silently, make it over towards the bunker on the right. If necessary, you can crawl there.

The optimal way to enter the base is to take the entrance on the left, or on the right of the fortress, because the middle one is heavily guarded. What you do is this: run towards the bridge in the middle and cross it to reach the rock. Watch out for enemy units who see better in daylight. Then, get behind the rock to the east and wait for the guard to walk away. Then, go north slowly, dashing between covers. 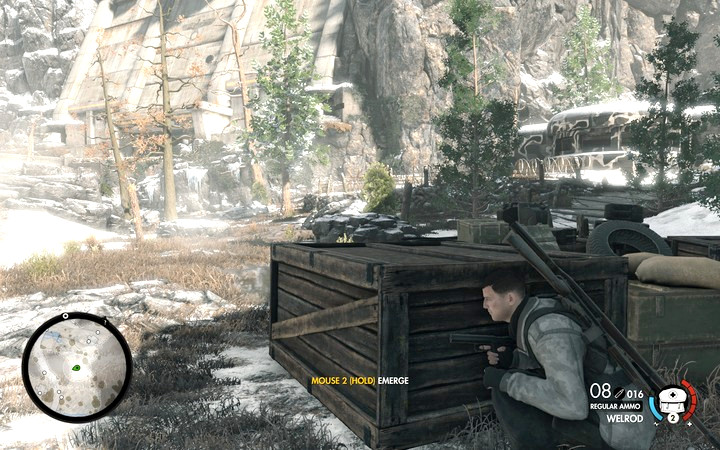 Inside the bunker, there is only one opponent. Another one is outside.

Now, seize the first bunker (M8,2). After the guard across the window turns in another direction, dash up and make it over into the bunker. Then, deal with him. Afterwards, eliminate the other guard outside. His corpse should attract the attention of the officer (in the distance, on the stairs, there also are two Jaegers). What makes the officer useful here (M8,3) is that he has safe combinations. If you want to blow the safe up, you can ignore the officer and the guard. In the bunker, there is some ammo and other useful stuff. 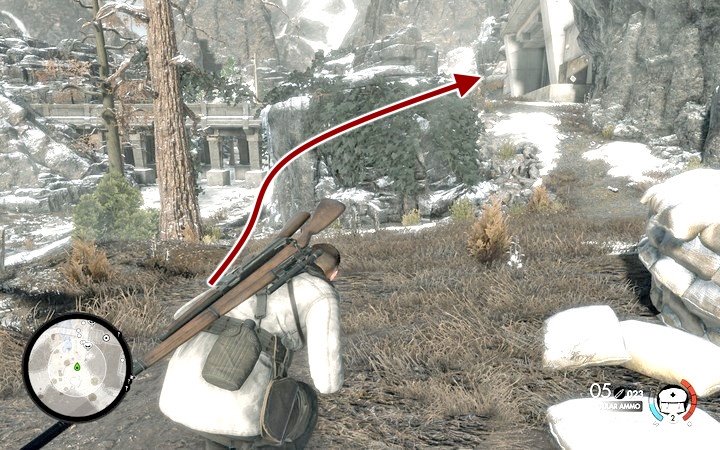 Afterwards, dash under the bridge to its other side. Run while crouching and watch out for the guards. If they are too close - wait. Right after you climb the stairs, you will get into a safe corridor (M8,4). At the end of the corridor, climb up to the first level. 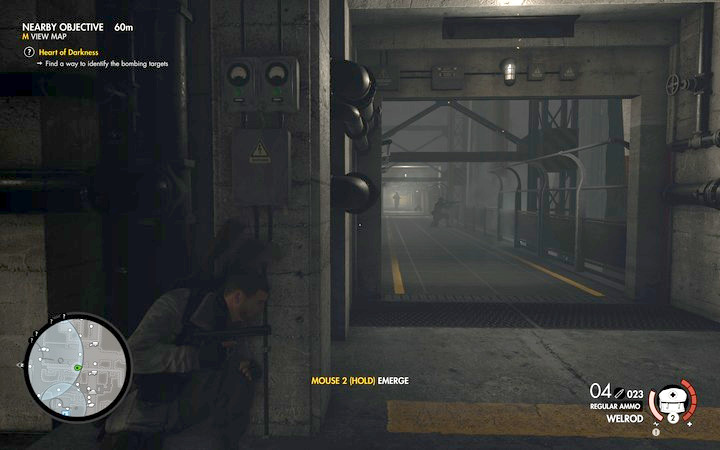 Also on this level, there are two snipers. Take one down at the fork and wait for the other to come to you. It is better not to attract them by making noise, or you will also attract others.