On this page of our guide to Sniper Elite 4 you will find out how to destroy two cannons and how to break into Rothbauer's safe as part of the seventh mission of the game - Giovi Fiorini Mansion. In the guide we have included routes to guns and possible ways of stealing documents from the safe. 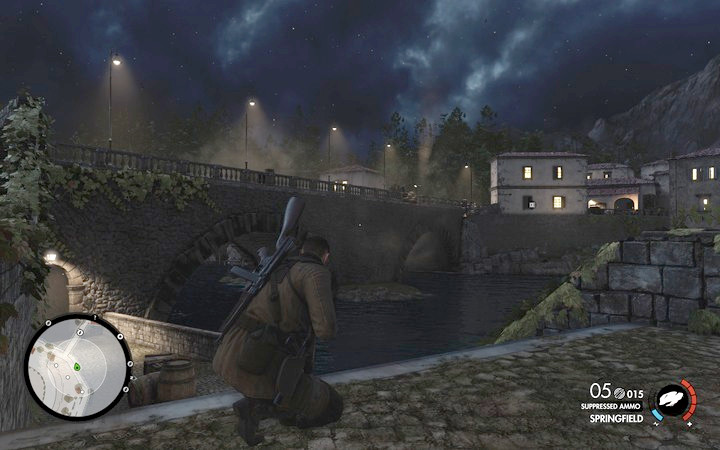 Run onto the bridge, blow up the cannon quickly and leave the island

After you have assassinated Rothbauer, exit his mansion across the main entrance and jump down into the groove from the northern side and then, down near the water. There, you will be safe from any soldiers and you can easily walk onto the first bridge without being seen. Wait for the guard by the cannon (M7,6) to go (either get him from behind or shoot; throw the body into the water), plant the explosive, dash towards the town and hide behind the barrels. 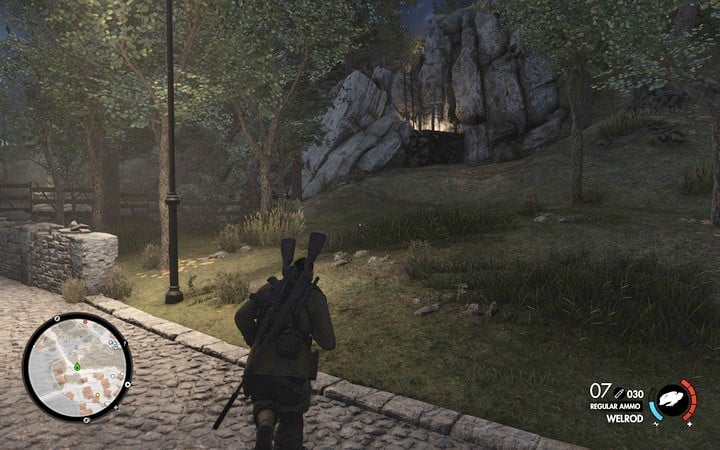 Take the road west. After you climb up the ladder, you will run int a conflict between the Nazis and rebels

At the crossroads, go left and walk onto the road. Go west. You only have to be more careful by the second bridge, where there are several guards. You do not have to fight them. Follow the tunnel, towards the second cannon (M7,7) on the hill. 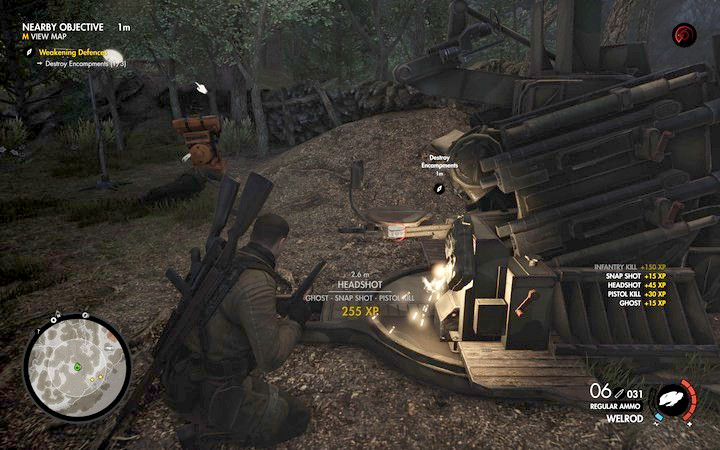 Blow up the second cannon - you can still do that without being seen, although it is going to be more difficult this time

It is being guarded by three soldiers. You will either have to distract them or eliminate them, where the latter is safer this time around, and more convenient. There is nobody around who would come to their aid. 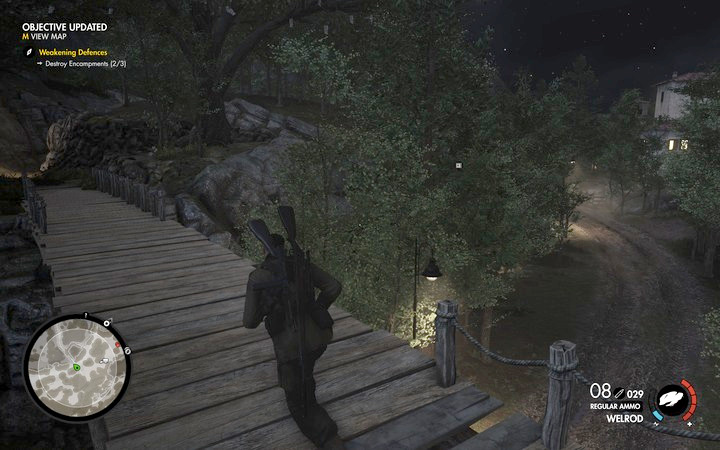 Go north and onto the wooden bridge. You will reach a tunnel, where there is a bunker entrance (M7,8). 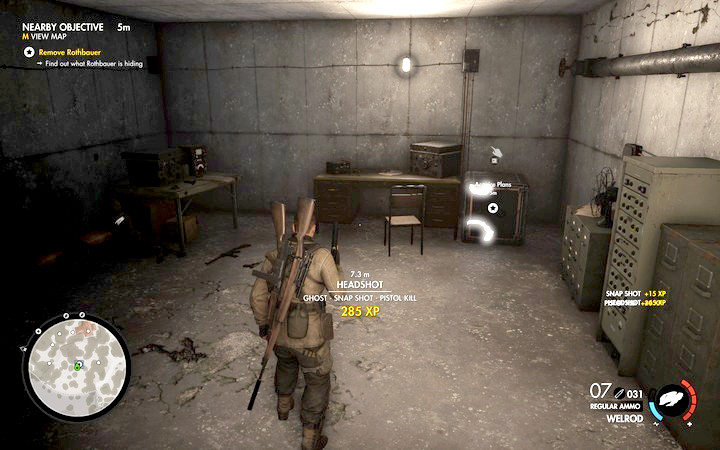 Inside, there are no more than two enemies: one patrolling the corridors and the other one in the room with the safe in it. You can either blow up the safe (M7,9) , or use the combination that you have found on Rothbauer. Return to the road now head north, towards the town.