On this page of our walkthrough to Sniper Elite 4 you will find general information about the objectives of the sixth mission of the game - the Magazzeno Facility. You can complete four main and four side goals. Each of them allows you to gain XP. Also, we provide some additional information and intel about a jamming cannons that may interfere with your shots. 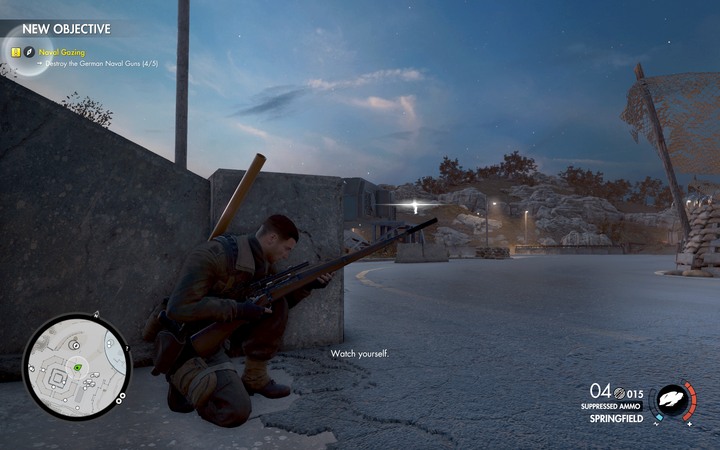 The mission is not as difficult as it looks. You must get to the north through two sections of the base and, in the meantime, complete minor objectives. There are two ways leading north - on the east and west side. The area is patrolled by three snipers and a tank that rides on the roads.

Additionally - in this mission, there is almost no suppressed rifle ammo. However, in two regions (in the first sector of the base and in the north, near the radar) your targets are two giant cannons. They shoot at small intervals (before each shot you can hear the reload) so the sound can mask your sniper shots. Be sure to destroy those cannons after you finish all objectives in the region.