On this page of our guide to Sniper Elite 4 you will find out how to get to the wreckage of the plane as part of the third mission of the game - Regilino Viaduct. Locating a shot down machine is an optional objective, but also an opportunity to gain valuable experience points. 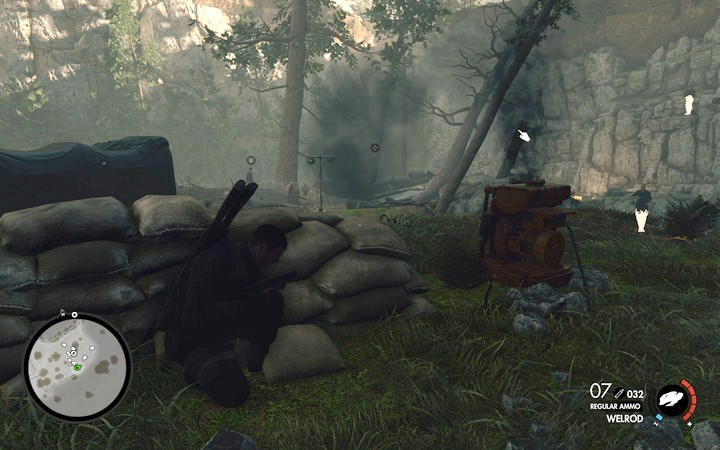 The generator will distract the enemies at the wreckage

Now, you could focus on the crashed plane in the south-eastern part of the map (M3,10). If you do not care about achievements, you can kill silently as many opponents as you want, while hidden in the bushes, and finish out the rest of them with your machine gun. There will be nobody coming to their aid.

However, if you still want to deal with things sneakily, do the following: 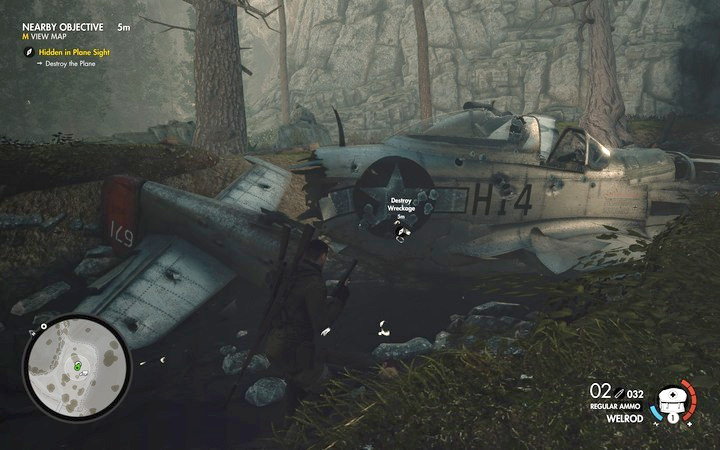 You need several seconds to plant an explosive on the prototypical plane...

If you are fast enough, some of the soldiers within the generator's noise will start looking at it, whereas the rest of them will be looking at the plane, where the stone struck. At the same time, while crouched, sneak up to the plane and plant an explosive with a timer. Now, you do not have to care about anything and you can sprint out of there.