On this page of our guide to Sniper Elite 4 you will learn where to find the American pilot in the third mission of the game - Regilino Viaduct. With our guide you will learn not only about the location of the pilot's corpse, but also about potential threats on the way to his body. 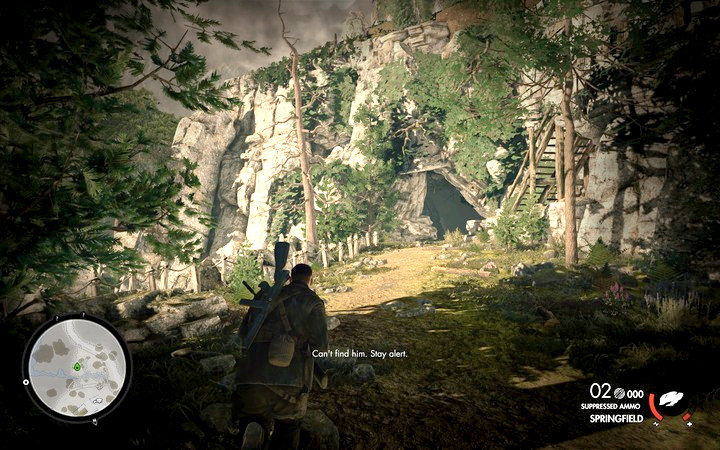 Tunnel entrance from the base

Watch out for the sniper there (M3,5). He is next to the cannon, on the bridge. At high difficulty level, it will be nearly impossible to take him down. 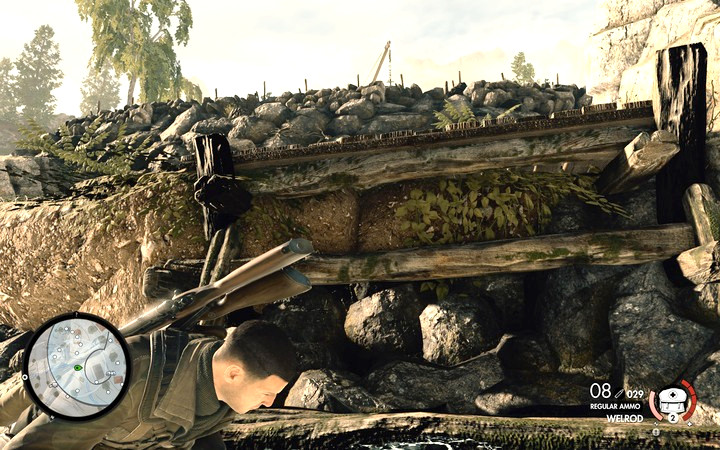 The spot in front of the church, where you can go up the stream

After you exit the tunnel, you will simply have to follow the edge of the rocks until you reach the river, and by following the river, you will reach the church. Climb up a little, hide in the bushes and toss a stone to the left of the church's main entrance. 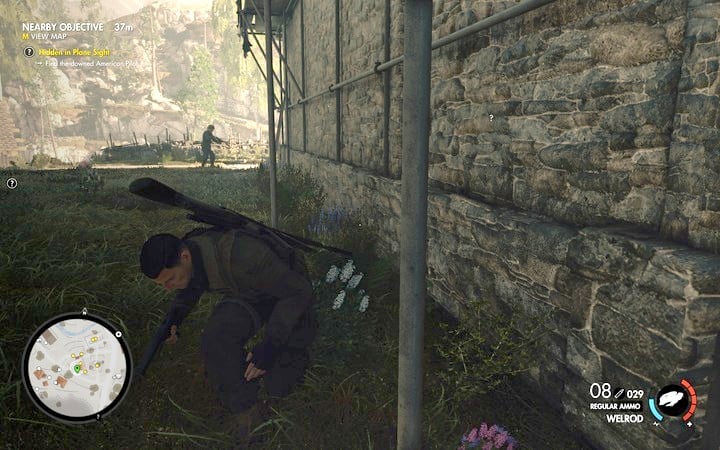 Walk behind the church, while the enemies are stunned

After the soldiers react to that, run behind the church - there you will find the entrance. Eliminate quickly the guard there and toss his body into the church. In the church, there also is an officer. If you have been fast enough, he will now be looking in the direction in which you have thrown the stone. Hide his body under the tower. 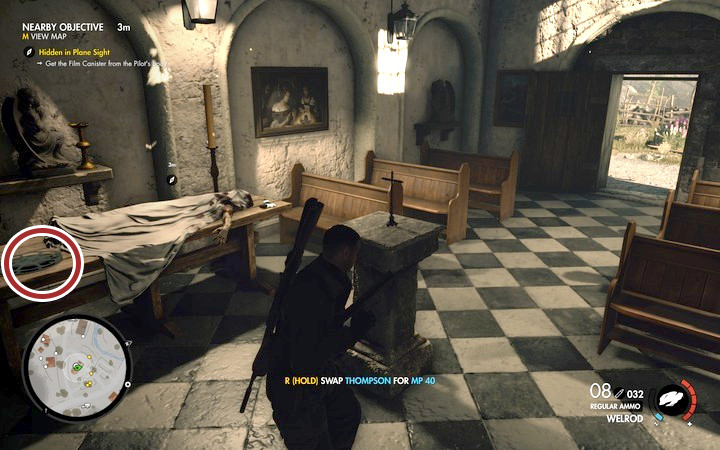 Inside the building, there is the pilot's body and a tape

It is best to snatch the tape next to the dead pilot and exit to the rooftop of the building, where you will have to wait for a moment until the soldiers calm down. You can also distract enemies by destroying the truck at the eastern rocks, using a suppressed weapon (M3,3).