On this page of our guide to Sniper Elite 4 you learn how to get to the depot and the ammunition vehicle as part of the third mission of the game - Regilino viaduct. Our guide presents two solutions - the more obvious and the more alternative one. 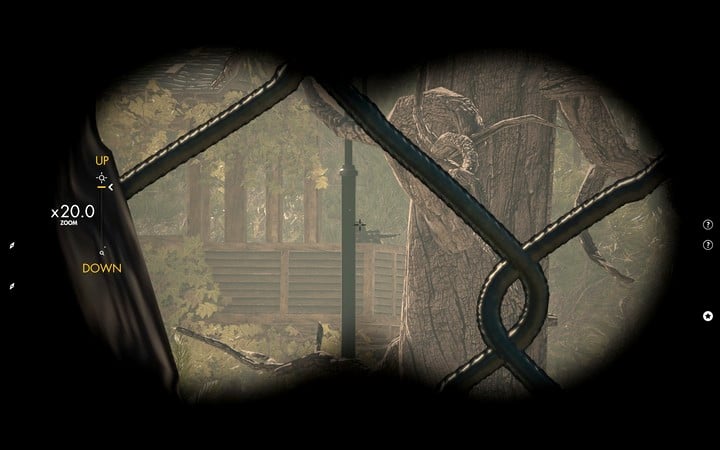 Both of the targets are in the north-eastern part of the map (M3,7), (M3,8). The camp area is guarded, among others, by a sniper (M3,5) on a watchtower. Try to approach, e.g. to a distance of 100m to make sure that your shot will be accurate (you can infiltrate the base across the hole in the fence). 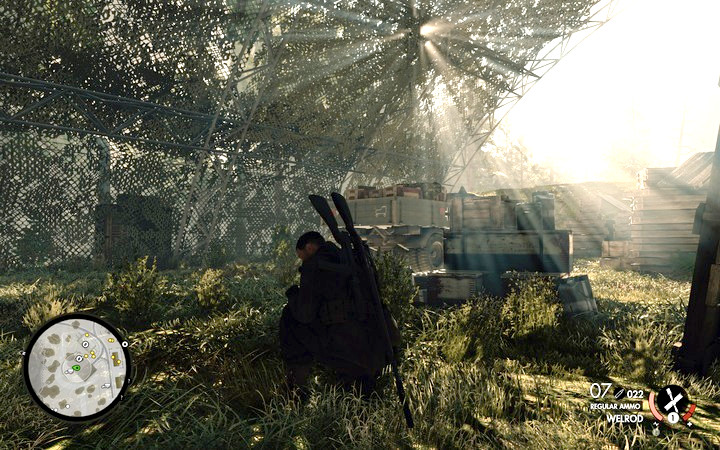 Ammo truck inside the base

Now you can get near the ammo truck under the roofing. One pistol shot will be enough to blow it up and complete your first objective. 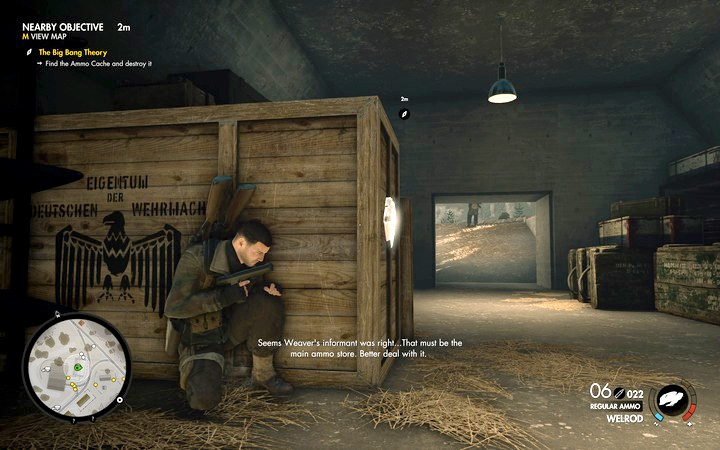 Inside the bunker, there is a big ammo cache - you do not have to get away to a large distance. Simply, leave the room.

Wait for a moment, for things in the base to calm down. Then, sneak into the bunker, where there is another ammo cache. There, you will have to plant a bag bomb with timer, so make sure that the escape route is clear (it is safest to escape towards the truck that you have just blown up - there are many crates there, which will provide cover).

The ammo truck is not in the base from the very beginning of the mission. You can destroy it sooner. Right at the beginning of the mission, you will see it on the map (to be more precise, outside of it - marker to the south). The truck follows the route from the tunnel to the south (M3,6) near the lumber mill, the church and straight into the base (M3,7). However, to eliminate it before it reaches the base, you will have to act fast and at this point, unfortunately, this becomes your priority - you only have 3 minutes. Thanks to destroying the truck before it reaches its destination, you will complete Interceptor! challenge. 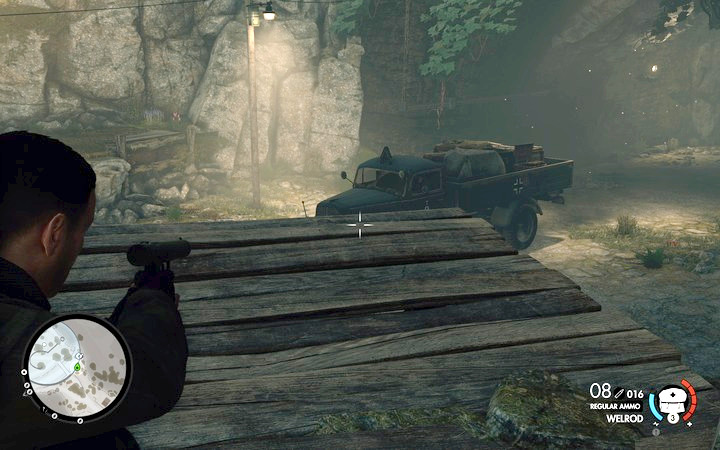 The truck leaving the tunnel

One of the options is to sneak up near the lumber mill, from the south. However, this is not too easy, because the outpost is quite heavily guarded. You would have to try and dash between bushes and obstacles without being seen, while using stones to distract enemies. 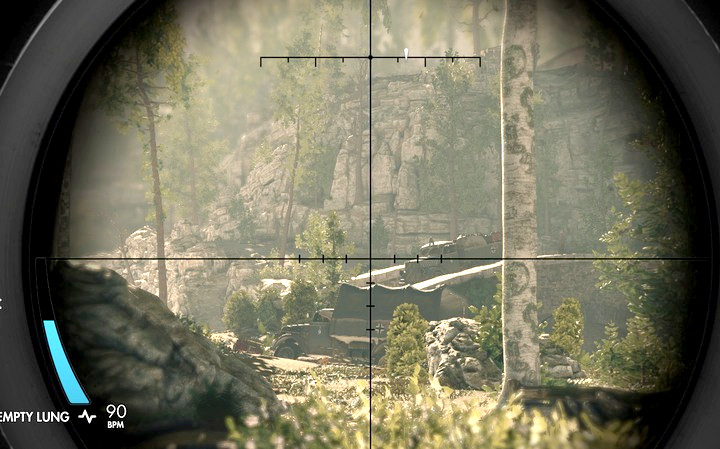 The alternative way is cross the mine field (M3,1) across the middle of the map. Past the path, enter the water. Follow the stream until you spot the bridge. There, wait with the sniper rifle equipped (M3,14). It is enough to take one shot (you can even fire suppressed ammo) in the truck's gas tank, or use an explosive to eliminate the target.