On this page of our guide to Sniper Elite 4 you will learn how to kill four officers in the first mission of the game - San Celini Island. The guide provides information about the location of officers and the best ways to eliminate them.

Your task will be to eliminate four officers. 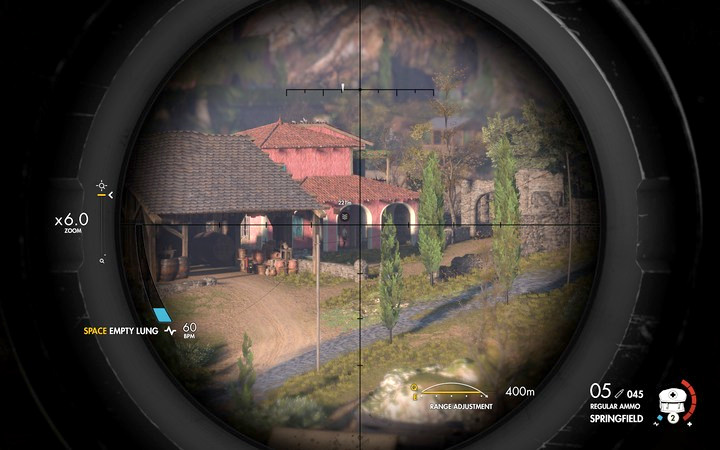 You can take out the first officer from the ruined tower (M1.2) at the beginning of the game. He's by the pink house on the left (M1.1), 200m away (use binoculars to adjust range). The lowest difficulty level does not include gravity or wind. However, if you are playing on a higher difficulty level:

Draw your attention to the fact that if you use suppressed ammo, the power of your shot will decrease and you may actually just wound your target (if that happens, the nearby soldier will heal the officer). The first shoot will not reveal your position but your enemies will become suspicious. If you don't want to be detected at all, you should change your location or wait for an incoming plane to drown out the gun fire. 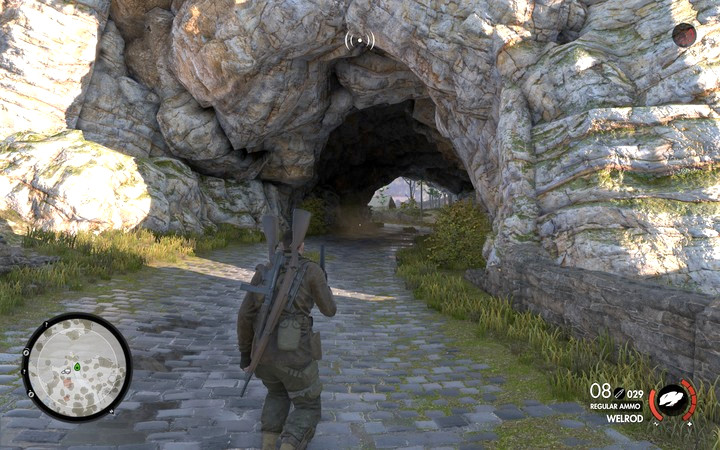 There are no enemies in the first cave

The second officer is located in a small dock in the south part of the map. It's easy to get there without raising the alarm by using the first tunnel on the right (M1.3) and following the brick road. When you reach a cliff, separated with a fence, crouch and run next to it. 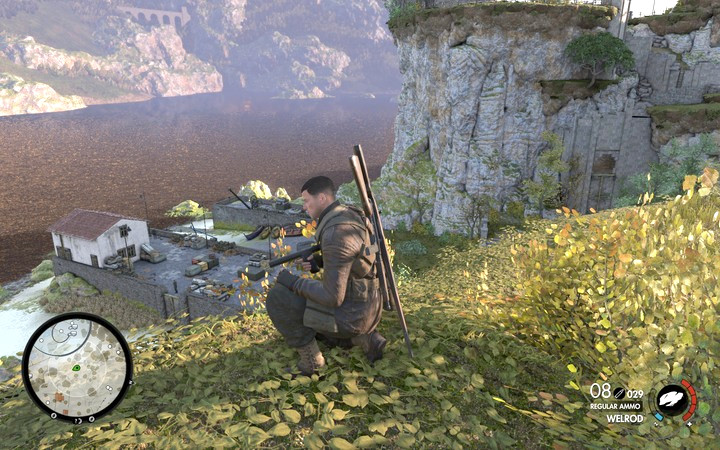 Soon, you will be able to go lower near the burned out bonfire (M1.4) - it's a good sniping position: you can safely hide in the cave, enemies will not spot you here, and you will remain within an optimal distance from your target (M1.2). 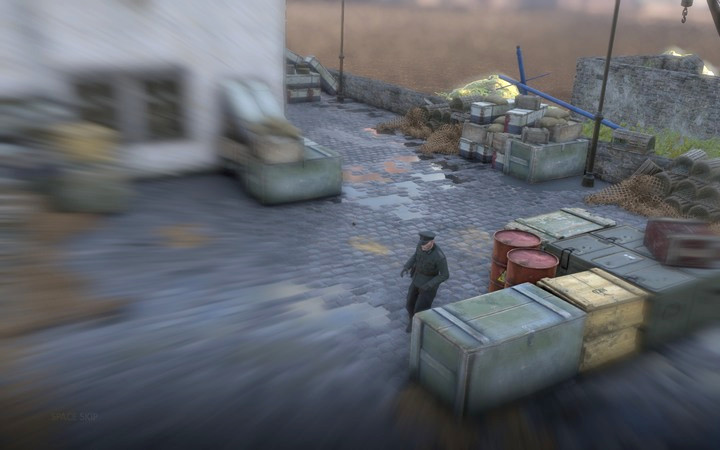 If the fallen body lands behind an obstacle, it will take some time before other enemies can spot it.

It's best to wait for the officer to halt. Adjust the range to 100m (your target is about 60m away from you) and aim slightly below the head - firing at a target that is closer than the adjusted distance will make the bullet go slightly up. Don't hesitate and use suppressed ammo. If you hit your target when he is standing behind the crates, it will take some time before anyone notices that he is gone. 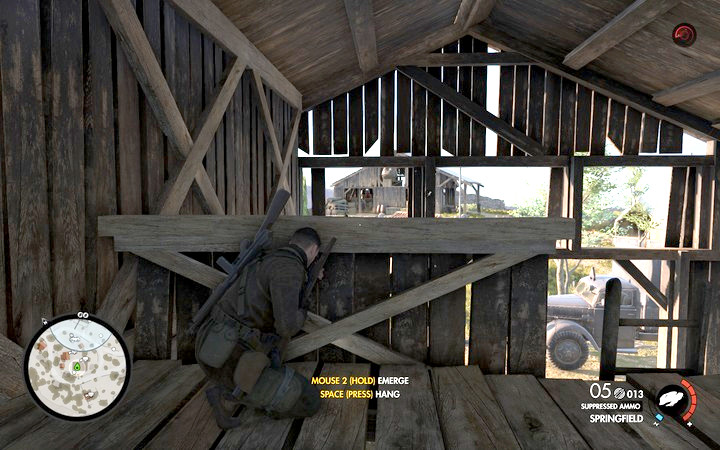 This is a tough one to kill. It's best to get to him from the south side via the seaside and climbing near the ruined tower (M1.6). It won't be easy to spot him from the tower, as he is in a barn located 100m away (M1.3) (the same one where the camera is located). You may lure him out by shooting the camera, barrels or the hook by the barn. However, this is a rather careless move.

A more reasonable approach would be to move to the other barn (M1.7) and use the ladder to reach its upper floor. From there you will spot the officer busy with a shooting range inspection. 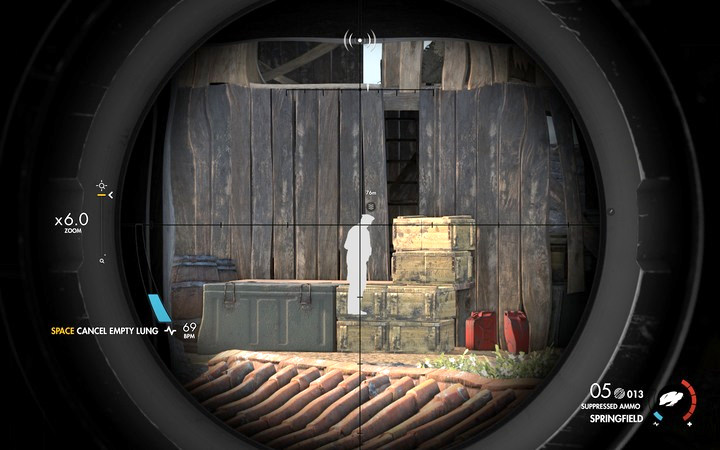 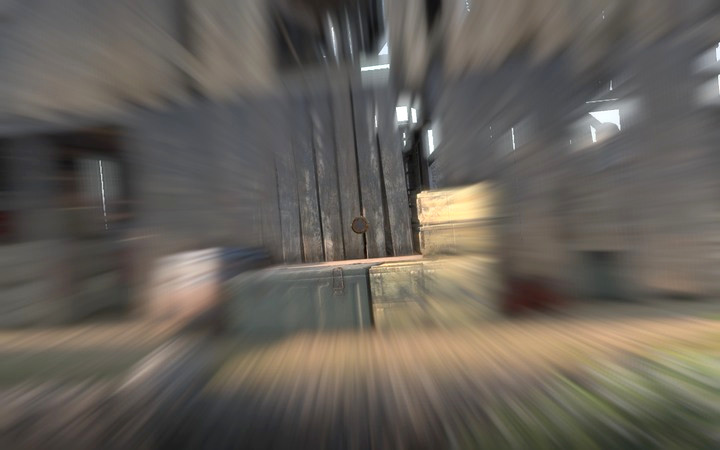 Your regular ammo can pierce through wooden objects

It's possible that he will be standing behind a wooden wall and you won't be able to see him. However, if you marked him with your binoculars, you can ignore the wooden obstacle and fire at him. The only catch is that you would have to use your regular ammo.

The major disadvantage of the location is that there is no easy escape way. It's best to wait till the soldiers stop searching for you, or distract them by hitting different objects (use suppressed ammo). 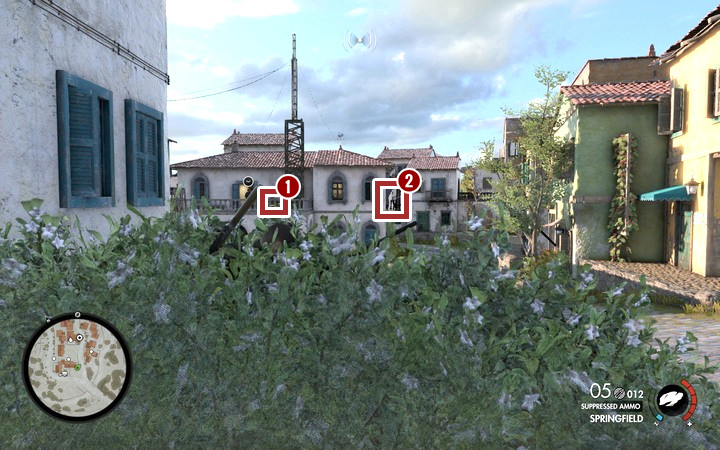 The last officer is located in the city, in the east. You can find him in a white building on the upper floor (M1.4). He moves between the room and the balcony, where he can be eliminated from the south or the west side. You may want to reach the first building from the south (in a straight line from the target, not far from the bridge) ad hide in the bushes (M1.8). From there, you can use suppressed ammo to kill him when he stops by the window or the balcony (2).

Above the entrance, on the second balcony, there is an orange device (1) - fire at it (you can use your hand gun with the silencer) and it will make a lot of noise - enough for the other soldier to come and try to fix it. This way there won't be anyone who could report the murder. 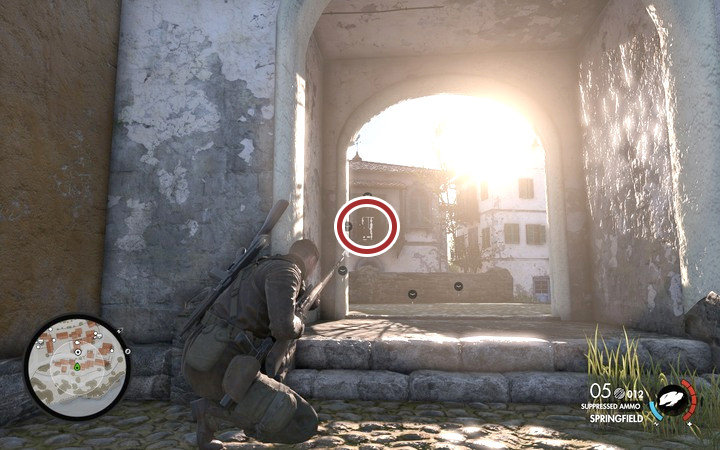 You may also assassinate the target with your hand gun

You could also eliminate the target from the west side (after taking care of a nearby Nazi) (M1.9). All you need to do is wait for the target to approach the balcony and turn around - lean out and fire (you can even use your hand gun).