Guide to Sniper Elite 4: Italia is a complete set of key information about this game. The main purpose of our guide is to help you complete the plot at the highest difficulty levels, where wind and gravity prevent easy targeting with sniper rifles. Our walkthrough includes a detailed description of all the main missions of the campaign. In our guide you will find a map of the location for each task, information about the mission objectives that have to be completed and tips on how to pass the challenges offered by the task.

Separate chapters contain information about secrets and collectibles, such as letters, figurines and other documents, as well as helpful weapons which can be found on the maps.

In our Sniper Elite 4 guide you will find a detailed walkthrough with many guidelines. It contains mainly valuable tips for beginners, which describe the unique mechanics of the game. In addition, the guide will help you learn more about the use of sniper rifles, weapon upgrades, sneaking around and changes in the game depending on the difficulty level you choose. The whole is complemented by a trophy guide, in which we described in detail all achievements / trophies of the basic campaign.

Sniper Elite 4: Italia is another installment of a shoot'em'up in stealth series, which allows you to play the role of a sniper during World War II. This time, the player has 8 levels at his disposal. Each level has completely different characteristics of the environment and you can complete it in various ways. The high difficulty levels have been designed to provide the highest possible level of realism, and the player has a lot of weapons, gadgets and traps at his disposal.

In our Sniper Elite guide you will find a complete walkthrough for all 8 missions of the game's basic campaign. Each mission is a mini-chapter, which you may find on the following pages of our guide. Each section contains a map of the world atlas, a sub-chapter about completing challenges and descriptions of main and side mission objectives.

The maps in Sniper Elite 4 hide a lot of collectibles. Our guide will help you to find 100% of secrets, which include various kinds of letters and documents, reports of snipers, or stone eagles.

All achievements and trophies in Sniper Elite 4

Our Sniper Elite 4 trophy guide will help you get all the achievements / trophies available during the main campaign. The basic set of trophies in Sniper Elite 4 includes 38 bronze trophies, 10 silver trophies, 2 gold trophies and 1 platinum trophy.

Some particularly demanding or complex achievements are discussed in more detail on separate pages of our trophy guide:

How long does it take to complete Sniper Elite 4?

The amount of time needed to complete the game varies greatly depending on how you intend to play it, what additional activities you plan to deal with and whether you have access to additional missions:

No, Sniper Elite 4 does not have high hardware requirements. Like the previous versions of the series, the game is also well optimized. It should run smoothly on both, a few year PCs and consoles.

The minimum system requirements of the game are very low:

Recommended system requirements should also not pose a big problem:

More information is available on the System Requirements page of our guide, where you will also find our game experience and the answer to the question whether you need an Internet connection to play the game.

Do I have to play the previous parts of Sniper Elite beforehand?

No, that's not necessary. In the following parts of the Sniper Elite series, Karl Fairburne remains the playable hero, although none of the games puts a very strong emphasis on the plot. This is no different for Sniper Elite 4. The most important thing is proper gameplay, i.e. sneaking around on maps, eliminating Nazis and fulfilling mission objectives.

If you like the sniper character of the game and you want to visit other interesting locations, we recommend you to take an interest in the following titles:

Our game guide should be especially helpful if it is your first contact with the Sniper Elite series or if it's been a long time since you played another part of the franchise. On separate pages of the manual we discussed many problematic issues:

What versions of Sniper Elite 4 are available? 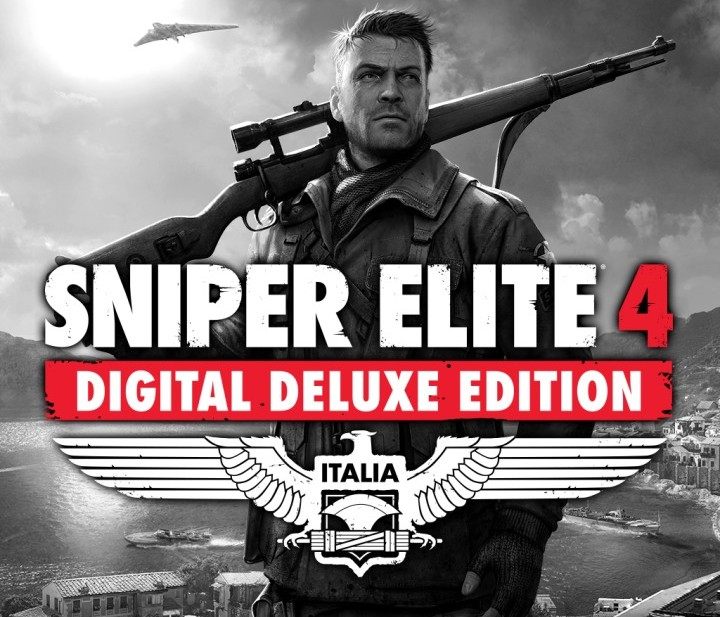 1) Standard - it is offered in a retail and in digital form. It only guarantees access to the main campaign.

2) Digital Deluxe Edition - in addition to the main campaign, it also includes a season pass. A season pass includes the following items:

You can also purchase your season pass separately - the game will automatically update and unlock all items reserved for Digital Deluxe Edition.

If you received Sniper Elite 4 as part of the Xbox Game Pass or PlayStation Plus (PS+) service for "free", you will only have access to the basic campaign. Tasks included in the season pass must be purchased separately.

Does Sniper Elite 4 have any plot choices and different endings?

No, Sniper Elite 4 does have any option to make choices during the main plot. Also, there is only one ending available. Campaign missions must be carried out in a top-down order. What's more, even if you don't perform some optional tasks in a given mission, it won't have any influence on the course of the next mission.

It is worth noting that Sniper Elite 4 offers a lot of freedom in the subject of how to play through the mission. Each mission takes place on a huge sandbox map that you can explore as much as you want. This allows you to reach the mission objectives from different sides and perform the received orders, e.g. by relying on surprise attacks or traps. Each map has a lot of additional activities waiting for you - for example, you can do optional tasks or search for collectibles.

The game doesn't score any challenges - why?

In our walkthrough we inform about the challenges related with each of the missions (e.g. killing x enemies from hiding or completing a task without taking damage), although they do not appear on the list of objectives when you complete the game for the first time. This is not a result of an error, but a deliberate action on the part of the game's developers.

Challenges become available only when the mission is played again. This means that you can ignore them completely during your first run through the game, because even if you meet their objectives, they will not be counted yet. The game follows the challenges only in the second and subsequent re-takes of the same mission.

The following table shows the main key bindings for the PC version of Sniper Elite 4. You will find the full key bindings in a separate chapter of our guide called "Controls". It also provides information on controls for PlayStation 4 and Xbox One. 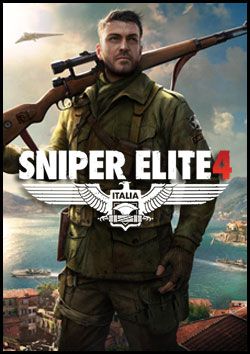 Sniper Elite 4 is the fourth installment of the popular first-person tactical shooters in which we assume the role of a trained sniper who fights on different fronts of the World War II. The production was developed by Rebellion – a British studio. Contrary to many contemporary titles in the genre, the Sniper Elite series puts a much greater emphasis on realistic recreation of bullet trajectory and behavior.

In Sniper Elite 4, we assume the role of Karl Fairburne, the protagonist of the previous installments of the series, who is sent from North Africa to the Apennine Peninsula

In Sniper Elite 4 our task is to eliminate subsequent targets as efficiently as possible. The players have complete freedom in choosing whether to eliminate them from afar or otherwise. The vast sandbox levels let us be creative in this respect. While moving, we have to be wary of German patrols as well as military installations and vehicles. The maps depict Nazi fortresses, picturesque Italian towns, forests, and monasteries. The story campaign can be played either solo or in cooperation mode for two players.

Lately, World War II seems to have been forgotten by game developers, but the bad times may be over with the upcoming Call of Duty: WWII. Heres our list of Top 10 best games set during World War II.