The game guide to Sniper: Ghost Warrior Contracts is a comprehensive guidebook which describes all features of new video game developed by Polish CI Games studio. In the guide, you will find practical tips and detailed description of all game mechanics, such as - combat and information on how to defeat enemies, how to complete various missions and contracts, as well as how to effectively explore the map. Also, the guide contains starting tips to help you with the beginning of your adventure. We explain the character development system, along with advice concerning available skills and abilities. An important part of our guidebook is a complete walkthrough - it contains a description of all main and side quests, as well as description of contracts that can be performed during or between various missions. We have prepared a set of advice on what you have to do in order to complete missions efficiently. Additionally, in dedicated chapters of our guide we provide information about collectibles, which were enriched with screenshots that may help you in finding them. The guide concludes with an appendix section which describes system requirements, controls section (on all available platforms), as well as a trophy guide and information on how to unlock every achievement in the game.

Sniper: Ghost Warrior Contracts is the fourth installment of the Sniper: Ghost Warrior series developed by the Polish CI Games studio. This time the players are sent to Siberia, where more targets have to be eliminated. The gameplay is no different from the previous parts of the franchise - there is still no room for dynamic action here, which is the main domain of classic FPS. The player takes on the role of the title sniper, who gets to the enemy territory with the task of eliminating specific targets. The hero is unable to kill groups of enemies on his own, so the game focuses on stealth action. You will have to sneak up and silently eliminate enemy soldiers. The new installment of the series differs from the previous one (Sniper Ghost Warrior 3), because the feature of open world was abandoned here. Instead of free roam, you will have to complete limited linear levels with specific objectives and targets. A pure novelty in the series is the contracts system - it allows you to participate in additional tasks that can be undertaken during main missions. The game has a single player and multiplayer gameplay modes.

10 valuable tips for a good start 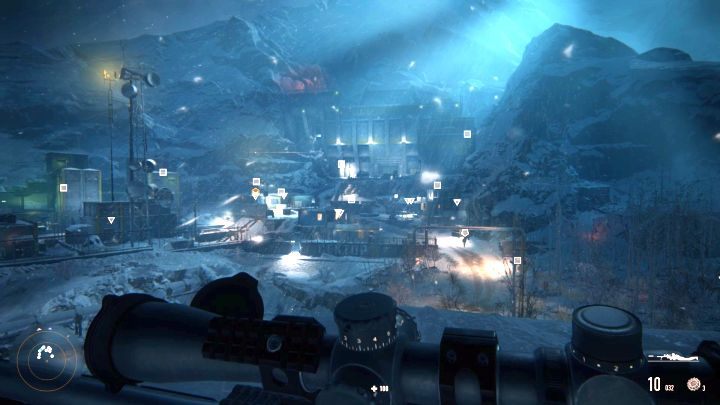 Always try to keep your enemies as far away as possible.

Sniper: Ghost Warrior Contracts is not the easiest game to play, so we've prepared a list of starting tips to help you get into the game's world:

What to do if enemy detects you? 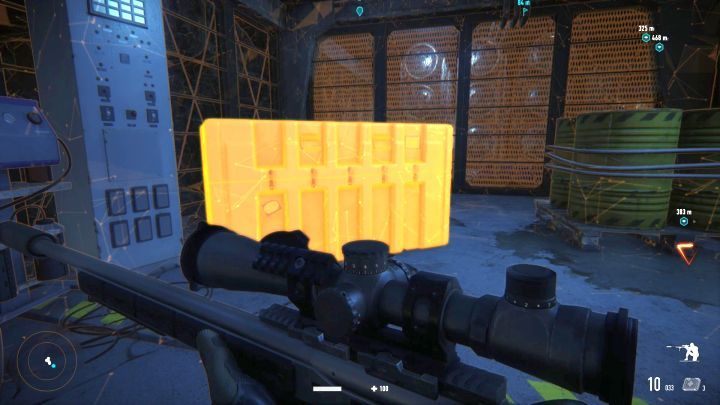 You can use these types of containers to hide from the enemy.

If you have been noticed and traced by your enemy, then you have two options. The first option is to eliminate all enemy units in the area - once you do this, the situation will calm down (there won't be any enemy units looking for you). The second option is simply to escape - sometimes it is better to absquatulate and get away from the scene for a few tens of meters and/or hide in bushes or special crates. Enemies will stop chasing you after a while. After that, you will be able to get out of hiding.

Is there an open world in the game? 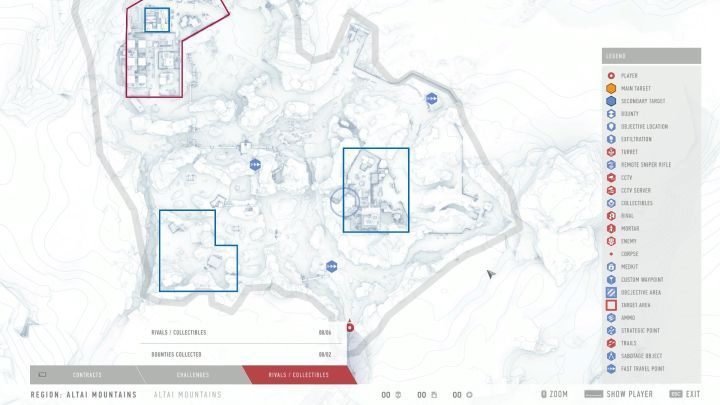 Every map in the game is a closed location.

Does the game have a multiplayer mode?

At the time of game's release (November 22, 2019), the title didn't have any multiplayer mode. However, the developers of CI Games have announced that this mode will be released in December 2019, in the upcoming update.

Why do marks on enemies disappear? 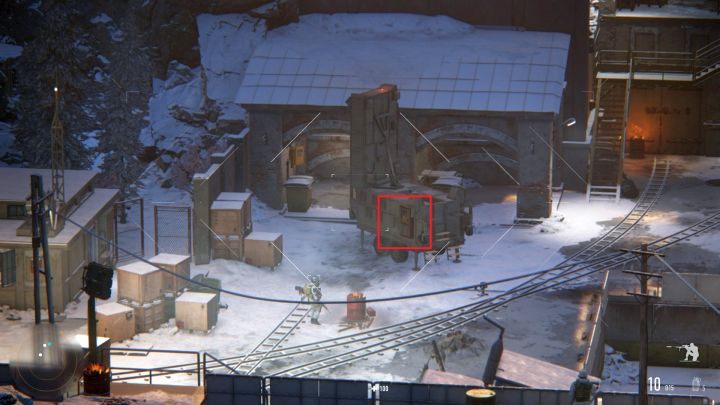 In the screenshot you can see the enemy's jammer - the red square in turn indicates the position of the control panel that must be shot to turn the device off.

During the game you will constantly mark enemies-whether with binoculars, mask mode or your drone. In some places, however, your marks on the enemies will disappear after only a few seconds. This will mean that the enemy has deployed a jammer - a device that will "remove" the marks from the enemies in the area. To neutralize the effect, you will need to destroy the jammer - you just need to shoot through the control panel located on its side.

Why does the drone suddenly stops working? 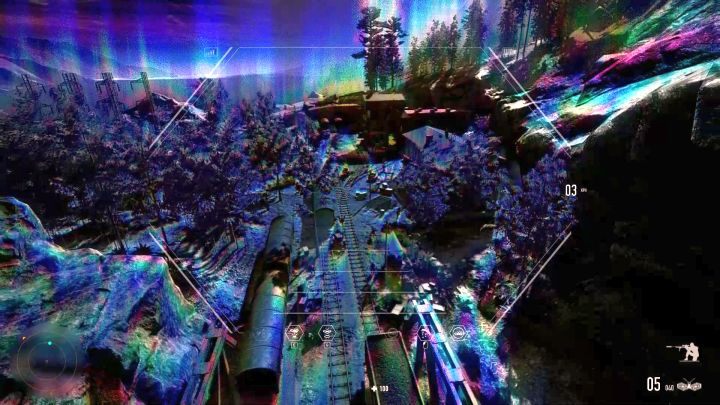 The jammers that the enemies use will also have a devastating effect on your drone.

As with disappearing markers on soldiers, the enemy can also deploy a different type of jammer. It negatively affects your drone. From a long distance it will interfere with the device, distorting the image and hindering the use of the gadget. If you, however, get to close to the jammer, the drone will simply be damaged, turning it off and forcing you to wait some time before it can be used again. There is nothing you can do about it - this type of jammer cannot be deactivated in any way.

Why can't I hit the target? 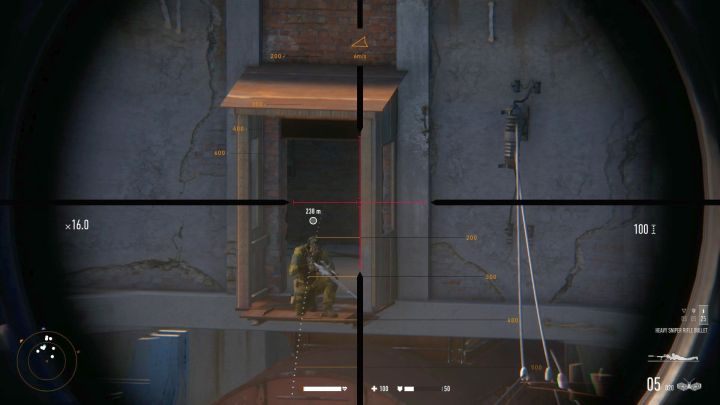 When aiming at a distant enemy, you need to set the cross-hair properly for the bullet to reach its target.

If you are shooting at an enemy a few hundreds meters away and you cannot hit him, you are probably setting the weapon's sights incorrectly. The bullet is affected both by the distance to the target (as it will fall due to gravity), as well as by the wind (causing the bullet's trajectory to be altered). The shooting process is described thoroughly in a separate section of this manual.

Are there any achievements or trophies in the game?

Yes, Sniper: Ghost Warrior Contracts has a total of 40 achievements/trophies. Achievements / trophies are available on all platforms - PC, PlayStation 4 and Xbox One.

The game features detailed graphics, with most of the action taking place in open areas. Despite this, however, the title does not require a high-end PC and the following equipment is sufficient to ran the game at lower graphics settings: