When completing missions in Sniper Elite 5, a good strategy is to avoid notifying opponents of your presence. Our guide lists tips on the basics of sneaking and stealth kills. They'll be useful in completing the main and side quests.

Recon - binoculars or a rifle scope 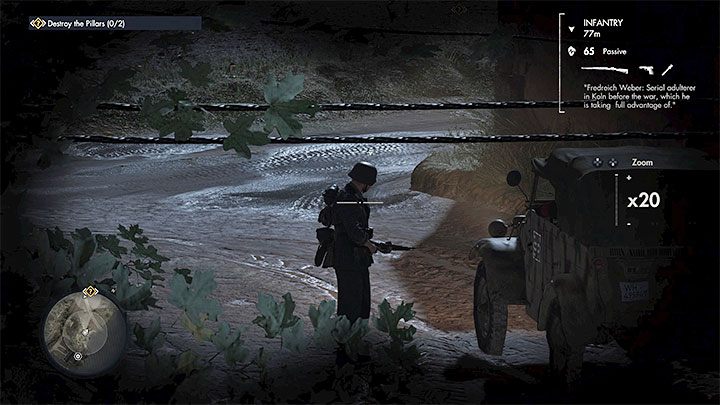 Carrying out recon in Sniper Elite 5 lets you sneak around much more effectively. It reduces the likelihood of encountering enemies out of nowhere who would be difficult to eliminate without raising the alarm. During recon, the following are useful: 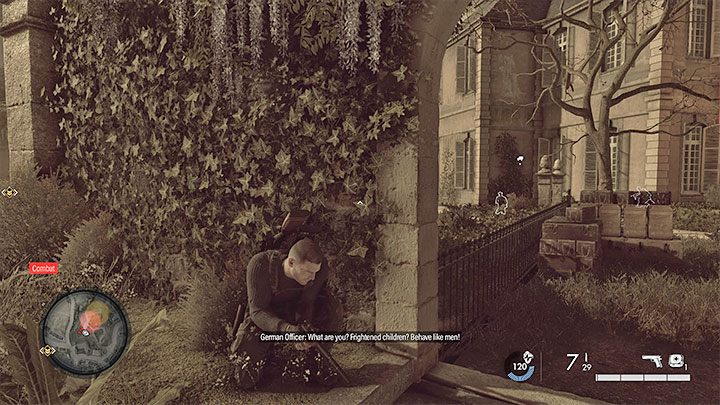 There are also other techniques that help detect opponents, but these become unavailable on the highest realistic difficulty level. These are:

Crouching, tall grass, and other methods for avoiding detection 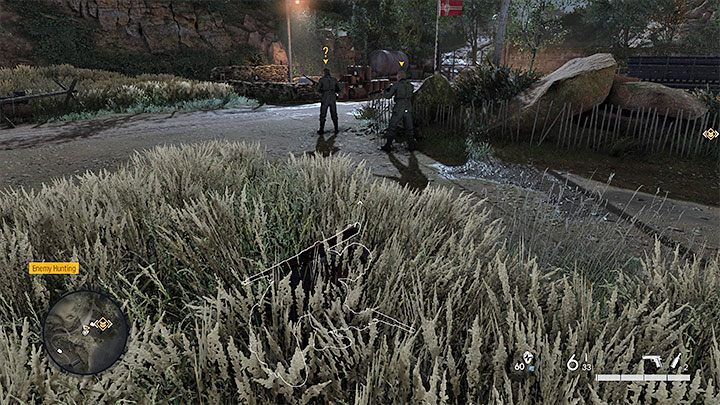 There are several universal techniques in the game that will help you avoid being noticed by your opponents. The most important ones are: 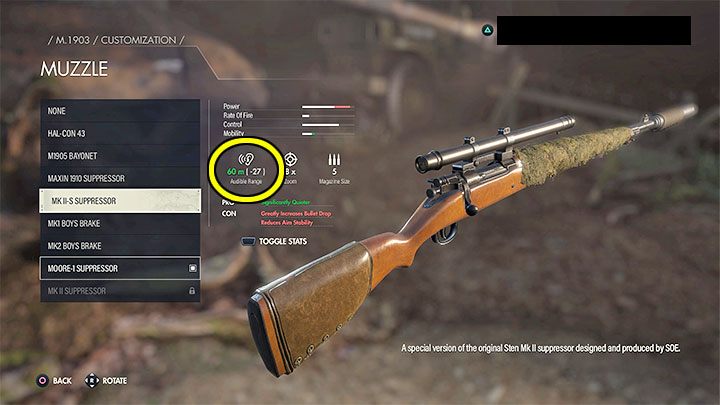 When sneaking, keep in mind that enemies can not only see you, but also hear you. This includes the sound of the character's footsteps and, most notably, the sound of gunshots.

Each weapon in the game has an audible range which is listed on the equipment selection window. You can change a weapon's default range by installing silencers, and each gun has several available options. Each silencer has its advantages and disadvantages. For example, some can drastically reduce audible range, but also make it more difficult to shoot accurately. Choose attachments based on what you currently need and your preferred playstyle. 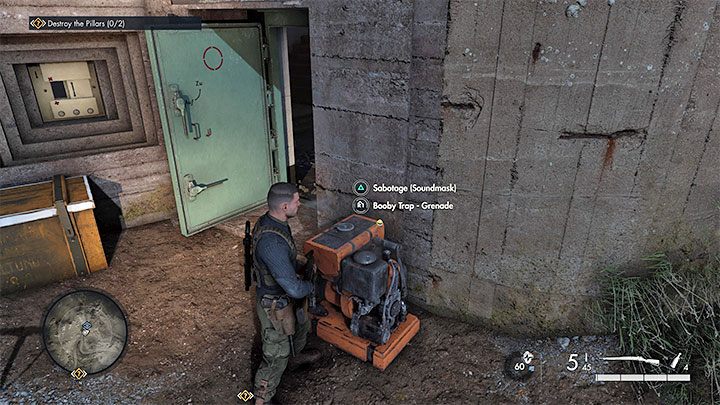 Masking the sounds of shots within a loud area indicated by the sound wave at the top of the screen also plays a critical role. The main ways of creating a loud area are: 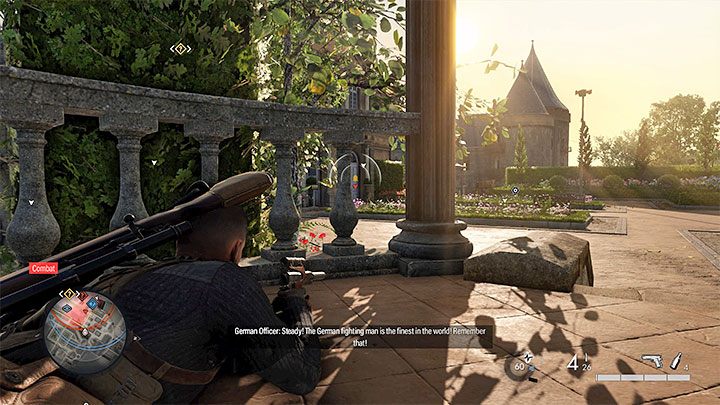 There are 3 levels of enemy alertness, and correctly identifying them reduces the risk of triggering an alarm:

The game also lets you deliberately distract enemies by whistling or throwing bottles. This allows you to lure them to secluded areas or, for example, lead them to strategically placed traps. It's worth experimenting with similar methods. 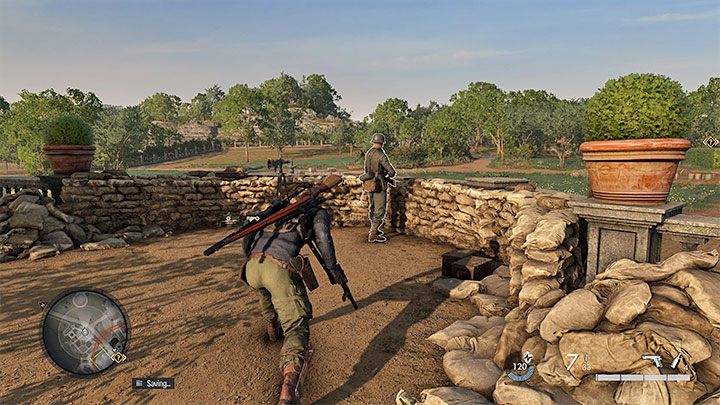 While sneaking, you can not only avoid enemies, but also look for opportunities to sneak up behind them and perform takedowns. You can either kill your opponent with a stun attack or simply knock them out. The main advantage of takedowns is that they don't make any noise, so you can use them in places where even using a silenced weapon would be risky.

The game gives you the option to hide enemy bodies, but it's not required. If discovered, bodies can raise an enemy's alertness level to yellow, but not to full alarm. The fact that the corpse may eventually disappear on its own makes things easier (usually after leaving a given location).

Towers and other viewpoints on the map 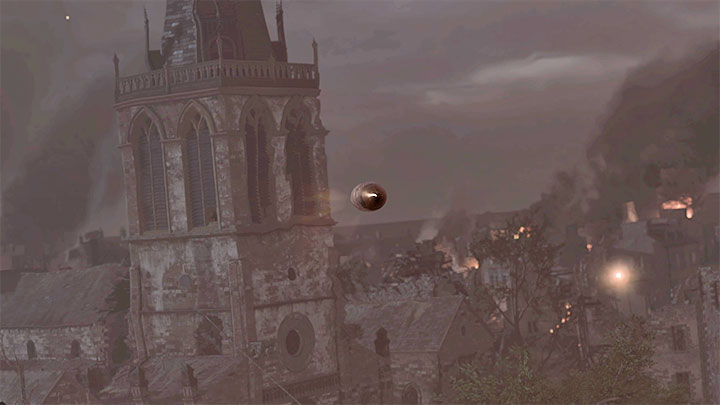 Long-range attacks are an effective way to eliminate enemies without raising the alarm, provided that shots are fired from locations where no one is present.

During missions, seek out towers and other tall structures. The same applies to all kinds of viewpoints, e.g. larger hills. They can provide a wide field of view and allow for "safe shots" even at long distances.

Note - Some towers and hideouts in buildings may be occupied by enemy snipers. In order to take over a given location and shoot from there, you need to avoid being detected by them while also eliminating them.