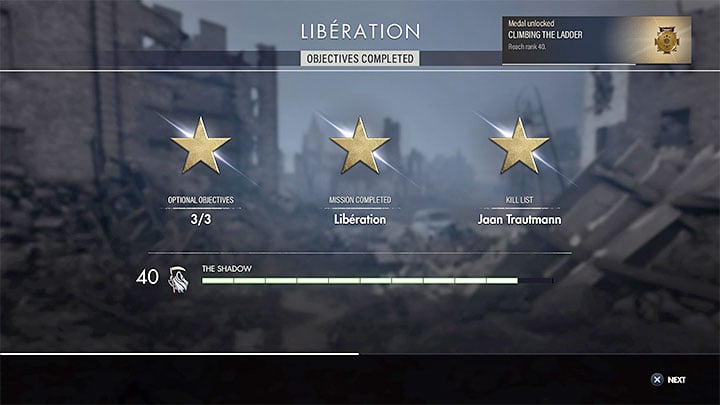 In Sniper Elite 5, you can accumulate experience points and advance to the next ranks (experience levels), but this applies to campaign mode and doesn't include, for example, multiplayer battles.

Each new level is rewarded with 1 Skill Point. The maximum rank in the game is 40. On the saparate page: XP - how to level up fast? you will find tips on how to get to the highest level easier. 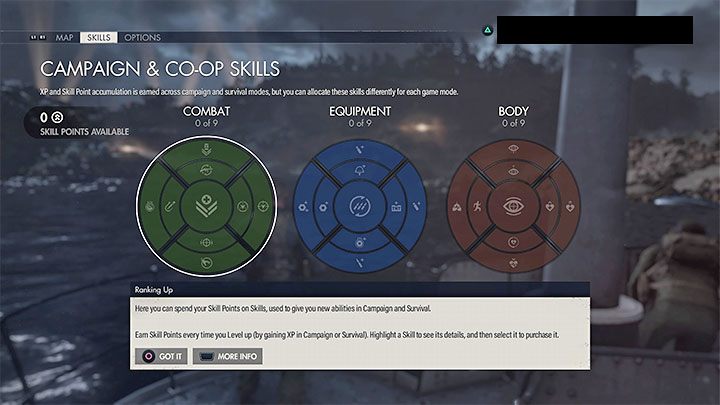 You can spend SP on skills, and each of them costs 1 or 2 points. The skills are divided into 3 categories:

Buy some of the most important skills from each group to activate them as soon as possible. You can find our recommendations on a separate page of the Best Skills list. 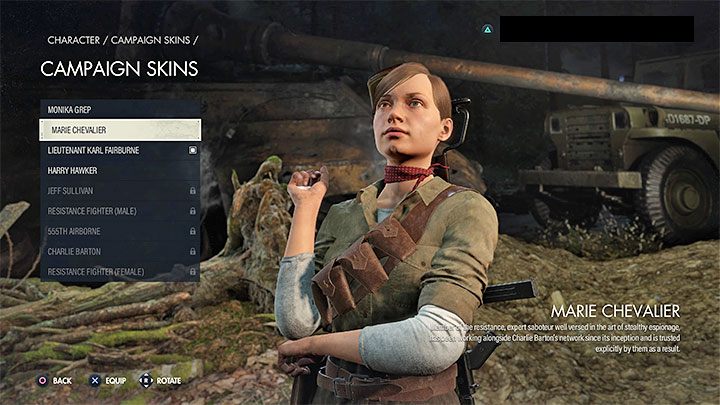 The main character in Sniper Elite 5 is Karl Fairburne, and when playing the campaign for the first time, you have to finish all the story missions playing him. The game includes other characters that are only skins - changing the appearance of a character is only cosmetic and does not affect its skills or chances of survival. You will unlock your first alternate characters after completing all missions. The next ones can be obtained, for example, in the Survival mode.

In a similar way, you will unlock new headgears for the protagonist (Karl initially doesn't have any). You can get them by completing the campaign and achievements in other game modes. They don't influence the character's stats and don't protect you from damage. 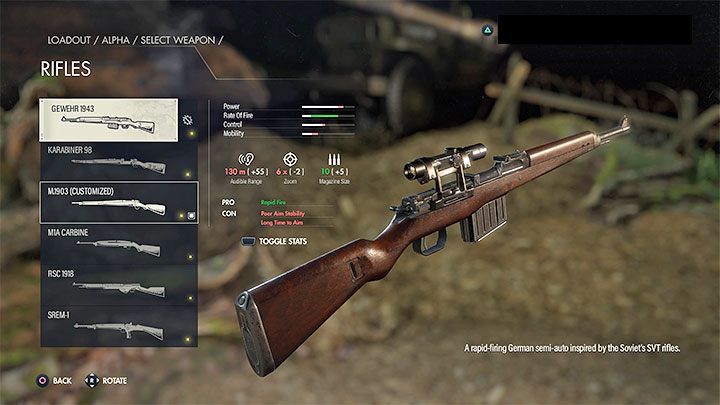 Playing the game, you can carry 3 different weapons in your inventory - a rifle, an SMG and a handgun (pistol). You can select the weapons in the preparation window before missions and at the workbenches.

Most of the weapons are unavailable at first. Hovering over a locked weapon gives you information about the requirements for unlocking it. You will get the most weapons by eliminating the Kill List Targets - these are unique enemies you have to defeat in certain ways (e.g. using a booby trap or poison). Each properly Kill List Target equals one new weapon.

Similarly, you can also select other items you want to take on a mission. They are, among others, grenades, mines, med kits, first aid kits, or special ammunition. Again, not all of them are available from the start. You have to check and the requirements and meet them to unlock the item. We recommend that you also purchase the Extra Item Slot skill that will permanently increase your inventory storage. This will allow you to use gadgets taken on a mission more often.

While completing the mission, you can get the so-called temporary weapons picked up from fallen opponents or found as loot. The game lets you use them, but you cannot permanently add them to your inventory and take them with you outside the mission area. Moreover, they "work" only until the magazine is exhausted. Treat them as temporary help. 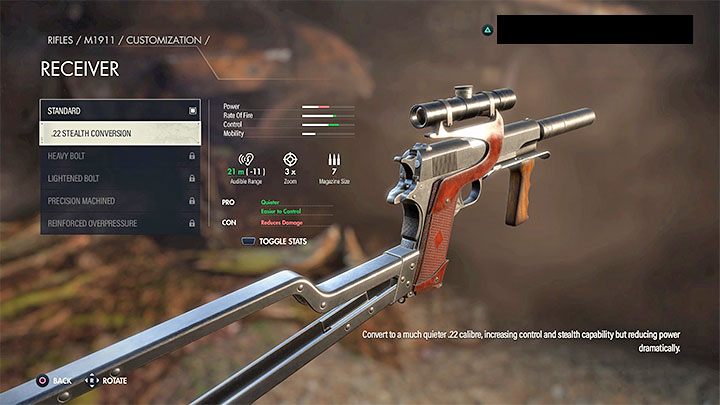 You should modify your weapons to change their statistics to your preferences. There are different types of attachments available, including new scopes, magazines, stocks and barrels. Some upgrades are available from the start of the game, while others have to be unlocked first.

Each attachment has advantages and disadvantages that you need to think through. For example, if you aim for silent shots, choose silencers that limit the Loud Area; and if you want to make precise shots, avoid upgrades that increase the bullets' dispersion or drop. Fortunately, you can replace them any number of times - upgrades are not installed permanently.

Workbenches in the game world 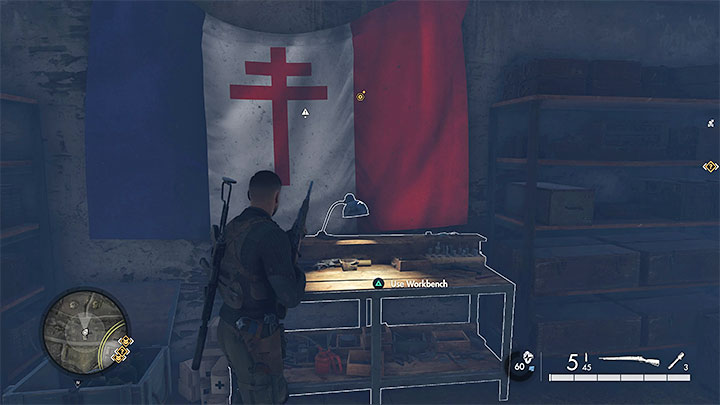 Workbenches in the game world - one of the secrets category are also related to character progression. In each of the main missions in the campaign (1-8), there are 3 workbenches - one for each weapon category.

Finding the workbenches unlocks new attachments to install on the weapons, and it is worth checking their statistics immediately. In addition, you can use them as an opportunity to change equipment during the mission. This will come in handy if, for example, the rifle taken on the mission turned out to be ineffective.