Choosing and changing a difficulty level 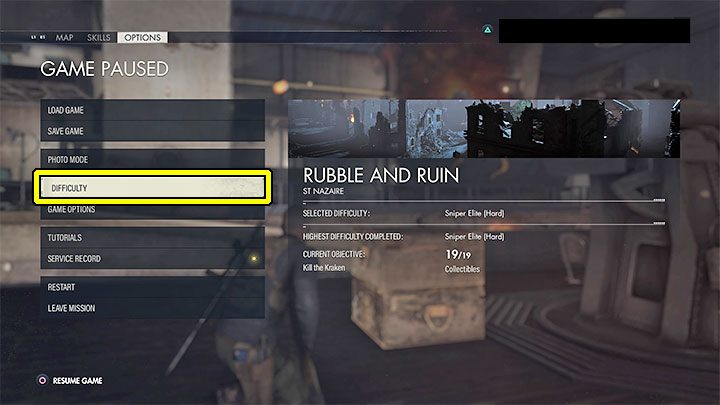 In the game, you choose the difficulty level for the first time when you start a new campaign. This doesn't need to be a final decision because the previously selected difficulty level can be changed in the pause menu (option marked in the picture above).

Authentic difficulty level and 3 other 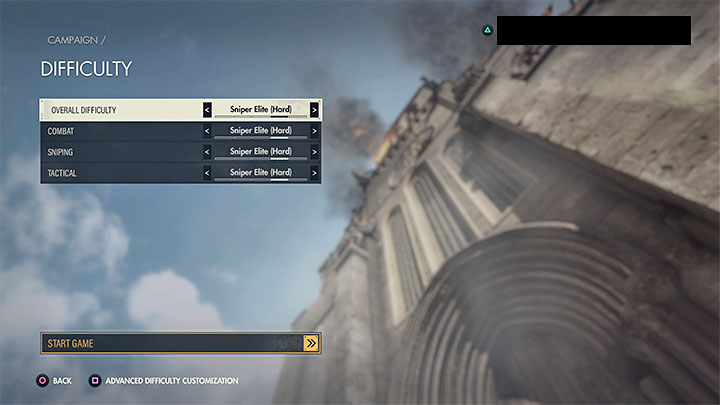 There are four main difficulty levels in the game (detailed options are described in the next section):

It is best to play the game for the first time on the Sharpshooter or Sniper Elite level (if you know the previous games in the series well). They offer a sufficient challenge, but you don't have to stress about the lack of hints and aiming support, which would make it difficult to avoid detection or take precise shots. The normal or high difficulty will also make it easier to find collectibles and complete optional mission objectives. 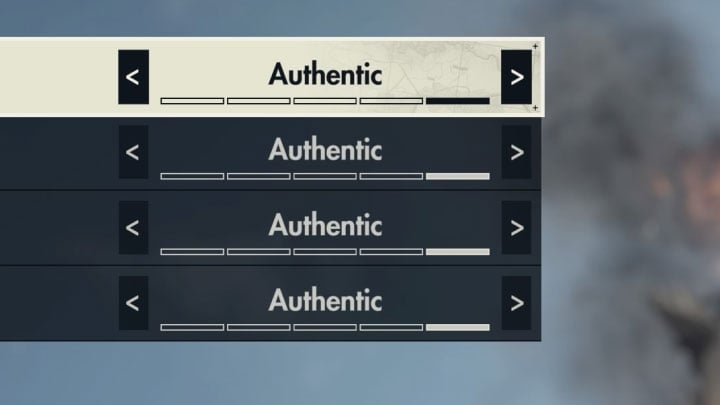 Leave the Authentic difficulty for the second playthrough. It has several features that make it much more demanding than the other levels: 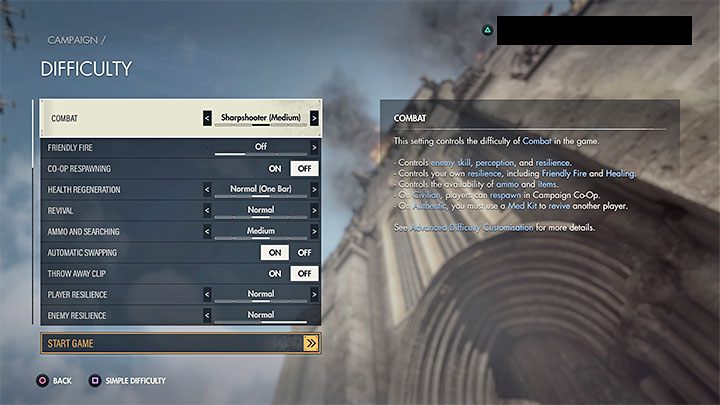 Instead of selecting the main difficulty level, you can adjust its options to your preferences. This is possible in 2 ways. The first method is to use separate settings in 3 categories:

Additionally, you can go o the advanced difficulty level settings with a list of dozens of options. This tab offers the most opportunity to customize the game for yourself. For example, it is a good idea to use it if you want to turn off the Focus while keeping the rest of the settings. Or to increase the character's health while increasing the effectiveness of enemy attacks.