The final ninth mission of Sniper Elite 5, Loose Ends, is the campaign's epilogue, in which you will have to eliminate the main antagonist. The walkthrough in our guide explains where Moller is, how to correctly identify the mission's target and how to shoot Moller.

General objectives of the mission

Mission 9 should not be treated as a normal stage. The game will not allow you to freely move around the entire map. You also don't have to deal with secrets or any optional tasks. The only goal of the mission is to kill Moller.

The setting is Chateau De Berengar - you had the opportunity to thoroughly investigate it in mission 2. This time the hero will set up on the hill to shoot Moller while the enemy officer is leaving the chateau. The mission ends immediately when Moller dies, so there is a chance to complete it in less than a minute. 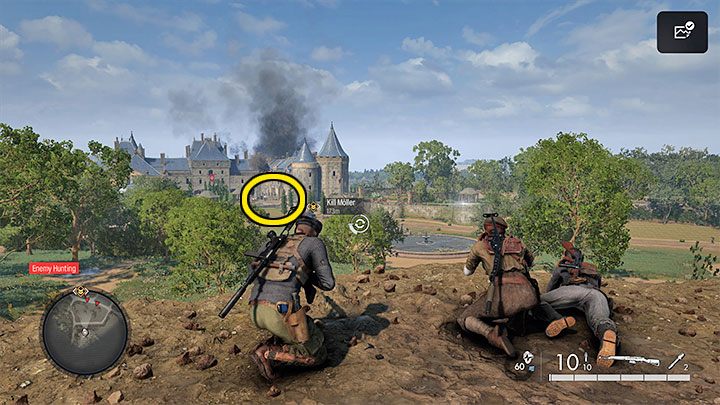 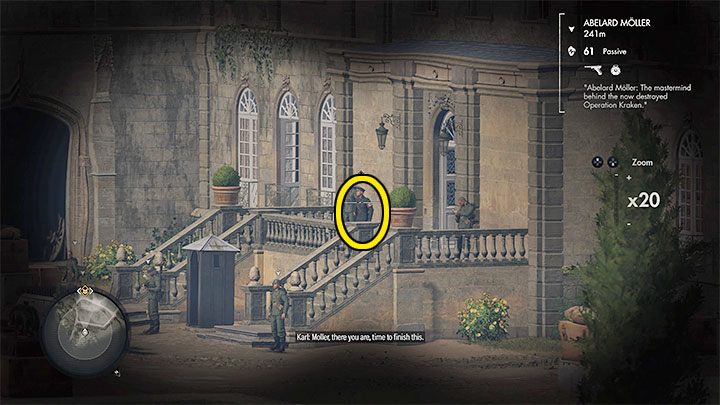 You can find Moller immediately after starting the mission. Head to the area marked in picture 1. Moller will appear on the balcony near one of the exits from the mansion. He will stop there for a short while and then head towards the vehicle to leave the chateau grounds. Mark Moller with your binoculars to track him while you are preparing for the attack. 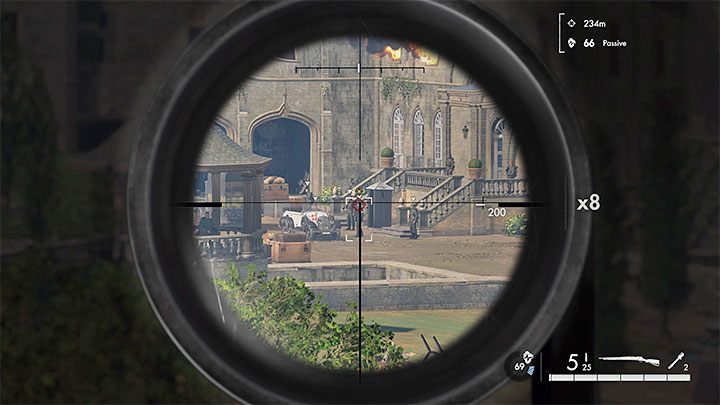 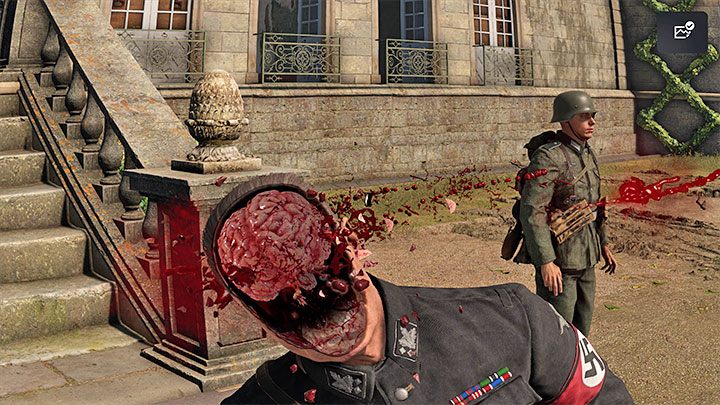 The most obvious way to eliminate the mission target is to shoot Moller with a sniper rifle. It is best to shoot when Moller is still standing on a large balcony or when he stops for a while at the limousine. Hitting a moving target may have a higher risk of missing. Aim for his head. 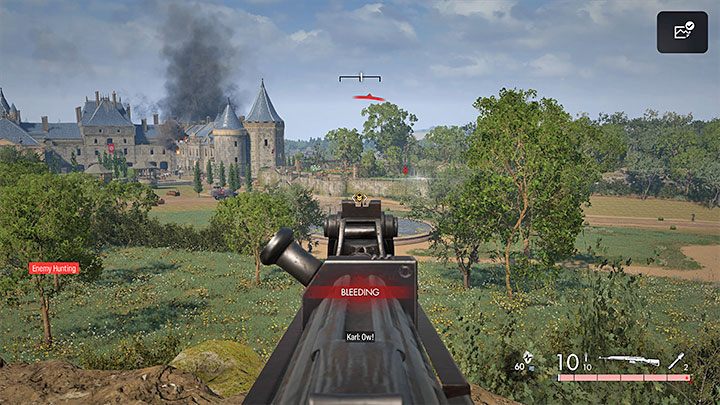 Missing him will alert the entire area and can make killing Moller much more difficult. The target will run away to the vehicle and start leaving the map.

The bigger problem is that the alarm will be registered by the enemy sniper. It's best to just restart the mission right away and try again. 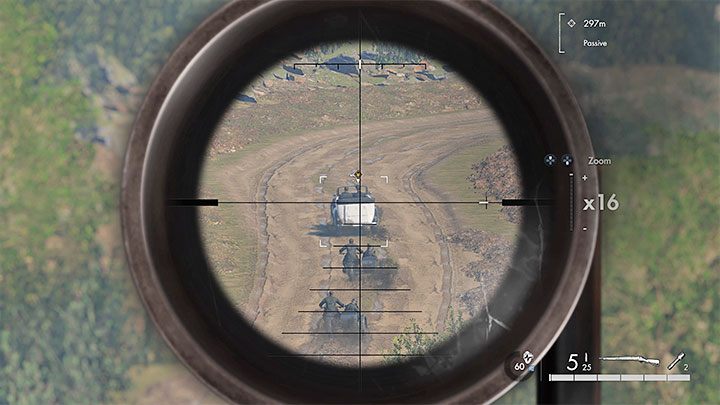 You have a limited amount of time to fire. After Moller gets into the limousine, the vehicle and the guards will start driving towards the northern edge of the map.

If you have a rifle with a worse scope, you can shoot when the limousine is driving closer to the hill. There is also an opportunity to get the Can't Outrun the Bullet achievement for shooting Moller from a distance of at least 600 meters. We have described it in more detail in the trophy guide. 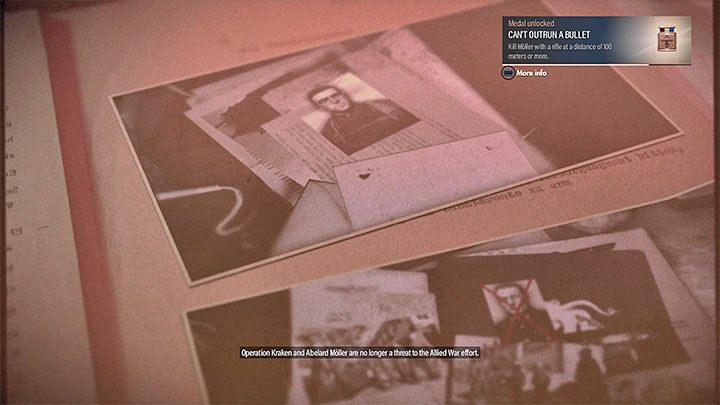 Sniper Elite 5 has one ending - regardless of how you have killed Moller. Moller is dead and the Operation Kraken supervised by him is stopped. However, it is possible that the Kraken's thread will somehow continue in additional missions that will be released later.