The final part of Mission 8 of Sniper Elite 5 (Rubble and Ruin) takes place in the u-boot base. Our walkthrough will help you in navigating around the base and sinking 3 submarines and the Kraken. You'll also learn how to prepare for the sabotage and how to properly execute the final shot in the game. 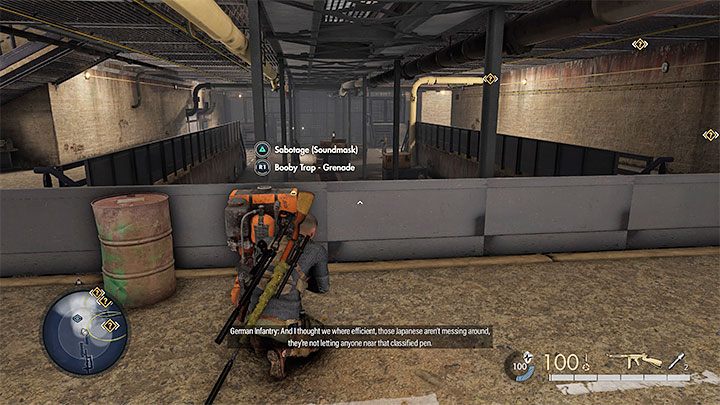 You can start blowing up the submarines only after reaching the dock . You access it through the sewers, the entrance to which is found in the park, and we described it on the previous page of the walkthrough - Infiltrating the U-Boot base .

You start on the lower level of the dock. There are many enemies in the area and you can make matters easier by sabotaging a generator. If on alert, the guards from upper levels may flock to the lower floors. Use Focus to keep track of their locations. You can also set up traps in narrow passages. 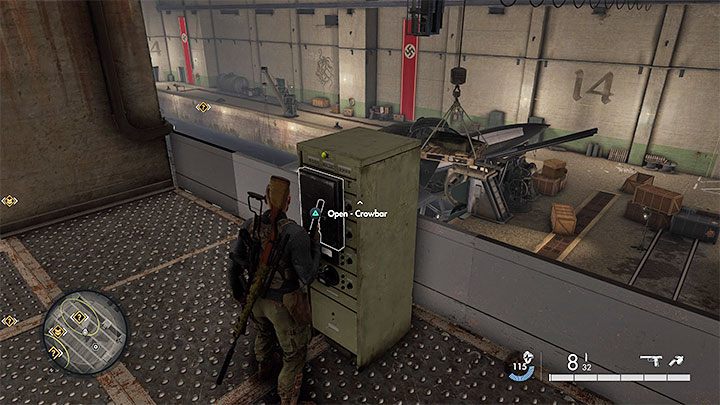 Ultimately, try to use the ramps, stairs and ladders to reach the highest balconies from which you can see the individual moored U-Boots. This will make the next objective easier.

You can easily destroy the U-Boots from the southern and middle docks by finding the boxes on the upper balconies (example in the picture). You can open them with the crowbar to automatically sabotage the power supply and effectively sink the u-boots. 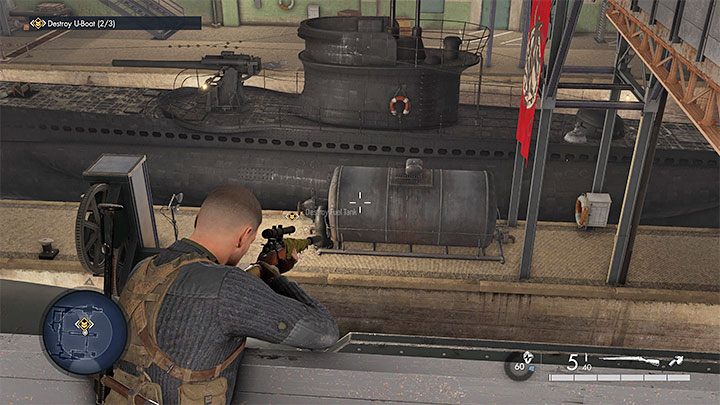 The U-Boot from the northern dock can be taken care of by firing at the fuel tank shown in the picture. The explosion will destroy the submarine. 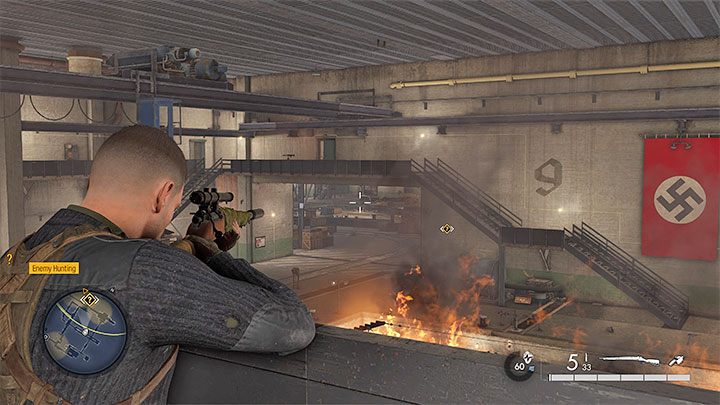 After successfully destroying the 3 U-Boats, you will unlock access to the secret northern dock . Before you go there, you should consider taking care of remote opponents with long-distance shots.

In the new hangar, you can also use the upper balconies to sneak up on the enemies manning the searchlights. Getting rid of the enemies near the Kraken will make it easier for you to complete the next objective. 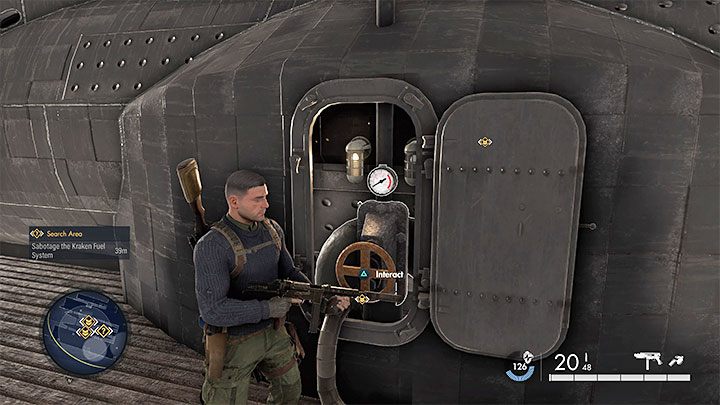 Your task is to sabotage the Kraken's refueling system . First, you have to reach the 2 fuel valves marked by the game - interact with each of them (example in the picture). 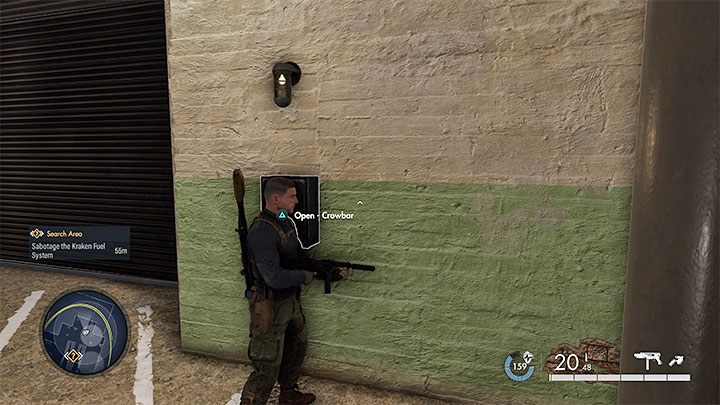 The next step is to reach the main fuel depot . Use the crowbar on the crate shown in the picture to unlock this new part of the dock. 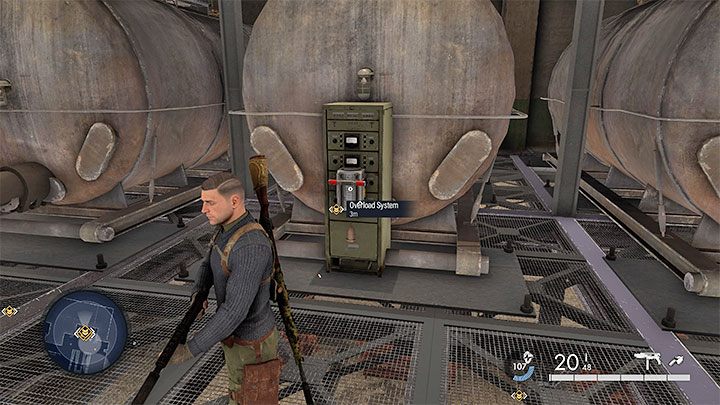 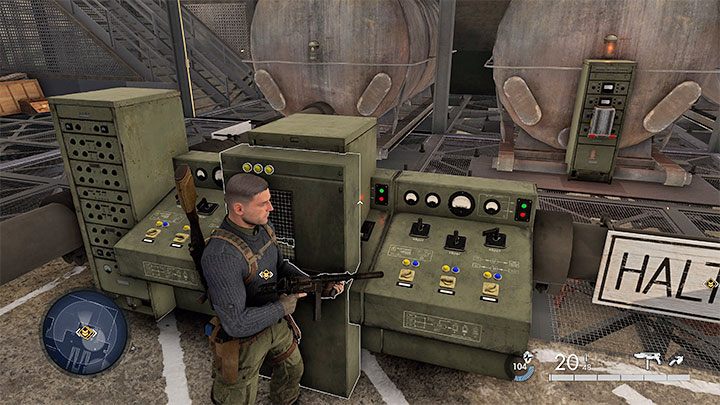 In the new room, take an interest in the system overloading lever and 2 side chests .

Get clear of the U-Boat Pen 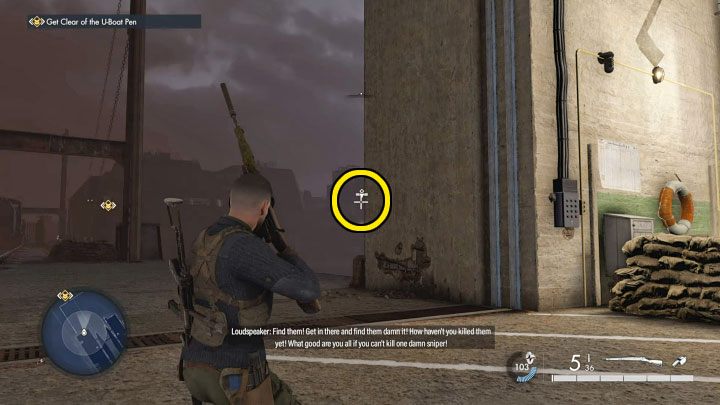 Use the northeast exit from the Kraken Dock. As you approach the exit, locate the last sniper in the south-eastern part of the dock and shoot him - we have marked him in the picture. 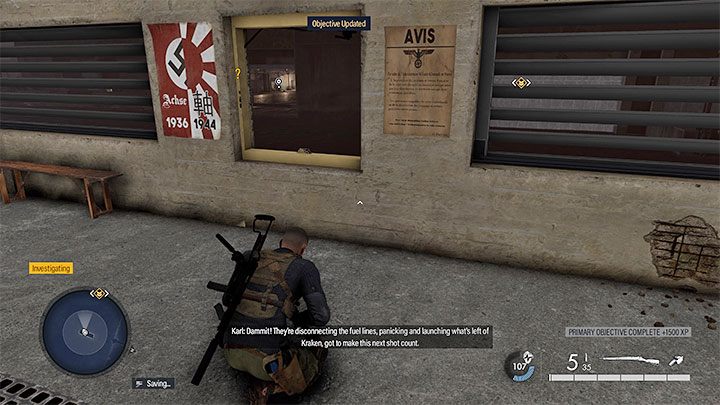 Head towards the eastern building . Use the ladder and reach the viewpoint next to one of the shutters. 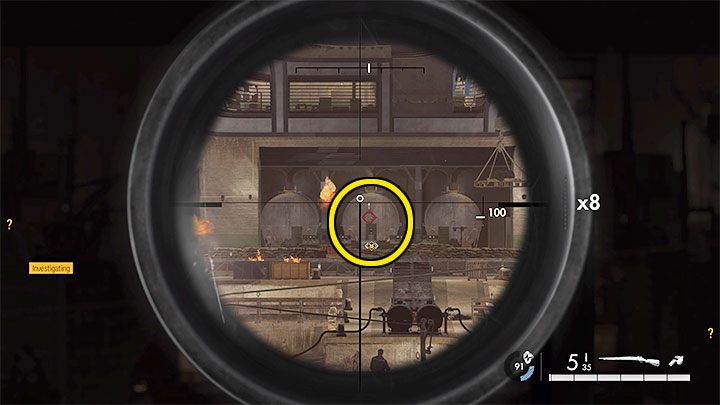 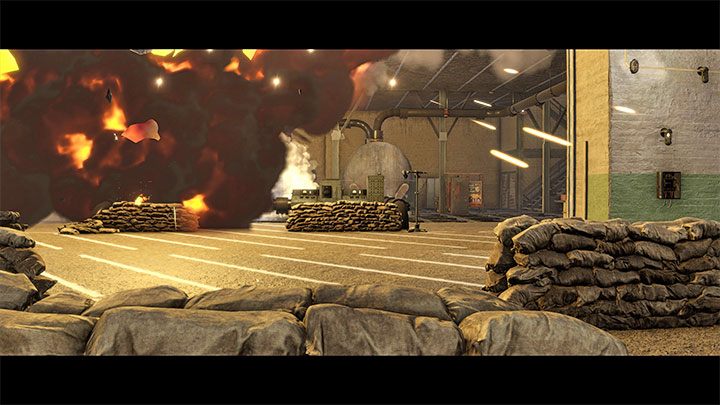 Time for the final shot . Fortunately, making the shot is easy. Your target is the large fuel tank shown in the picture. Hitting it will cause an explosion that will destroy the Kraken and end this mission.