There is another Kill List Target in Mission 7 (Secret Weapons) of Sniper Elite 5 - this time we'll be targeting Christian Jungers. Thanks to our walkthrough, you'll learn the location of the target, and we show how to complete an optional challenge involving dropping a V2 missile on him. 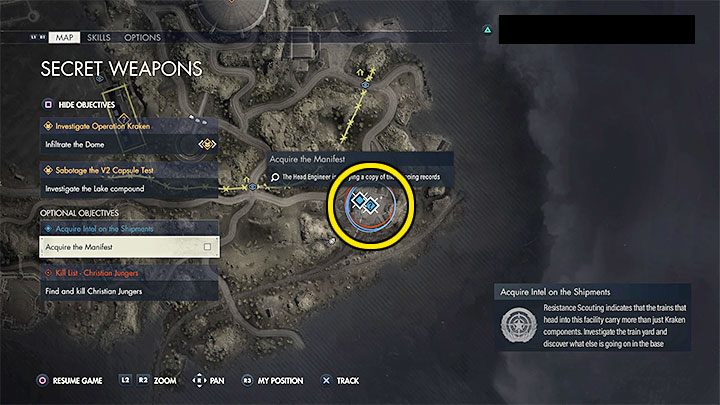 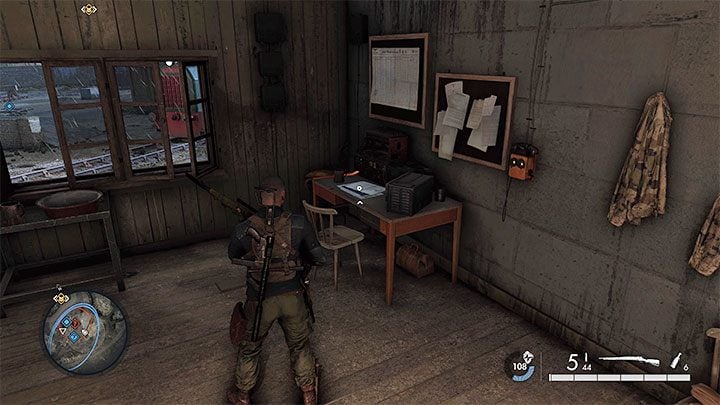 You don't know where exactly Jungers is at the beginning of the mission.

To learn his location, you need to find Dr. Jungers' Schedule - one of these (there are a few of them present on the map) can be found in the train station in the south-eastern part of the map, which is a background to an optional mission objective involving acquiring shipment intel. . 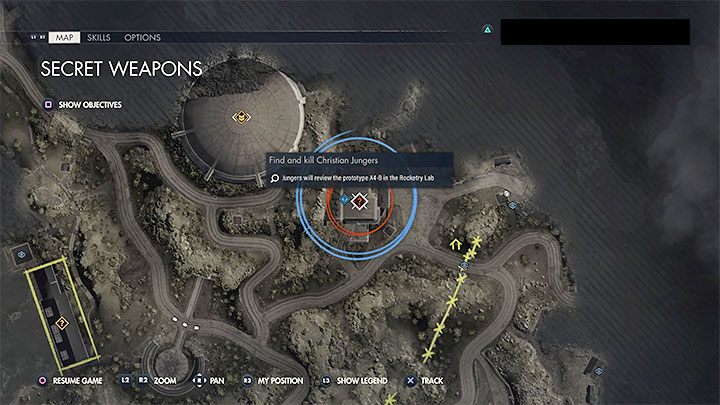 Obtaining the document is optional , because it is only a clue about the whereabouts of the mission target, and he appears in that location regardless of whether you've picked it up or not.

This means that with our walkthrough, you can go straight to his location, which is the Weapons Lab in the northeastern part of the map. Jungers is to inspect this building. There is an optional challenge involving disposing of the target. Completing the challenge is rewarded with a bonus weapon (RSC 1918) 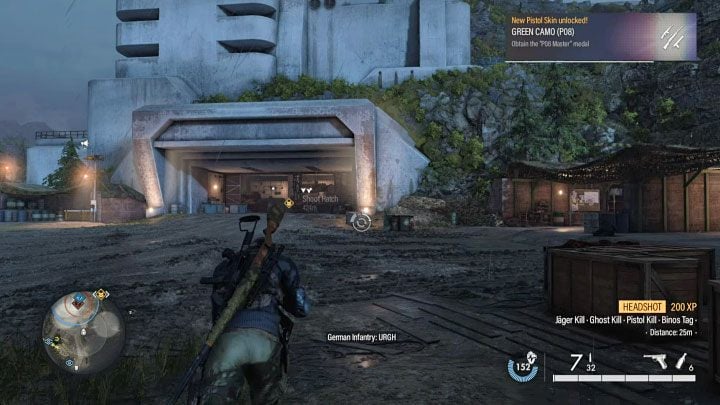 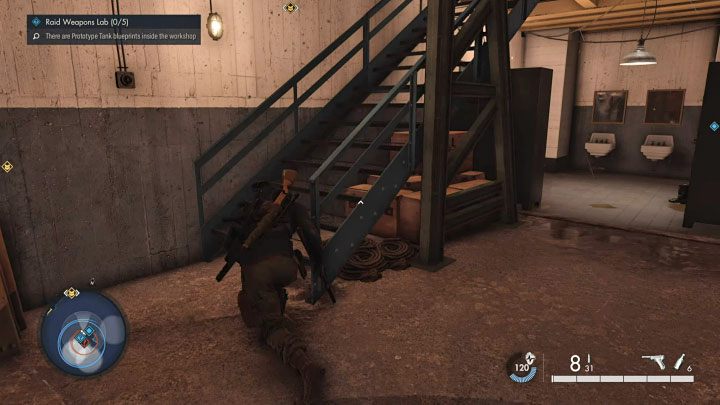 During your approach to the target, stay stealthed so you don't alert the enemies in the building or the target himself.

The best way of accessing the laboratory is from the east . Watch out for a tank (its being tested at the eastern hill) and a sniperon the northern hill (avoid open spaces). While proceeding forward, avoid lone guards or perform takedowns on them. 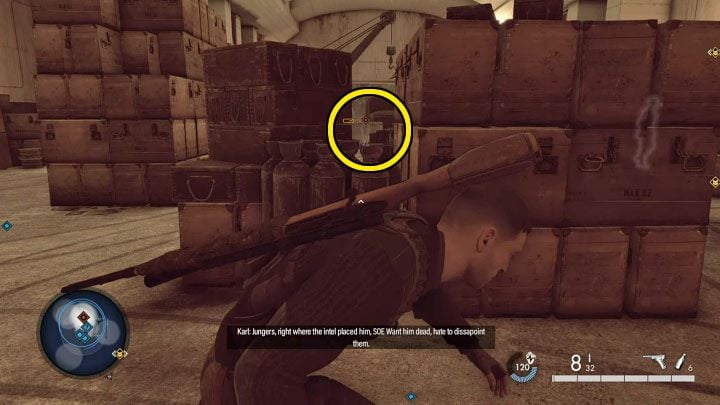 Once inside the building, on the right you will find the first stairs and use them to reach the upper floor. On the new level, go a bit west to identify Christian Jungers (picture above). He should now begin his round of the lab. 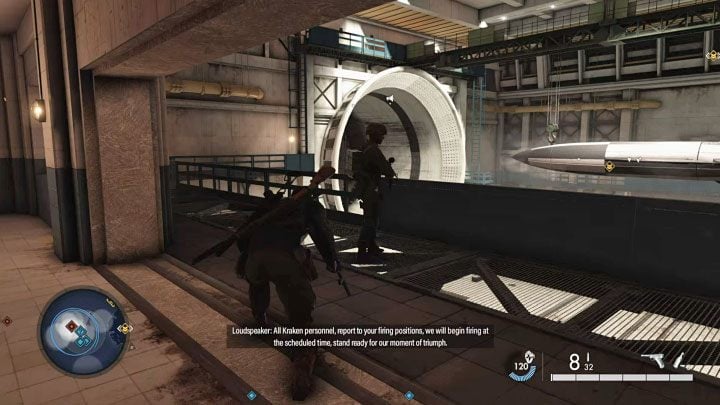 Use the next stairs to reach the highest available level.

Go to the right wall and enter the hall with a hanging V2 rocket . Clear the area of a single jaeger. While waiting for the arrival of the mission target, you can also kill the scientist from the adjacent room and the other one from the other end of the room (use a silenced weapon). 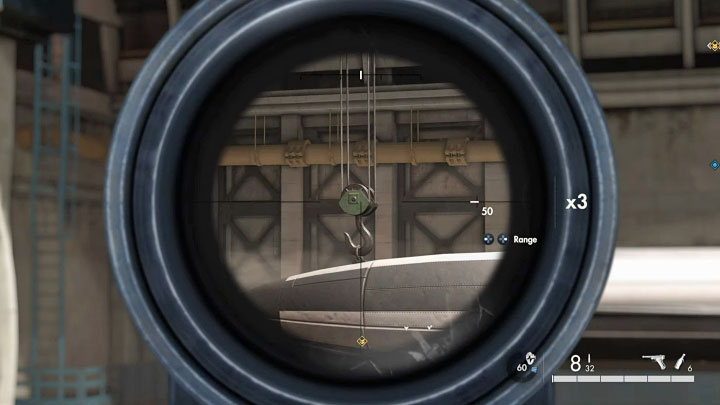 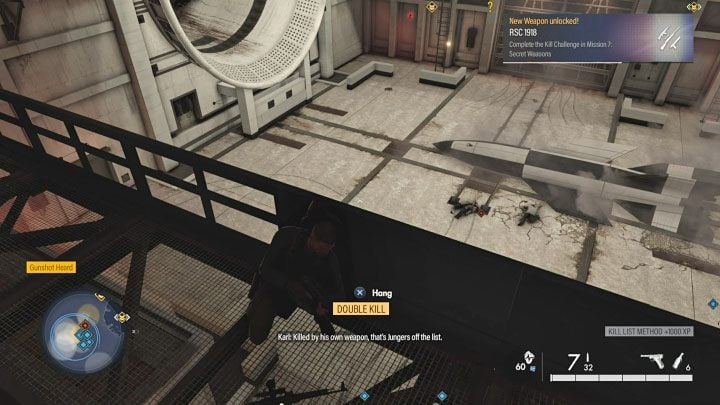 In order to successfully complete the assassination, you have to aim at the hook shown in picture 1. Fire at it once Christian is under the rocket . The detached V2 rocket will fall on the mission target and should kill him. Of course, this will cause a lot of commotion, so quickly retreat to the stairs or hide in the nearby control room.