Three of mission 7's main objectives (Secret Weapons) require you to sabotage the installations of V2 rockets. Our walkthrough to Sniper Elite 5 explains how to destroy the V2 Launch Site, V2 Refuelling Site and the Capsule Release Hatch. 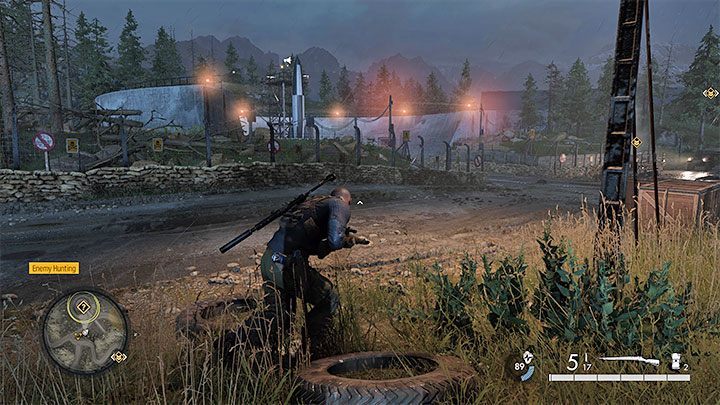 The V2 launch site is in the central part of the map, north of the checkpoints and the wall separating the north and the south.

There's a road near the launch site where a couple of vehicles can spawn - you can destroy them, eliminate the crew or sneak past them. Watch out for elite snipers to the north and north-west of the platform. 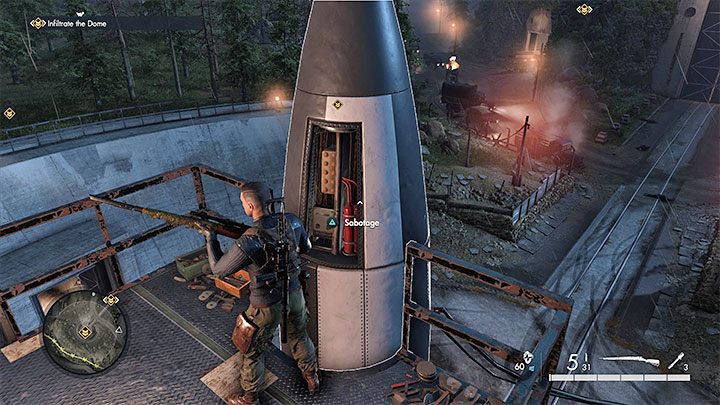 Your objective is to sabotage the guidance system. Use your rifle to deal with the soldiers nearby, especially those who have a height advantage over you.

After securing the area, climb the ladder by the V2 rocket to reach the highest balcony. You can sabotage the rocket here, by interacting with its uncovered part (pictured above). 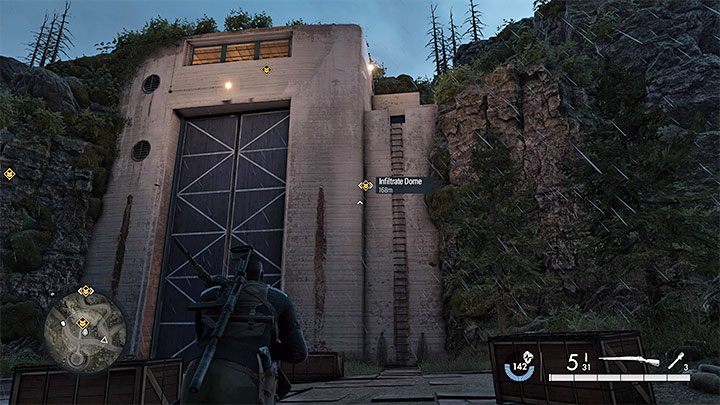 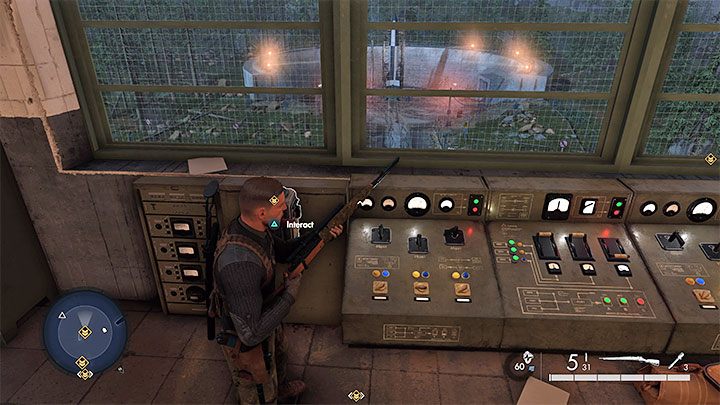 You now have to launch the rocket. Examine the corpse of a soldier who was standing on the balcony to find the Production Plant Key. Go down the ladder and head north. Climb up the long ladder shown in picture 1.

Use the key on the side door or blow it up with an explosive. Interact with the lever in the observation room. You'll launch the V2, but thanks to your sabotage the rocket will fail. 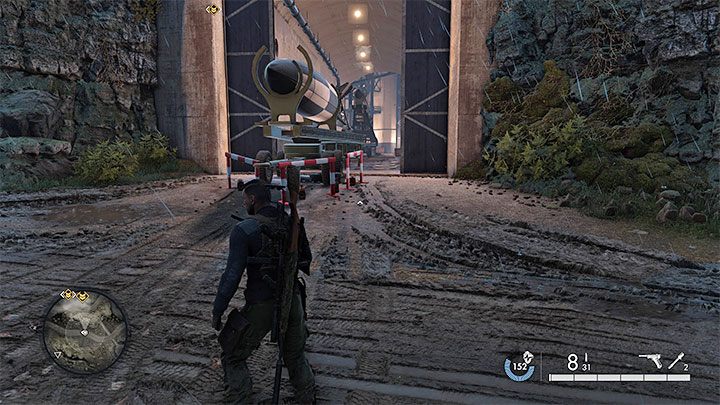 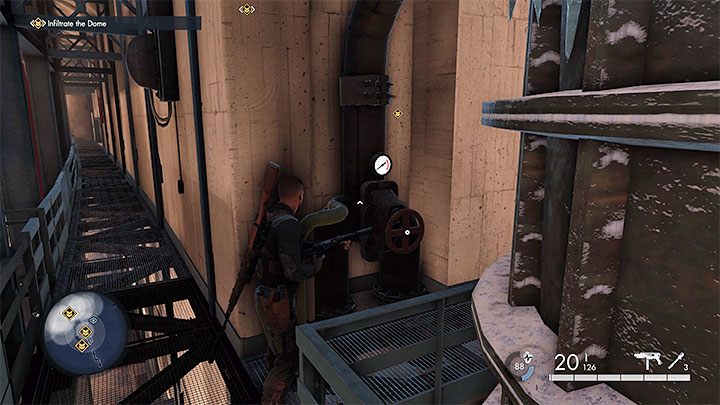 You must overload the pipelines to complete your objective. To do so, examine the upper balconies to locate two valves pictured above.

Use them and activate the fuel pump, completing the sabotage and blowing up the refueling station. 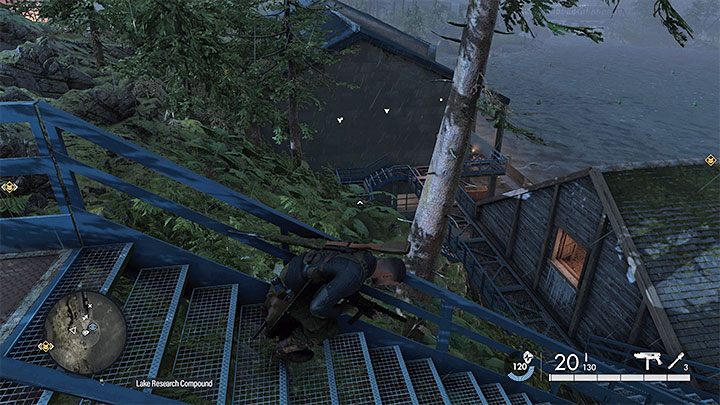 You must examine the facility on the lake shore in the western part of the map. You can reach it in different ways: from the north, east or the south-western fence (after you cut it open).

There are several groups of enemies inside the facility. You don't have to eliminate them, but they aren't too challenging. 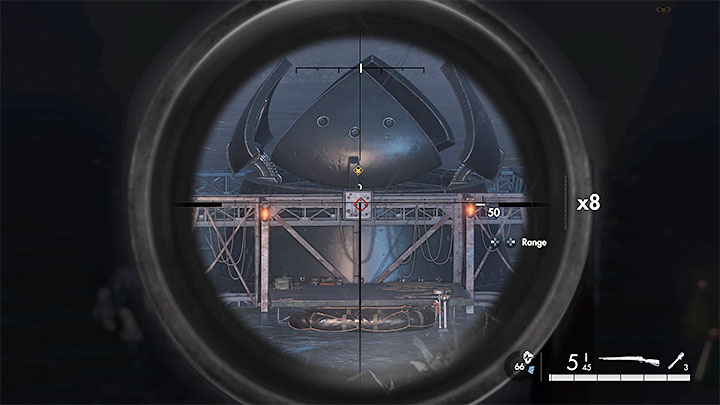 Your objective is to shoot the capsule on the lake, as pictured above. Fire from anywhere east of the capsule, as that's the only way to hit it. 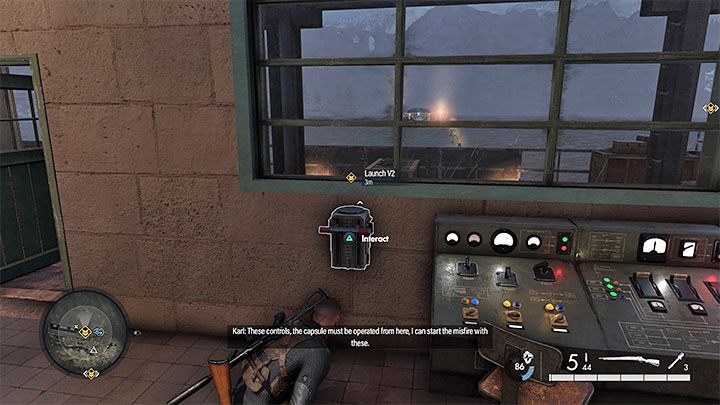 After damaging the capsule you'll have to launch the V2 rocket. The launch lever is in the observation lab in the facility. Pull it to destroy the rocket.