Locating the Stealth Plates is the first main quest of mission 5 (Festung Guernsey) in Sniper Elite 5. The walkthrough in our guide describes 2 locations related to the search: the Underground Hospital and the Hidden Facility. You will learn how to get to these places and how to infiltrate them easily. 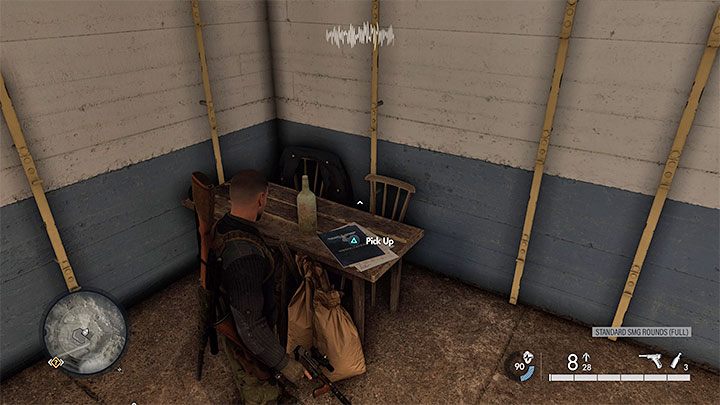 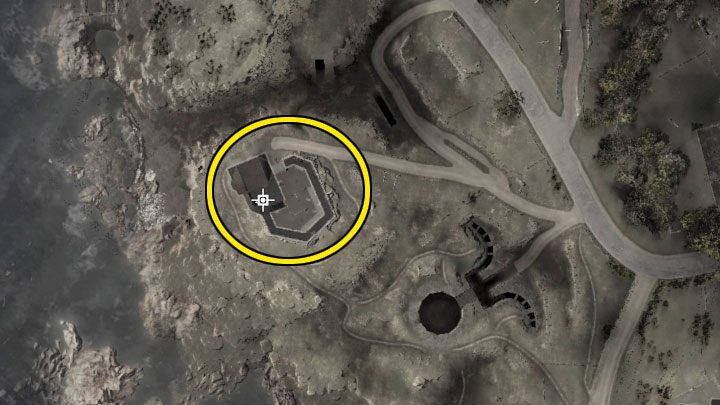 Important note - You can skip the exploration of the hospital. This will happen if:

The reason for this is that visiting the hospital is to find the Kraken prototype, and, as it turns out, it is in a hidden facility. Despite the option to "take the shortcut," we advise you to visit the hospital because it can also be associated with the task of destroying the Battery Mirus. You will also find secrets and other unique loot there. 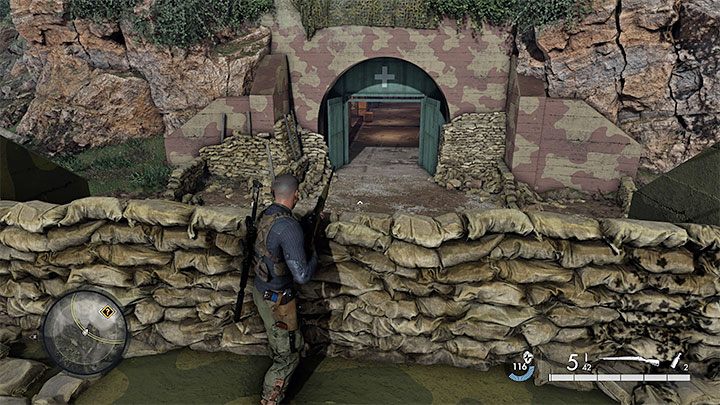 The Underground Hospital is located in the middle of the map and has several entrances. It doesn't matter which entrance you pick - choose the one at which you managed to deal with the opponents standing outside. 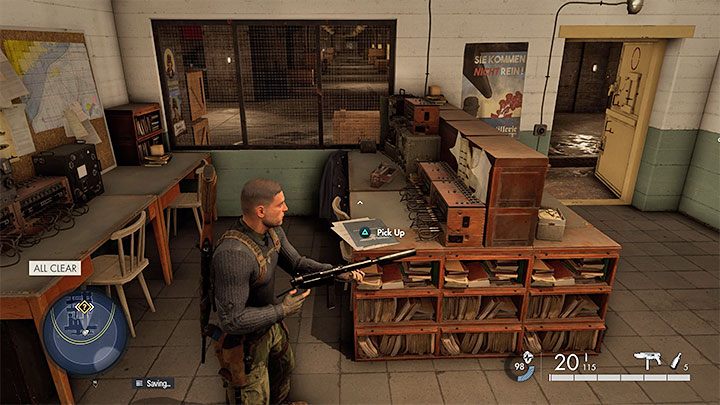 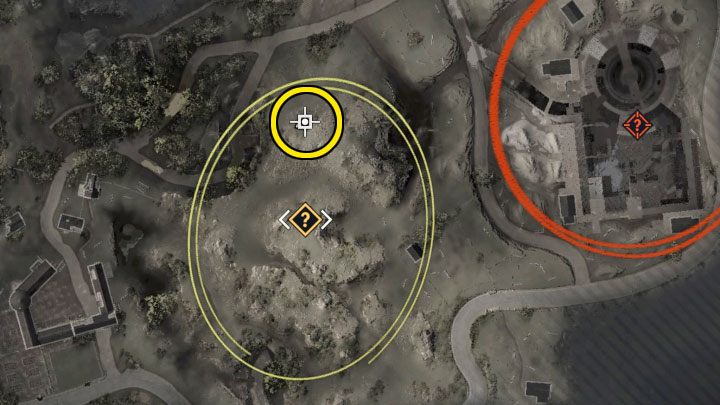 You will meet other enemies while exploring the underground complex. It's worth using radar and various covers there because raising the alarm is inadvisable.

To update the mission objective, you need to find the Transport Troubles document, shown in the pictures above, in the northern part of the hospital. It will allow you to unlock the trace related to the hidden facility. 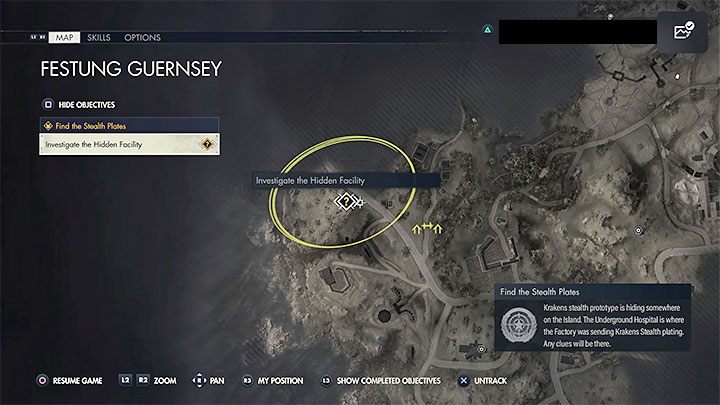 The secret facility is in the northwestern corner of the map (the picture above), and this is another underground location. You can get there in two main ways. 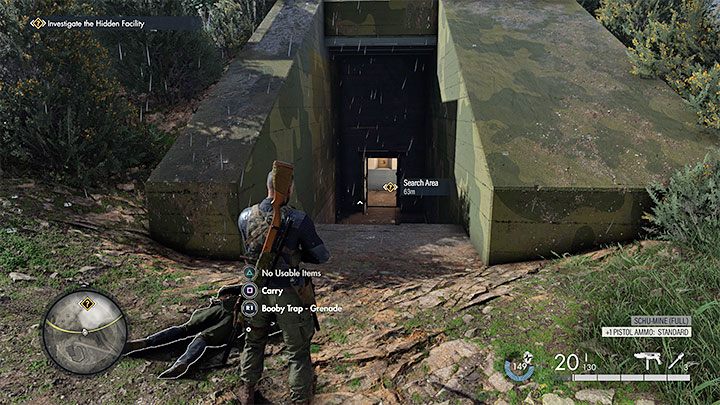 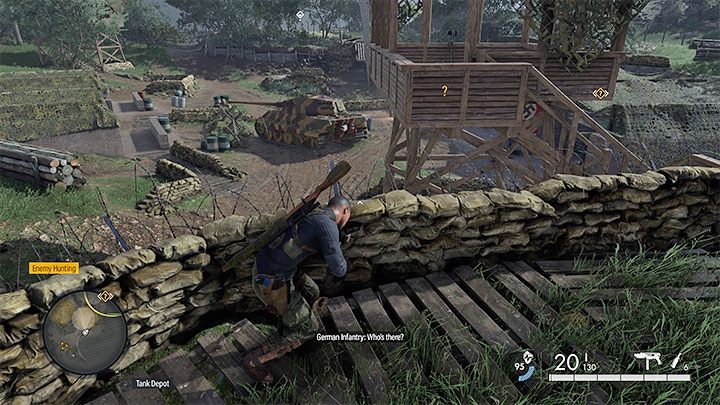 The second option is to reach the main entrance to the facility from the east. In this case, you have to pass through the enemy camp, in which you will encounter an enemy tank. 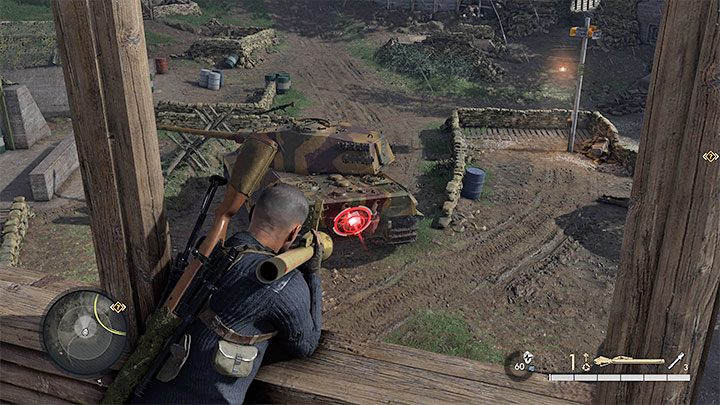 We don't recommend that you completely ignore this passage because one of the variants of the next mission objective may require you to return to this area. First, try to silently get rid of the nearby enemies (especially the soldier from the watchtower).

In the case of the tank, you can use the Panzerfaust (you can find it, for example, in the tower) or an explosive after sneaking up to its exhaust pipes. You can then attack the exposed rear of the tank (with Armor Piercing Rounds, Panzerfaust, TNT, etc.). 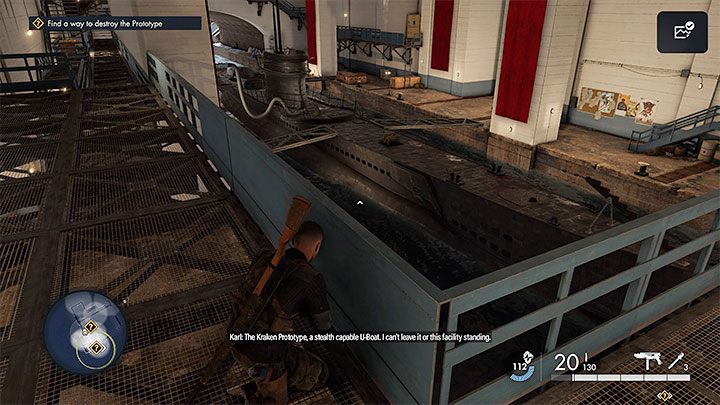 Regardless of the chosen route, you will enter the underground facility. Reaching the location with the U-boat will unlock the next mission objective. We described it on a separate walkthrough page - Destroying the Kraken Prototype.