Matthaus Ehrlich is the one responsible for the crackdown on the resistance - this qualifies him to be eliminated. An opportunity to eliminate the traitor appears in Mission 4 (War Factory) of Sniper Elite 5. Our guide explains where to find Matthaus, and how to eliminate him using a Rat Bomb (challenge). 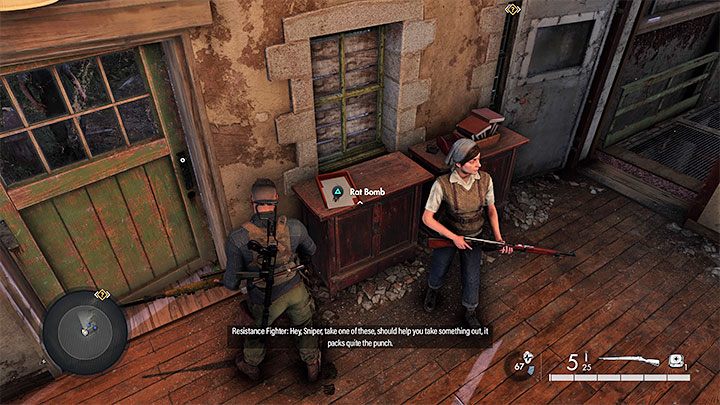 If you want to complete the Kill List Target challenge in Mission 4, you have to eliminate Matthaus Ehrlich with a Rat Bomb.

The bomb won't be brought with you as a part of your loadout, but you can obtain it during the mission itself. Obtaining the bomb is much easier if you choose the default starting location (Resistance hideout), as it is on a piece of furniture next to the hideout exit (screenshot above) 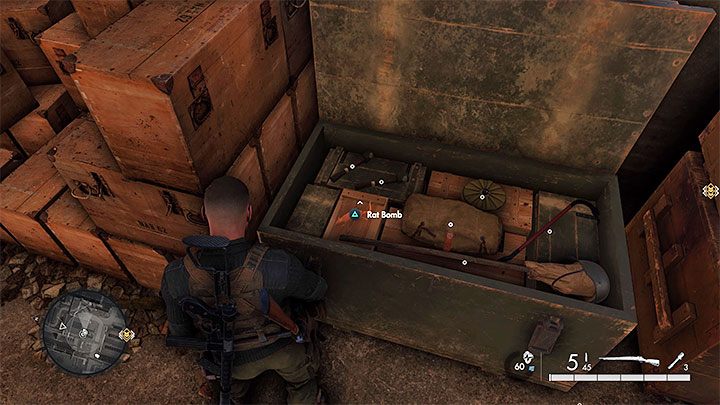 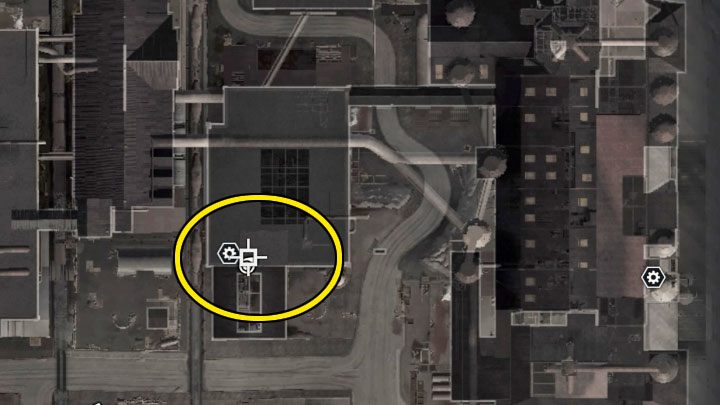 Moreover, there is a second bomb that can be found in the northeast part of the factory. To find it, reach the basement shown in picture 2 (its the one with a workbench) To get access to the basement, break into the building (lockpick, wire cutters) and use the ladder inside. You can find the bomb in one of the chests. 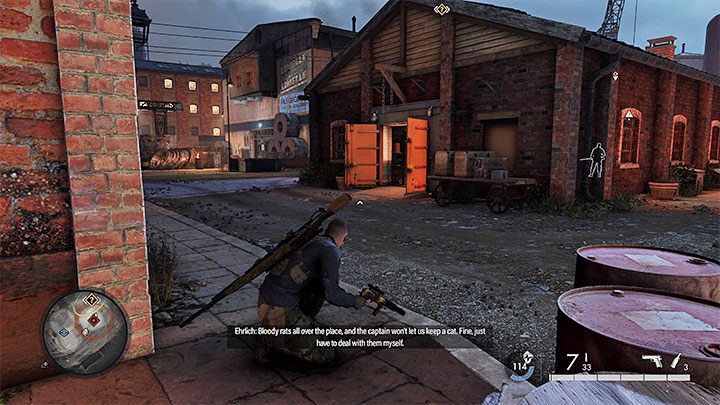 Matthaus Ehrlich stays in the same place throughout the mission, in a building in the southern part of the factory. You can sneak up there, e.g. from the western railway tracks that run through this part of the map.

Ehrlich is the so called Kill List Target - killing him is optional, but if you decide to go through with it, you need to do it right, in this case using a Rat Bomb. If you're sucessful, you'll receive a new weapon - Machine Pist.44 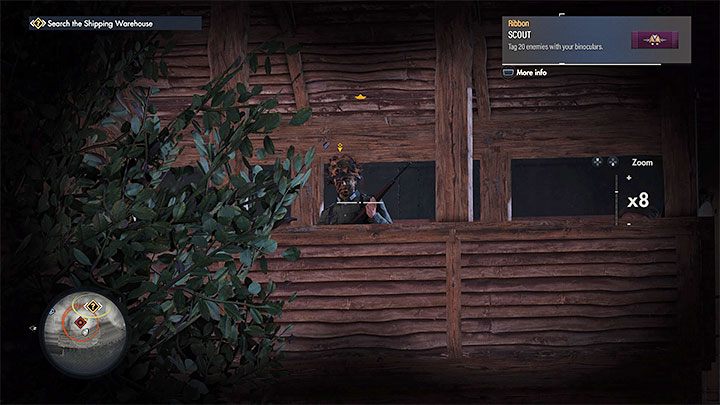 Important note - There are various dangers in this part of the mission area : 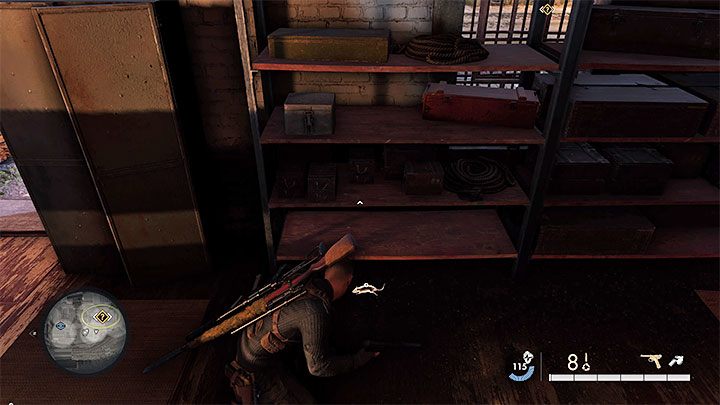 Approach the building with the target from the north . From Ehrlich's comments you will learn that he has a problem with a plague of rats. Wait for the soldier to walk to the neighboring room. Prepare a rat trap in one of the 3 available spots in the storage room.

You have to bring Matthaus to the area - you can throw a bottle (it should land right next to the trap) or whistle. 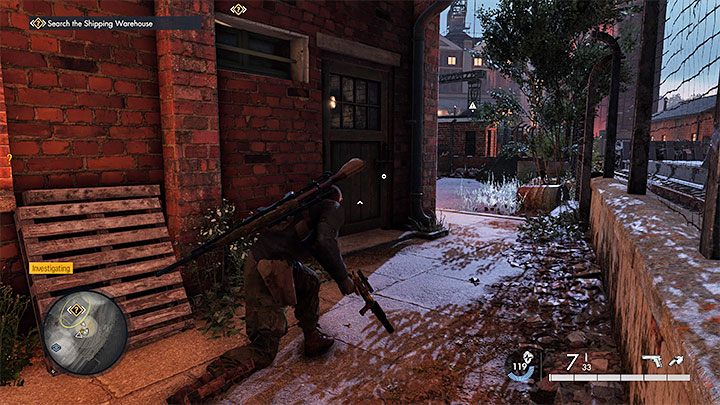 Get out of the building quickly and reach the side entrance . You can open it with a lockpick or wirecutters 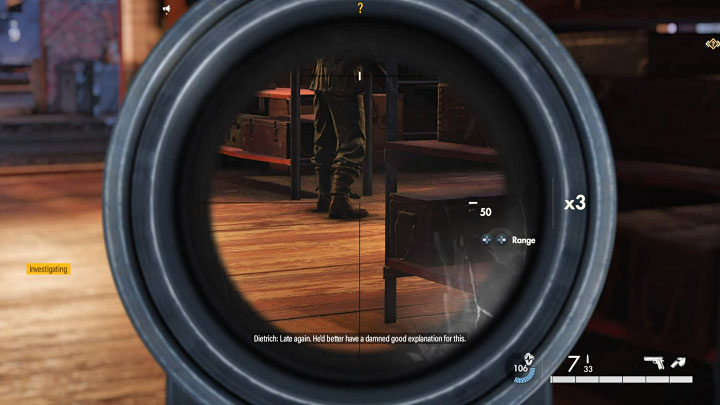 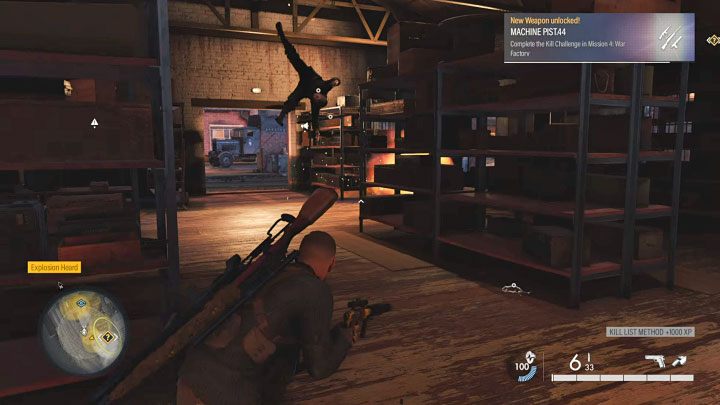 After opening the side door, sneak up from behind and stand in the place where you can see the rat bomb (example in picture 1). The bomb will not explode by itself and you have to attack it . Use a suppressed weapon to do this and wait until the target gets close to it. The explosion should kill Ehrlich and allow you to complete the challenge.