Our walkthrough for Mission 4 (War Factory) of Sniper Elite 5 wouldn't be complete without descriptions of side missions. Among others, we've shown how to unlock 2 optional objectives that involve destroying a generator and steelworks, as well as how what steps have to be taken in order to go through with the sabotage. Side missions can be completed in any order. 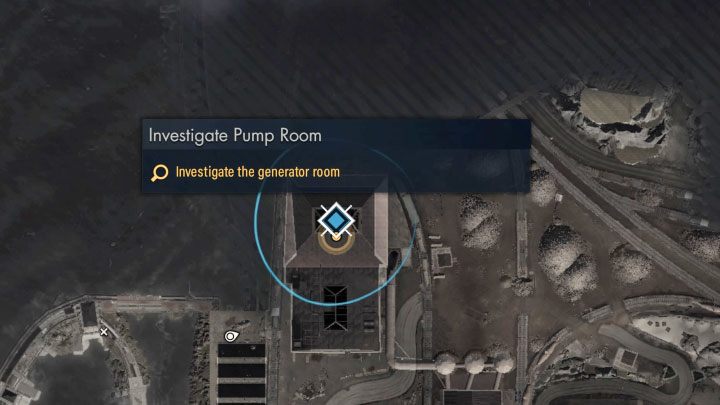 The generator is in the building in the northern part of the map , between the dam and the junkyard. Initially, this objective does not appear on the list of tasks. You have to approach the building with the generator to learn about the possibility of destroying it. You can easily get inside, e.g. through one of the upper windows. 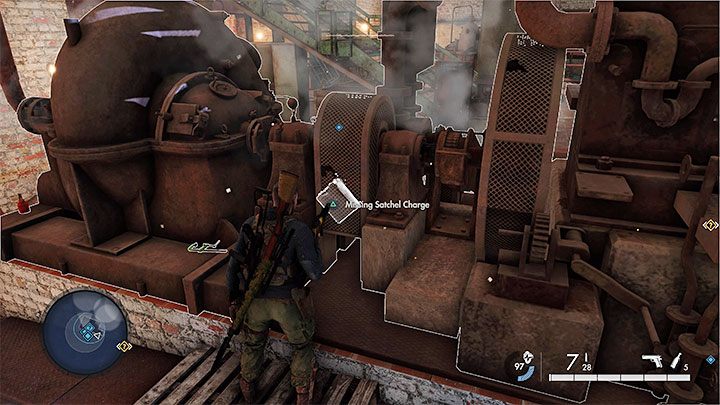 First, get rid of the enemies on the footbridges above and then start exploring the lower level of the building. There are 2 ways to destroy the generator :

The first option is to use an explosive . You have to find any in the factory and install it on the generator. This method is easier, but causes trouble in form of detection. 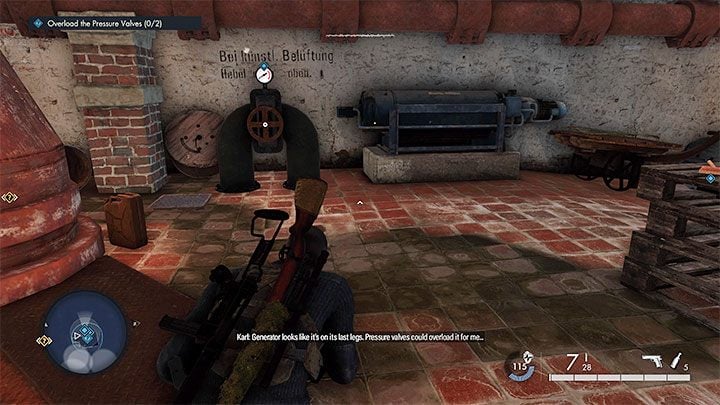 The second option is to overload the pressure pipes and to do that, you need to locate two separate valves. Interact with each of them to continue. 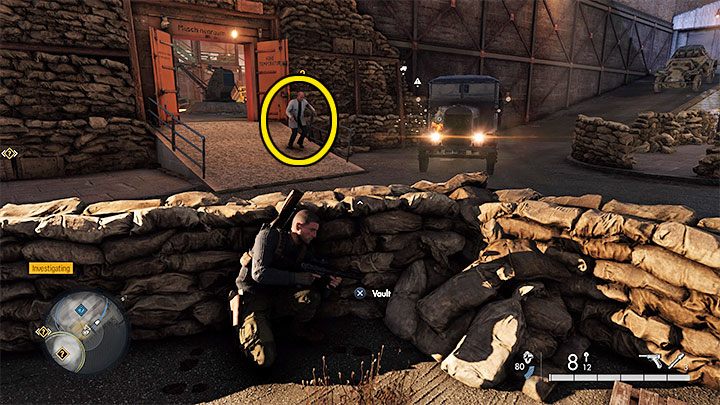 The large steelworks building is located in the central part of the map and has various possible entrances. For example, you can choose the eastern entrance after you have previously eliminated (preferably with long-range shots) the nearby guards.

In the steelworks, you can identify, eliminate and rob Reichart , who is carrying the Crane Control Room key . You can locate him thanks to his white clothes (screenshot above) 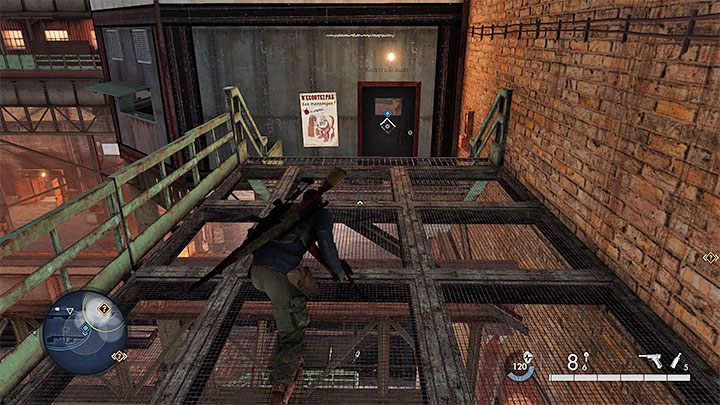 The key opens the room on the upper level of the steelworks (screenshot above) The key is not the only way of accessing the room, as you can also use an explosive (you can find some on the other end of the steelworks) 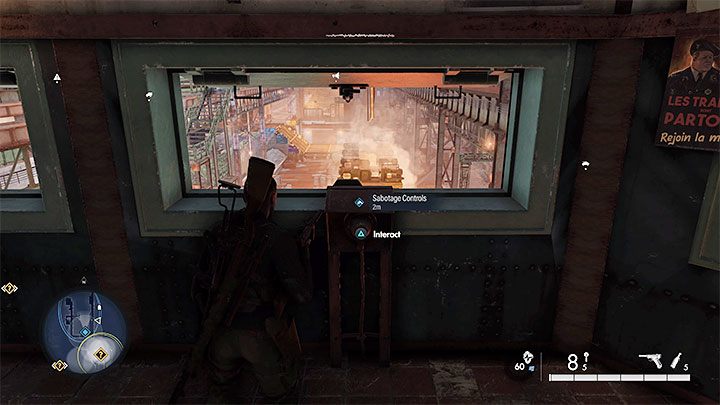 In the control room, get rid of the guard and sabotage the control console . A short cut-scene should begin that depicts the successful sabotage.