Main locations on the map

We have prepared a world atlas for mission 1 (The Atlantic Wall), which begins the campaign in Sniper Elite 5 . The high-quality map from our guide shows all the important locations, which include e.g. a radar and a hideout of the guerillas. You will also find markings for secrets and collectibles - there are 19 of them in total.

The most important locations on the Colline-Sur-Mer map 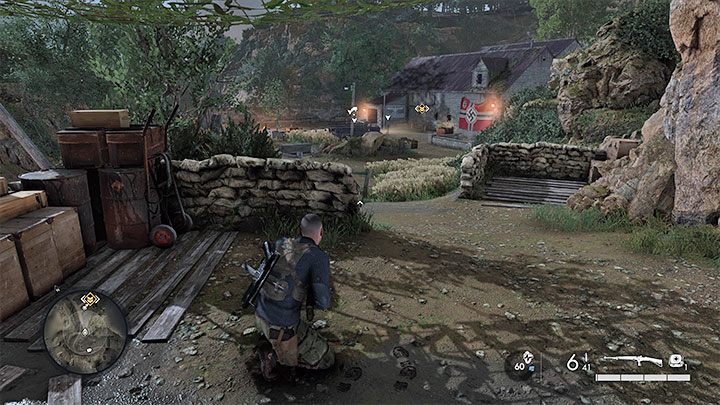 Reaching this building is the last stage of the mission introduction. Karl will save a member of the resistance interrogated in the facility. Soon after leaving the factory, you will reach the place where you will unlock full access to the map. An alternative starting point for the mission will be unlocked here. You will also find an armory with lots of weapons and supplies, as well as the first workshop. 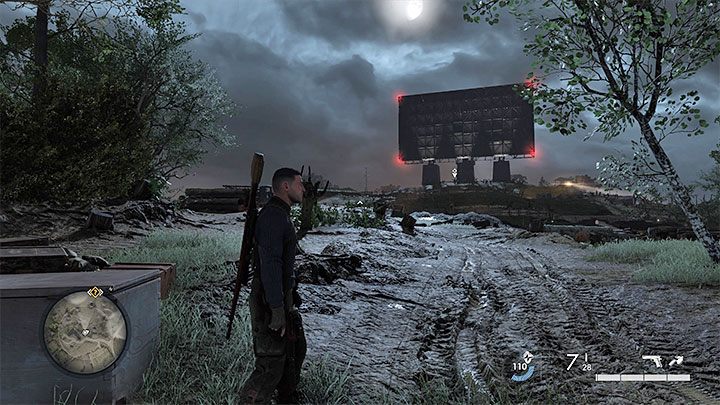 The large radar tower is located on a hill and it's related to one of the main goals of the mission. You can reach the radar from the south or through the rear tunnel, but you have to watch out for the sniper there. You can sabotage it in two ways - by overloading the generator or destroying the supports. 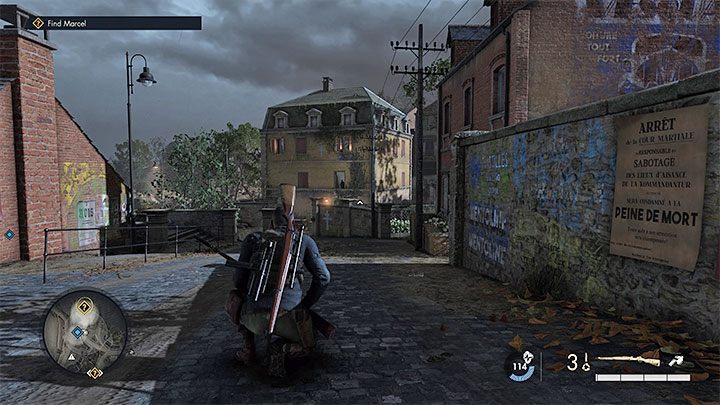 This is another location related to the main mission objective. In this case, you have to get rid of the enemies in the hideout, and then carefully examine it to find a safe with important documents. The key to the safe is hidden in the attic, which can be reached by climbing the vines. 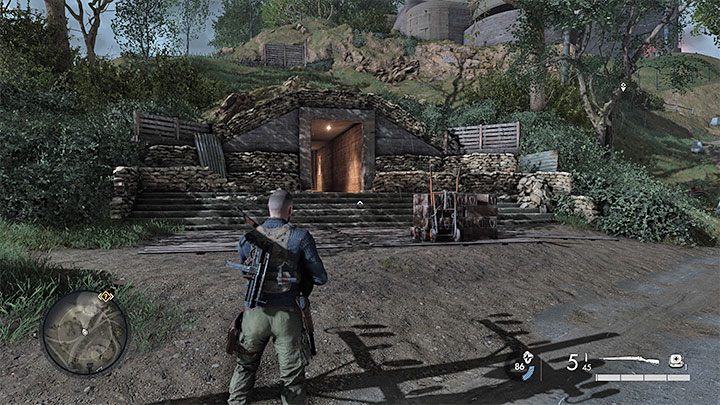 Using the tunnel is an alternative way to get close to the radar, i.e. one of the main objectives of the mission mentioned above. During the passage through the tunnel, you will meet only 1-2 enemies and at the same time you won't have to risk traveling through the trenches south of the hill. 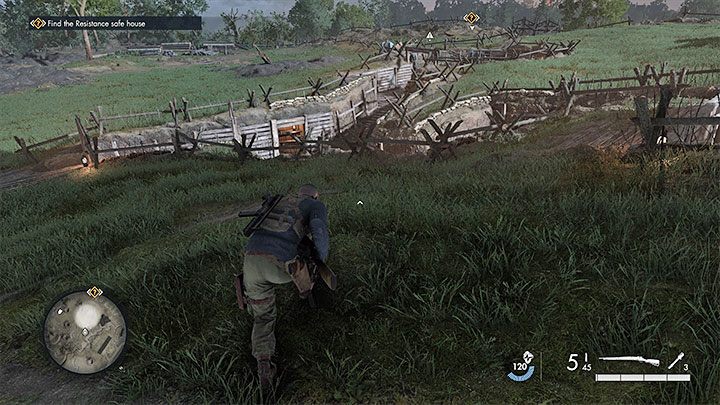 They are located to the south of the radar tower (the mission's main target) and the bunker below it. Going through the trenches is an alternative to the tunnel. You have to avoid staying in the open. Additionally, you have to identify the officer who has the bunker key and steal it from him.

The location where the first mission of Sniper Elite 5 takes place is Colline-Sur-Mer. It consists mainly of battlefields (the largest are on the beach and in the vicinity of a large radar tower) and a town occupied by the Nazis.

The beginning of mission 1 is linear - go through the south-eastern parts of the map to complete a series of tutorials. Fortunately, after completing the initial mission objectives, you will unlock the option to freely travel around the map and it will remain so until the end of the mission.

This stage has many open areas. On the one hand, they can make the game easier for you, as you need to use binoculars and a rifle to eliminate distant enemies here. On the other hand, you have to watch out in these locations because there's no possibility of using covers (we recommend hiding in tall grass). The good news is that you should only encounter one enemy sniper while completing this mission.

This mission has 4 possible entry points. When playing it for the first time, you have to start on the submarine in order to move to the shore after the first tutorial. You can unlock new potential entry points by finding them on the map. This will allow you to select them when repeating the missions in order to reach places where you perform main activities faster, for example.

In Mission 1, there are various main and side quests to complete. We discussed them on the following pages:

Mission 1 hides 19 secrets and collectibles. These include 3 workbenches, as well as various types of artifacts or documents. Their locations are shown on the map.