While playing mission 1 (The Atlantic Wall) in Sniper Elite 5, you can complete 3 side quests. Our guide explains how to destroy coastal defenses, gun batteries and anti-aircraft guns. You will find information on the location of all sabotageable structures and the steps required to get rid of them.

Additional note - Side quests are activated after acquiring intel or approaching one of the locations associated with them. You can complete them in any order and "in parts", e.g. destroy 1 cannon first and leave the next 2 for later. 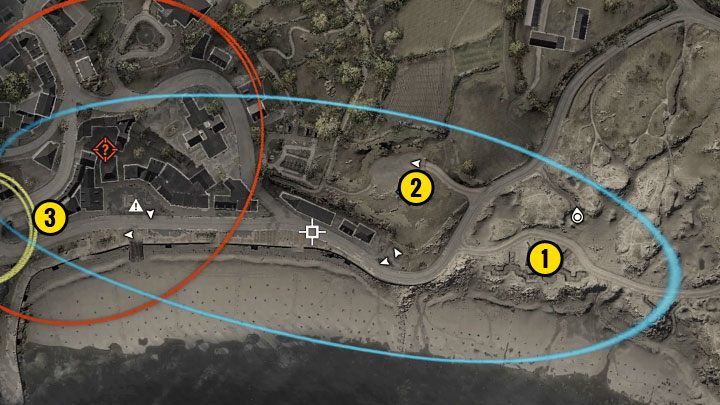 The fortifications to be destroyed are:

The mission objective should appear in your journal after you approach any of the listed objects. 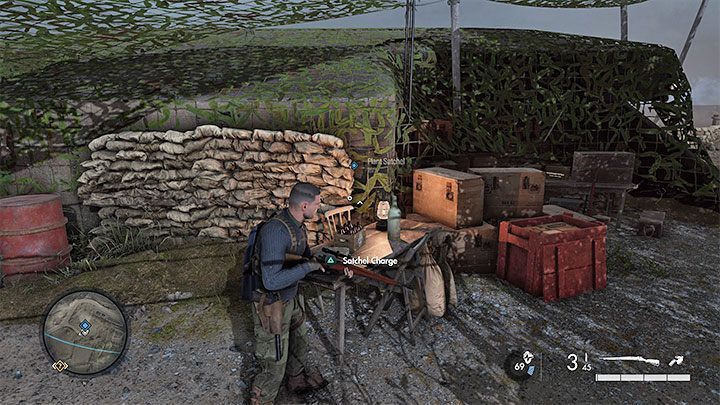 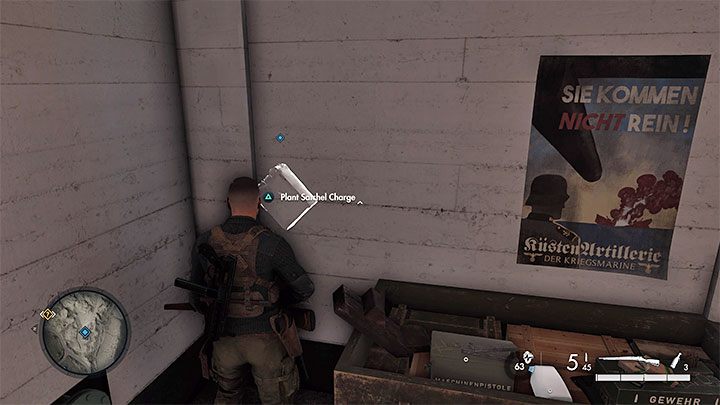 There are at least a few enemies near each of the bunkers. If you want to avoid direct confrontation with them, hide in the dunes and lure out individual enemies by throwing bottles.

Do the things in the same way. You will find at least 1 explosive near the bunker. You have to enter the bunker with it, reach the marked place where you have to place the charge, light the fuse and escape before it explodes. 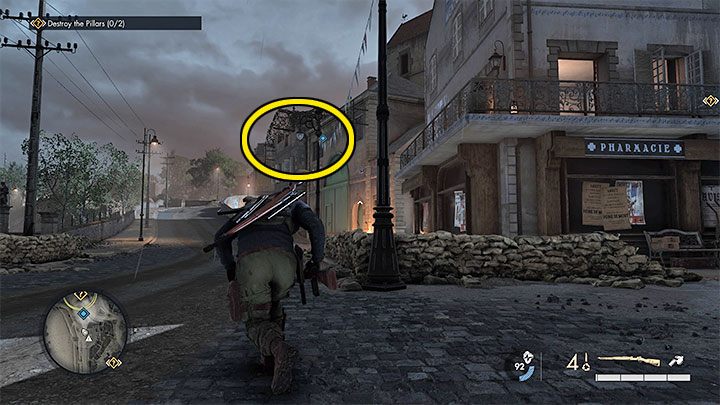 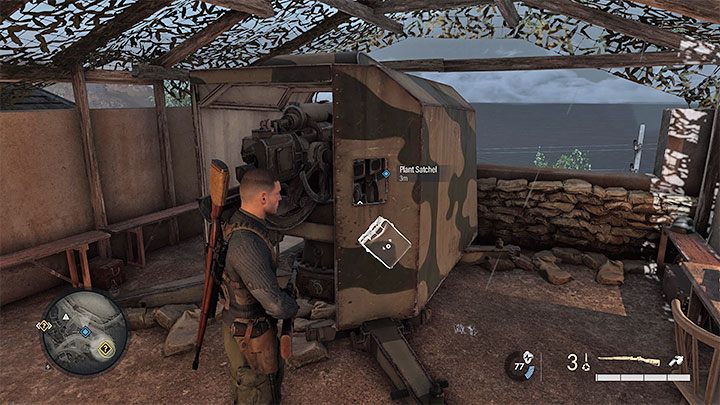 The gun battery from the city is located in its western part, near the resistance hideout. You have to enter the appropriate building and use the ladders to reach the top floor. There you will find a mission objective, which can also be blown up with an explosive found nearby. 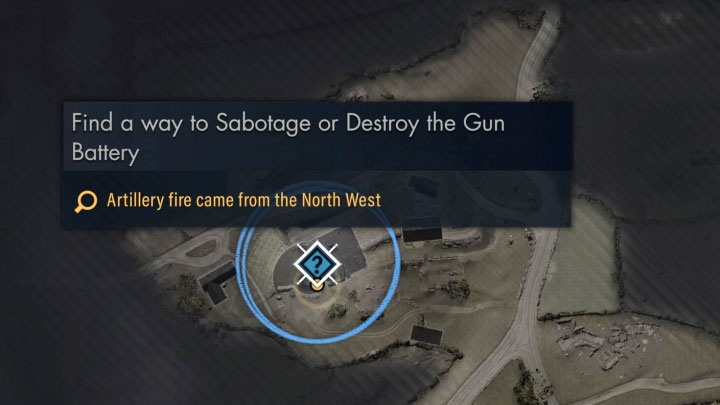 The gun battery is in the enemy camp located in the northwest corner of the map. You can find out about it from intel or by approaching this location. 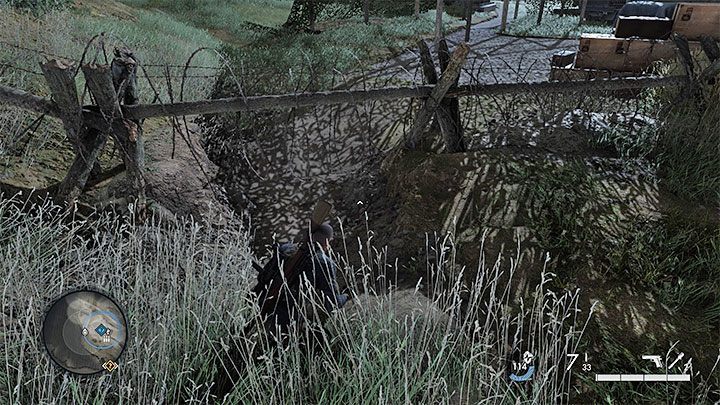 There is a large group of enemies there. Watch out for the guard in the observation tower.

Choosing the main entrance to the enemy base is a bad idea. Look to the south of the base for an alternative passage under the barbed wire shown in the picture above. You have to crouch here or lie on the ground to squeeze through it. 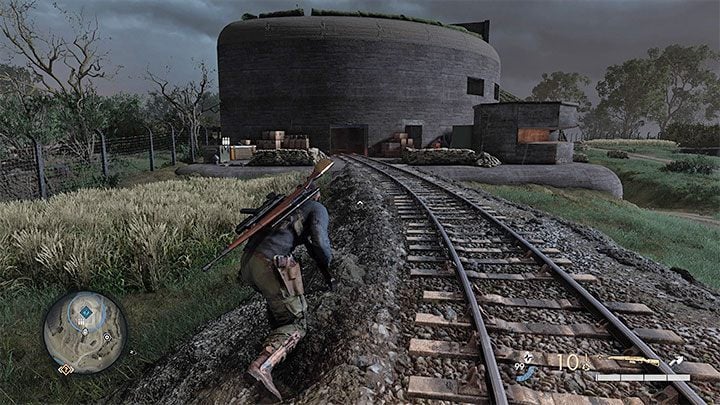 In the small building to the west, you will find bolt cutters that you might need later. Ultimately, you need to reach the central building of the enemy base (the one with a blue icon) - tracks lead to it (the picture above). 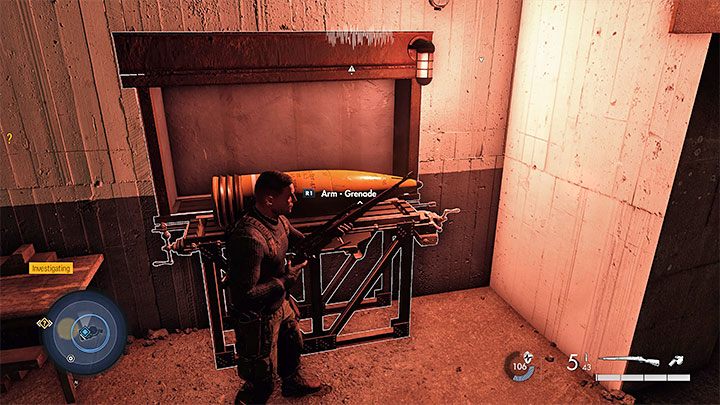 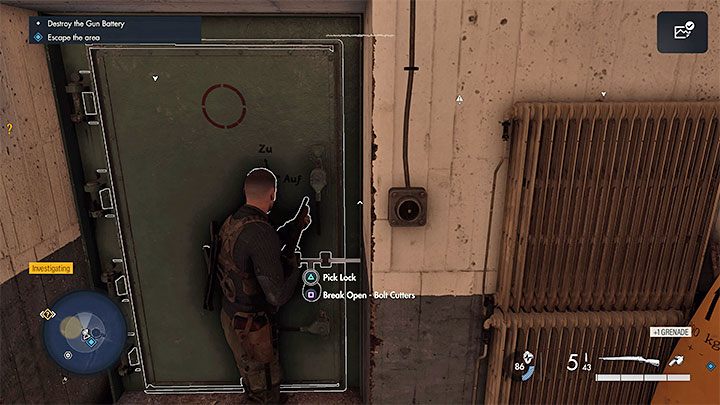 Inside the building, apart from avoiding (and optionally eliminating) enemies, look around for the ammunition loading room. You can sabotage one of the missiles by using a grenade on it (picture above). After that, quickly go towards the building's exit, which you can open faster with bolt cutters. There will be an explosion that will destroy the gun battery. 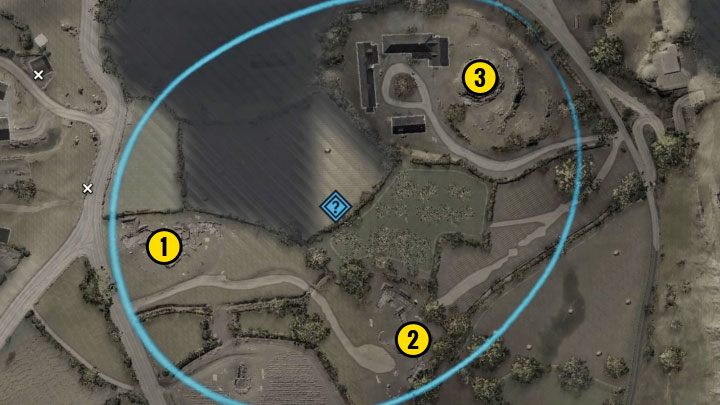 3 AA guns are located in the northern part of the map - you will receive the mission objective of destroying them once you get close enough to any of the AA guns. The locations of the anti-air guns are presented on the attached map. You can reach them in any order. 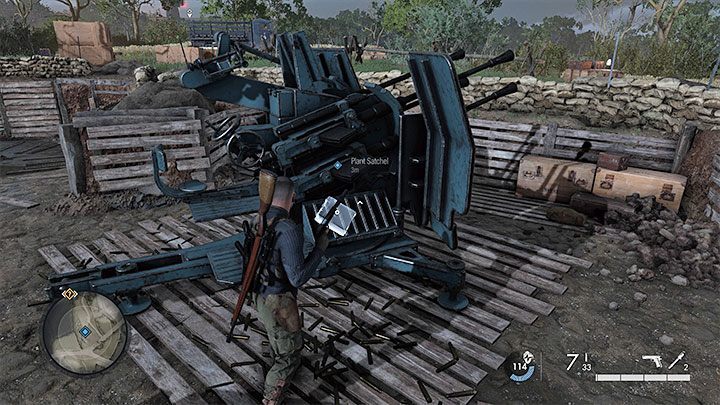 Expect to encounter at least a few enemies near each mission objective, many of which can be eliminated with long-range attacks.

The scheme of operation is simple - locate the explosive near the cannon, then place it on the gun, set the fuse on fire and retreat to a safe distance.