Another major objective of Mission 1 (The Atlantic Wall) of Sniper Elite 5 is to neutralize the radar found in the northern part of the mission area. Our walkthrough explains how to get to the radar (there are two paths available - from the front and a less obvious path through the tunnels), as well as how to go through with two possible ways of getting rid of the radar - either by placing explosive charges on the supports or overloading the generator and sabotaging the fuse box. 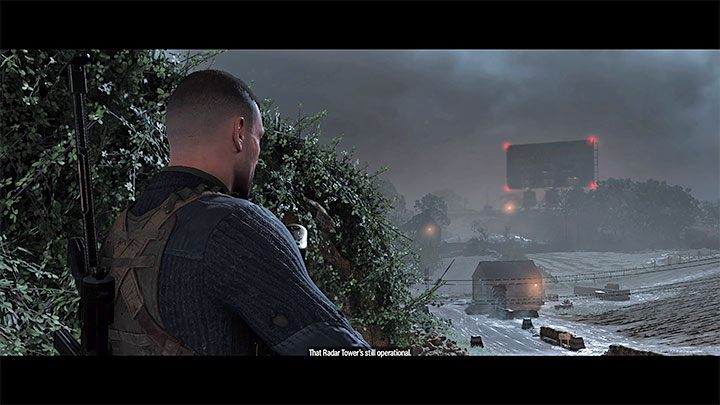 Neutralize Radar is one of the two main objectives of Mission 1. You'll learn of the radar tower after completing the first phase of the mission, described in detail on a dedicated page of our guide (Securing the Beach and Helping the Resistance)

The location of the radar will be marked on your map (in north-eastern part of the mission zone, to be exact) There are several possible paths to your destination, and we've listed them below. 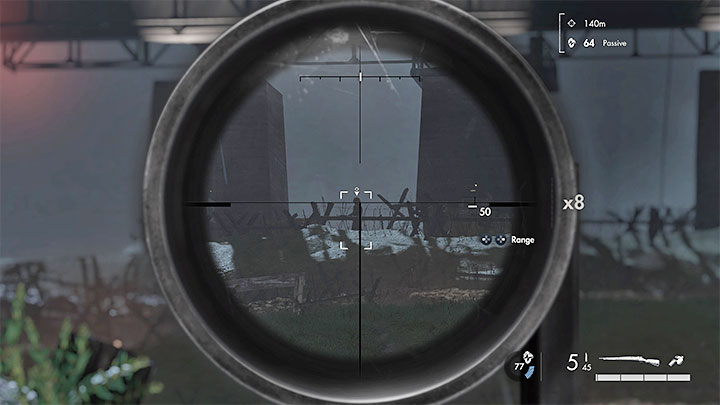 Before you do anything else, start by taking care of a sniper found on the hill next to the radar (screenshot above). Make sure to locate and tag him even before approaching the objective. Now, you can either shoot him from a distance (watch out, you're pretty far away) or stay out of his sight and take care of him once you get closer to the objective. 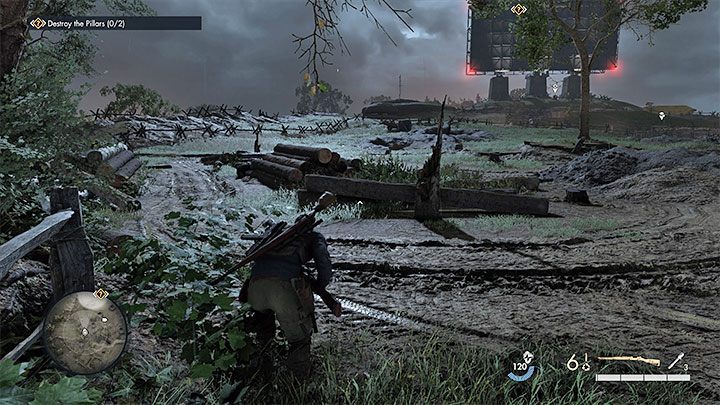 The more obvious path to your objective leads to the radar tower from the south . There is an asphalt road and trenches here, which, due to the large open space, should be used to avoid being detected by the sniper and other enemies with a larger field of view. While following the trenches, pay attention to your radar and react to the circles marking the locations of opponents. Also make use of your Focus to locate the indvidual soldiers. 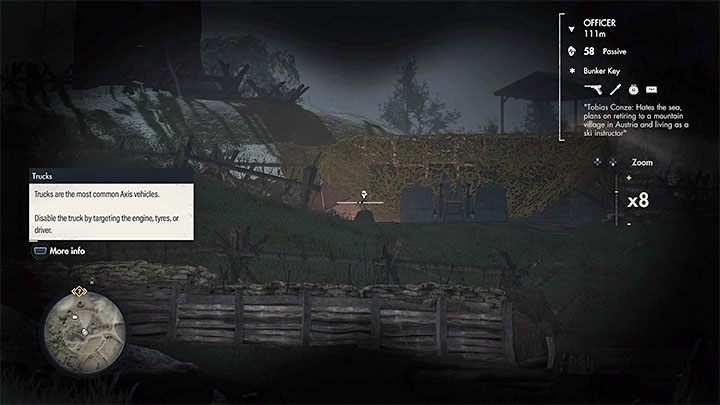 The hill with the radar is tightly surrounded by barbed wire and you can just access it from any direction. Instead, you need to pass through a bunker located at the base of the radar hill. The entrance to the bunker is locked, but there is an officer with a key nearby. Locate him with your binoculars (screenshot above) and then eliminate him and open the bunker door. When inside the bunker, don't rush to next rooms, but scan them carefully.

The less obvious path is ultimately, a better idea, involving crossing through a tunnel at the back of the radar hill. 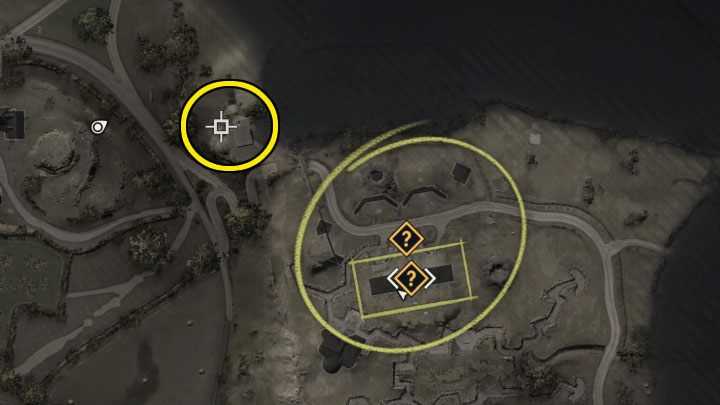 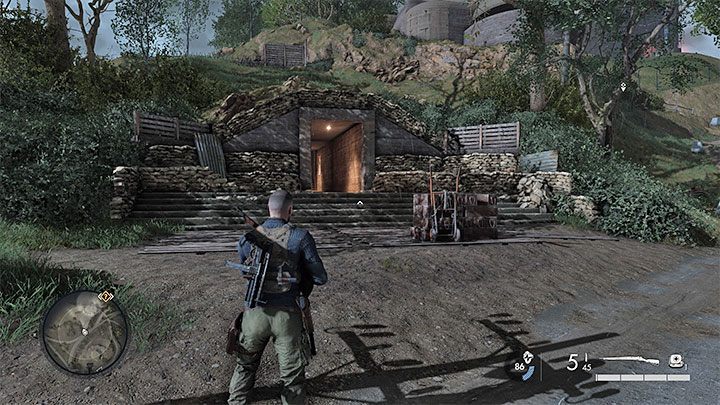 The entrance to the tunnel is shown in the screenshots above - watch out for a machine gun emplacement in the area which should be taken care of first or at least distracted. 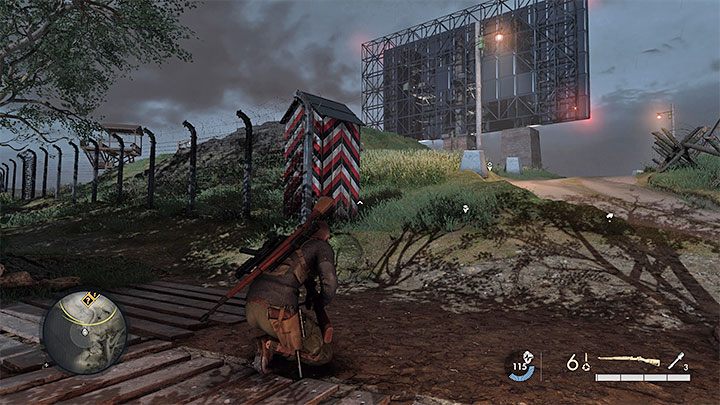 Inside the tunnel, you'll encounter one or two opponents, but getting rid of them is very easy. Ultimately, you should reach the backside of the radar (picture above). There is another hill here that you can use to hide and plan attacks on enemies in the area.

Option A: Destroy the pillars

This is one of the two possible variants of completing the mission objective (alternatively, you can choose option B) and it involves using explosives to destroy the radar. 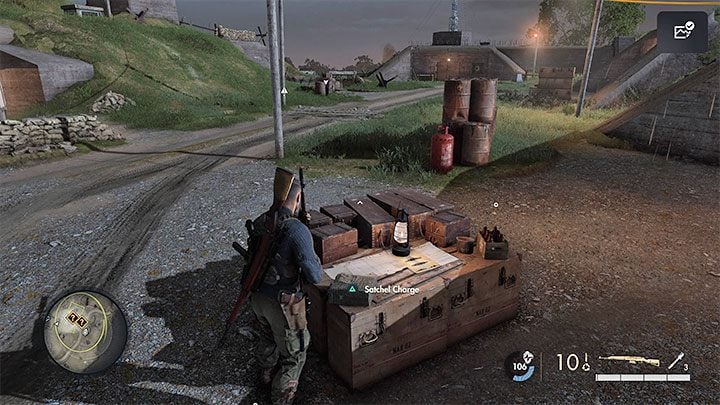 You'll find Satchel Charges all over the radar area. Even in the area behind the radar, you should find 2 of these easily. 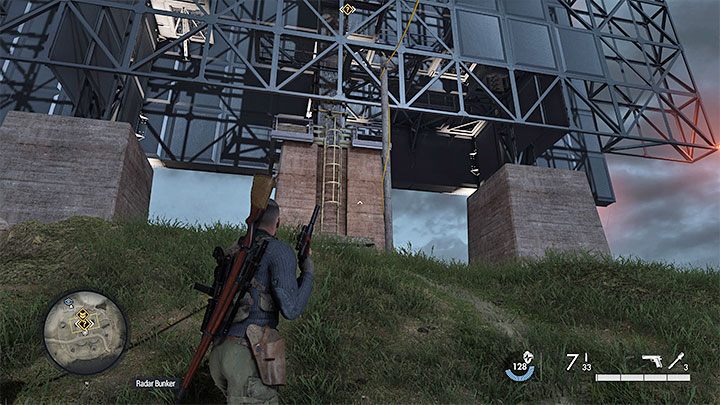 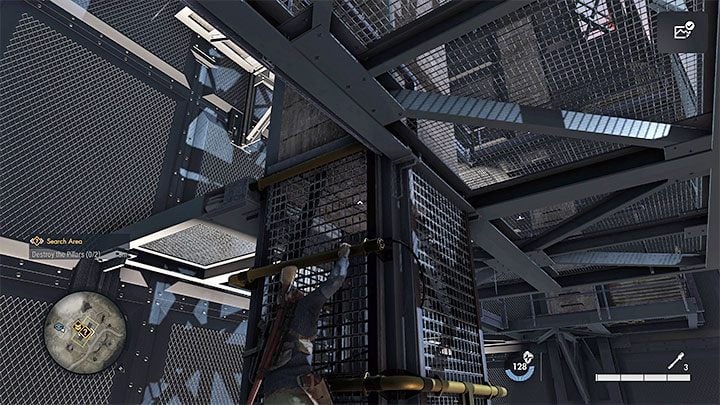 Travel to the radar hill and use the ladder to get to its lower balconies. Continue climbing up by using the yellow ledges (shown in the screenshot above( If needed, climb sideways - you don't necessarily have to climb up all the time. The goal of this climb is to get to the higher balconies of the radar. 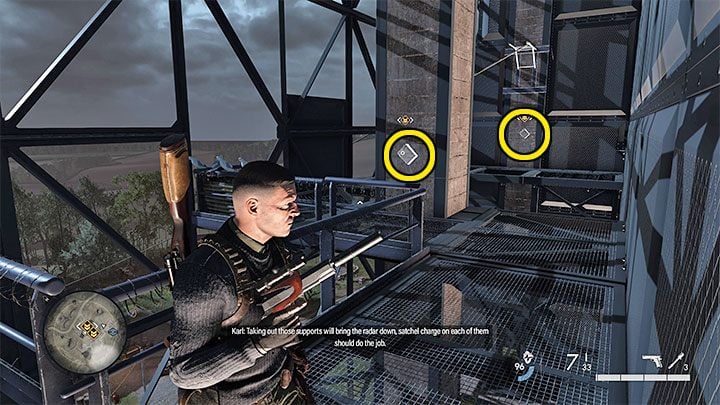 Find another ladder to get even higher. You will find yourself on the highest balconies . In the places marked in the screenshot, you have to place 2 explosives on the pillars . When planting both charges, choose Light Fuse - Slow so you have enough time to escape. 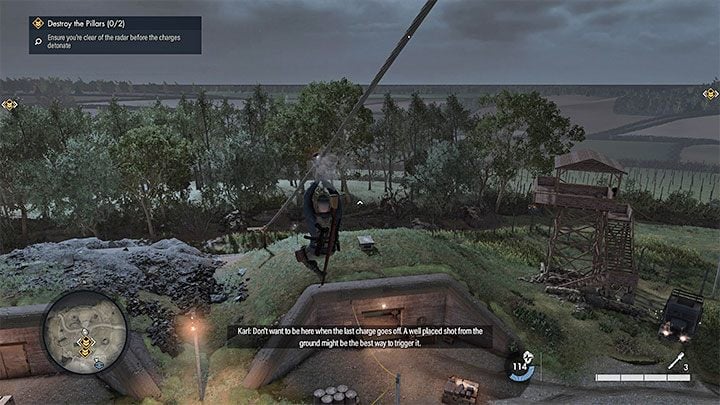 The escape route leads through a rope shown in the screenshot above - you need to slide down using it. After returning to the area behind the tower, wait for the explosives to go off to complete the objective. 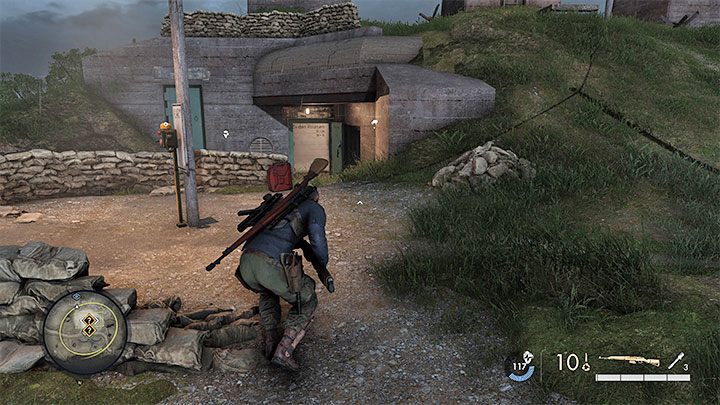 This is the second possible variant of completing this objective (you can choose Option A if you like) and it involves overloading the generator that powers the radar and sabotaging the fuse box which will decommission the radar.

If you've chosen Option B, make your way to the bunker under the radar tower . If you've reached the radar area through the frontal route, then you need to get rid of the officer and take his key. The less obvious path (the one that leads through the tunnel) allows you to access the bunker without having to get the key. 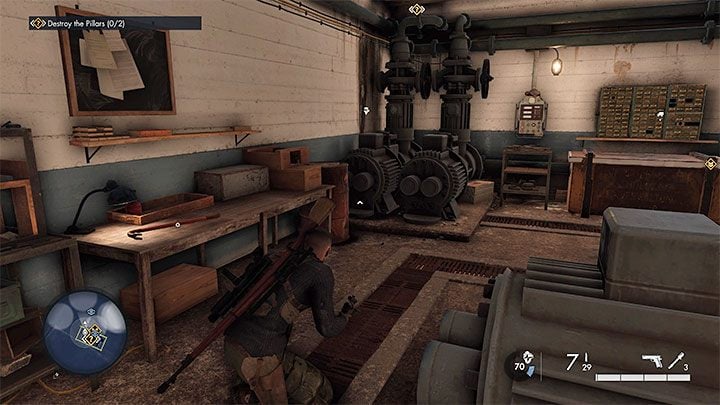 While exploring the bunker, explore all the smaller rooms you pass. In one of them, you can find a crowbar (shown in the screenshot above) 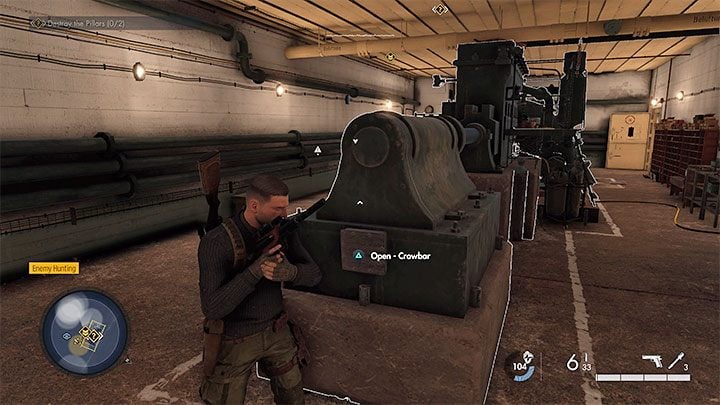 Once you have the crowbar, you need to reach the engine room. Use the item to overload the generator shown in the picture above. 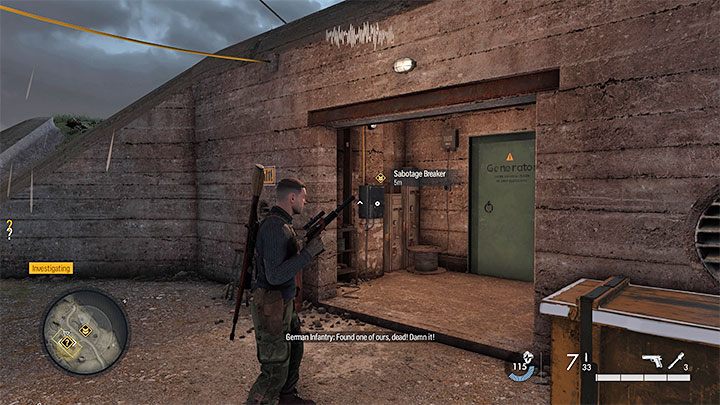 Finally, you have to reach the area behind the bunker. Follow the power lines and you will locate the fuse box shown in the picture. Interact with it to finish the sabotage process and a cut-scene will start depicting the destruction of the radar (and completing a main objective of the mission)