Silenced weapons can make the gameplay in Sniper Elite 5 easier, as they reduce the risk of being detected. This page of the guide will tell you how to get the first silencer for a rifle, as well as how to obtain a found weapon with a silencer.

Found weapons with a silencer 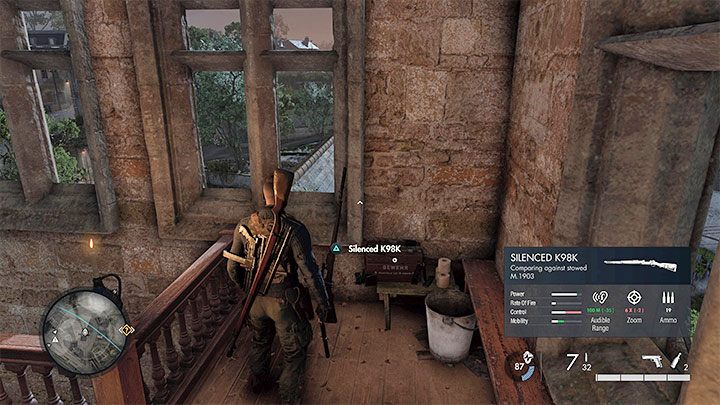 A weapon with a silencer can be obtained during the mission and is then called a Found Weapon. It can, for example, lie next to a dead enemy or be stored somewhere. The best chance of finding silenced weapons is by searching the armory and various sniper hideouts. You can find a silenced rifle (example in the picture), a pistol or a submachine gun (SMG).

If you find a good silenced weapon or some other potentially useful one (e.g. MG42), you should use it wisely. For example, use it only to silently kill the most problematic enemies, and for others, rely on the main weapons.

Unlocking a silencer for the rifle permanently

You can reduce the problem of using found weapons by unlocking silencers for permanent weapons (those selected from the equipment menu before a mission). If you want to be an effective sniper, unlock the silencer for the rifle. 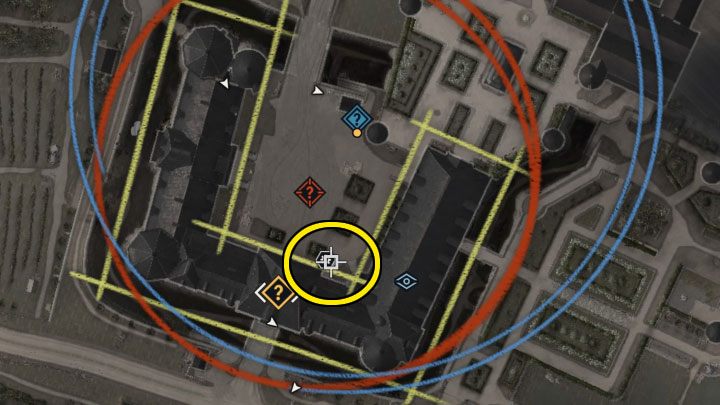 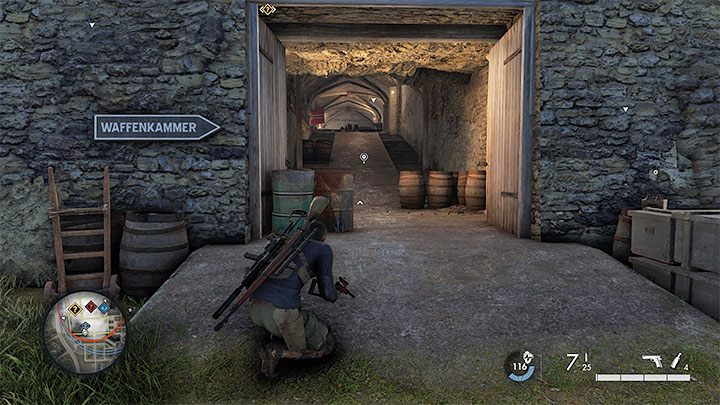 By default, the game will not allow you to install any rifle silencers - you have to unlock them first. The first models can be obtained during mission 2 (Occupied Residence). Head to the armory in the Chateau basement marked in screenshot 1. The easiest way to get there is from the side of the moat (picture 2), which you will get to after using the old tunnels (more details in the walkthrough for mission 2). 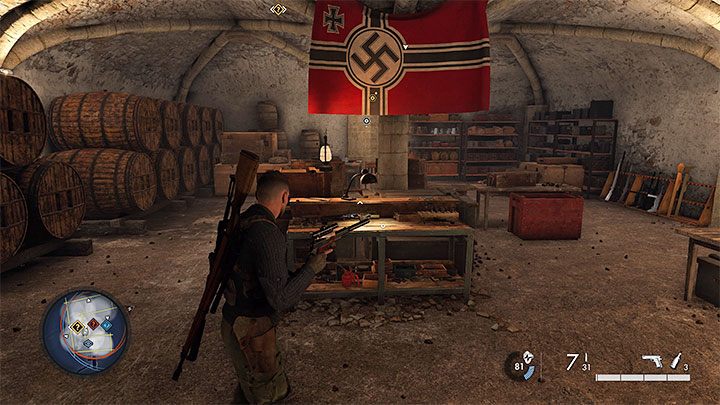 There are two guards in the basement. Get rid of them silently and examine the workbench shown in the picture above. Using it for the first time will unlock new rifle modifications, including silencers. 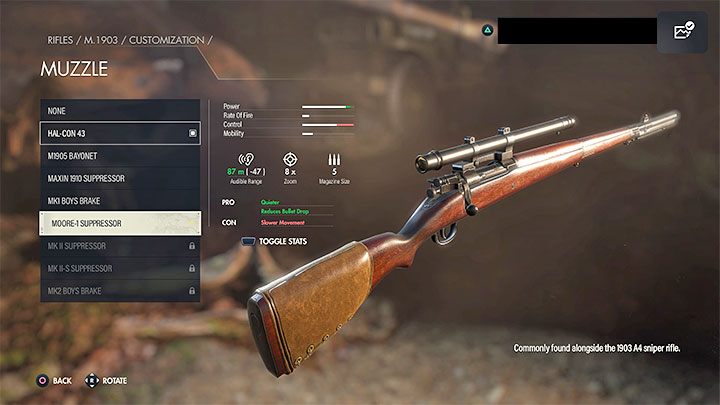 Go to the appropriate tab with the barrels. You can choose new silencers from the list (example in the picture). Of course, these are not the only ones and if you want to unlock more, you will have to meet their requirements.

Note - Installing a silencer does not completely silence the weapon, but only reduces the audibility range, i.e. the area within which enemies will react to the sound of a shot. It can still be a big help for shots fired from longer distances and from places where there are no enemies. 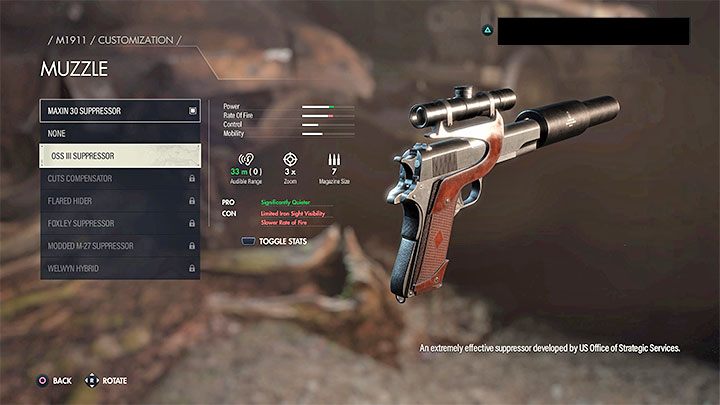 Additional information - Silencers are also available for some other permanent weapons. You can, for example, mount a silencer on one of your pistols (the picture above). You can view blocked silencers in the install attachments window to find out what the unlock requirements are.