This SMITE guide describes all of the most important functions of the game and it also helps with getting to know its basics. It often happens that the slang of the game is confusing, especially for the beginners, therefore, the first chapter of this guide contains the dictionary of all of the most important collocations and sayings in the game. The second chapter is a detailed description of the basics of the game, such as control over the Gods, usage of Wards to maintain the vision on the map, Last Hitting, etc. In the next chapter the player will find the game modes, as well as different kinds of games within particular modes. In this chapter you can also find detailed description of the main aims to achieve on the particular map, as well as some advices which may be useful during the game. The heroes of the game are also very important, therefore, the next chapter of this guide is devoted to them. In this chapter the player will find out about the types of the Gods, their strengths and weaknesses and their role in the game. In the next chapter you can find information about the Gods' functions in the team and their detailed description. What is more, there also is a description of the free rotation of the Gods and the possibility of getting 5 Gods for free at the beginning, something that every beginner will base on. After getting to know all of the Gods, it is good to check on the next chapter to see the heroes which are recommended for the beginners. Playing those characters is not difficult and it surely will help in getting to know the basics of the game. The game client's most important functions and the interface of the game are also described in this guide. The guide is filled with mini maps, with main game aims marked on them. 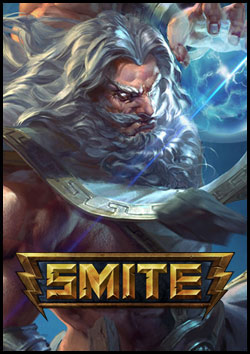 Smite is a production that focuses on network skirmishes between the players. Firstly, battles are shown from a third person perspective. Secondly, controls are inspired by typical action games/TPP. Finally, the gameplay is arcade, because is is based on the so-called skillshots.

The players assume the role of deities from different mythologies. Each of the available characters has its own characteristics and unique powers. Our task is to reach the enemy base and kill the mighty Minotaur located there. As you progress in the game, gold and experience points gained are used to acquire new weapons and powers. Smite is played just like arcade games. The camera is placed behind the back of the protagonist and combat effectiveness of a deity depends both on our reflexes and our accuracy, not just statistics.

Smite Game Guide is also available in our Mobile App This site is not associated with and/or endorsed by the Hi-Rez Studios or Hi-Rez Studios. All logos and images are copyrighted by their respective owners.