"Sid Meier's Railroads!" isn't a linear game. You will be able to build up your railroad empire using various different approach methods. Bear in mind, however, that during all of the available scenarios you will be racing against time. I've already said before that the game speed is rather high. As a result, you won't be allowed to make any major mistakes. You also won't be able to delay some of the more important investments. Otherwise you wouldn't be able to fulfill given objectives. It could also slow down the growth of your railroad empire. Each time you decide to start a new singleplayer scenario, you should take a close look at the list of the mission objectives. You will have to find out which cities need to be connected and what exactly has to be done. This will help you to avoid making bad decisions. You shouldn't start your game far away from the mission areas, because you would have to spend more money and effort in order to be able to reach them. Additionally, you shouldn't be choosing small villages for your start locations, mostly because you would have to help them to grow in the first place. You should always be on a look out for bigger cities. Having other towns in the area is equally important, because you will be able to establish a few profitable connections right away, without having to worry about anything else. 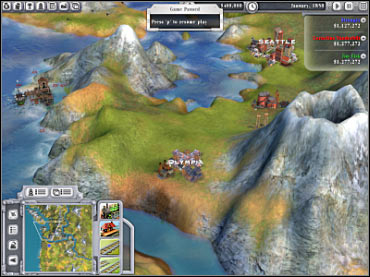 Remember that you will always be able to choose between several start locations. Take a closer look at the map in order to choose the most interesting city.

Usually a start location is already a large town, so you won't have to help it to grow. This means that you will be able to proceed with the transportation process (civilians and mail) right away. It's very important that you to do this, mostly because these actions will provide you with a stable income. It's best to have other towns in the vicinity, so you'll be able to proceed with the transportation process right away. Otherwise you would have to focus on finding industrial buildings and hauling different types of resources. You'll start off with simple goods - lumber, milk or grain, however you'll be able to choose more luxurious objects during the course of the game. This will make your life a lot easier. If you decide to take on expensive goods, you won't have to worry about the distance separating a factory from a destination (one of the connected cities).

It would be best to start the game with only 2-3 standard connections. You will have to make sure that they're turning profits, so you don't start losing money. You should also consider selling some of your stocks. This will help you to organize a better start. Sadly, you won't be allowed to sell your stocks during some of the available missions. Another important thing is to plan the connections. Make sure that the lines aren't too long and that you aren't using a large number of trains. Each unit should make a few stops along the way, leaving carried goods and taking something else. There are some exceptions, especially if you plan on adding rare factories or smaller towns to your grid. You should avoid having these types of connections, mostly because you would have to deal with higher maintenance costs. Having a larger number of trains would also require you to plan the whole traffic much better. 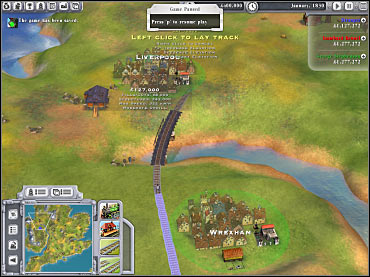 Your first connections are always very important. You will have to plan these steps very carefully, so you don't make any mistakes.