This chapter of Civilization 6 game guide is dedicated to theater square and its unique version, available only for Greece - Acropolis. Here, you will find important information about said district in Civ 6 and tips that will allow you to use its full potential. 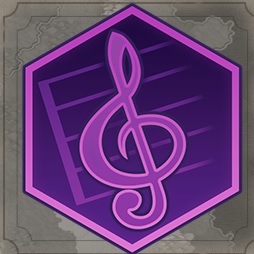 Everything in your play will be based on theater square. It doesn't matter whether you chose victory by tourism or other way to win a scenario without cultural points you won't have any chances to win. Culture points allows you to work on new civics and governments which have a tremendous impact on your civilization. You can't neglect this element and even if you want to achieve a different victory, theater square should be one of your priorities. Trade income is very low because this district gives profits only to a civilization that built it. With the development of your city the culture points bonus also will rise which will speed up the development of new civics. When taking into consideration a development of each city your first theater square should be in your capital to maximize the profits. Remember about placing so you can get a maximum adjacent bonus and don't forget about leaving few adjacent tiles empty, you can later place wonders there.

Above that, this district plays a major role in culture victory and, by extension, you get a permanent bonus to Great People which will certainly bring you closer to your victory. Also, remember about fulfilling projects that allows you to make up for loses or give you the lead.

At a glance the regular district is not that much different from the one unique for Greece but it is worth to mention that in this case additional adjacent bonus is also generated when the district is adjacent to city center. Even though it is only one additional point but when added up with adjacent wonders and district bonuses you get a stable income. Other nations will need two districts to get the same income. Remember, that Acropolis can only be raised on a hill - this should be a main factor when it comes to creating your capital. If you didn't get it, you should restart a scenario.

A basic theater square building. Note, that all of the buildings in this district requires maintenance costs which determines development phases. If you aspire to cultural victory this building is an absolute necessity. Thanks to it you can generate more Great Writer points than other players which, in the future, will allow you to get more Great Works to attract tourists.

Buildings from the table above exclude each other and it is impossible for them to exist in the same district. To use their full potential you must have at least two theater squares. The profits are similar but where they differ is the usage. If you are unable to get Great Artists you can hire an archeologist that will generate artifacts to attract tourists. Remember, that playing as England you can use their special bonus which allows to generate greater amount of artifacts and Great Works in the same building which greatly reduces production costs.

Just like the previously discussed buildings, the ones from the table above have only small differences. It is important to know that Film Studio is only accessible by America and has a key propriety that can mess up other players' plans, if they want to achieve culture victory. Maintenance costs and bonuses are the same for both buildings but the American one can generate tourism pressure - when tourists can choose between two similarly attractive places they will choose American city. If you play as America you can use this to your advantage, while playing against it you will have to do your best to beat it in culture victory race. A military intervention can be useful here but remember, that America is good at protecting its borders.

This projects grants you additional culture points and a small amount of Great Writer, Artist and Musician points.

It should be mentioned that even though the received points aren't numerous this project works on all of the fields that has something to do with achieving culture victory. Limit yourself in using this project only when you can't produce newer buildings. The project gives you profits when it is being fulfilled so don't be afraid in using it in more than one turn.