This chapter of Civilization 6 game guide is dedicated to harbor and its alternative version, available only for England - Royal Navy Dockyard. Here, you will find important information about said district in Civ 6 and tips that will allow you to use its full potential. 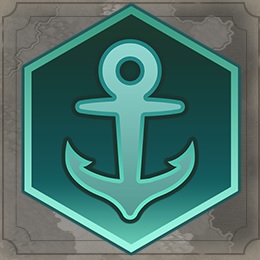 It can be easily noticed that the best place for this district is a shore, especially on a tile that is adjacent to coastal resources. If you decide to place your city on a shore then, from the very beginning, you must remember that the best place for harbor and the entire city is that which gives you access to the biggest amount of coastal resources. Reserve a space for this district and try not to build on tiles around it because thanks to that you can get a bonus for adjacent. Rapid development of harbor is reserved for a play where you want to control large bodies of water. Otherwise, the priority isn't high but additional profits such as gold and science points will make you want to settle on a shore sooner or later. It is a good idea to direct a trade route to cities with a harbor because this will give you additional gold. Profits from domestic trade are not that good so you can replace them with any upgrade. You should remember about two profits that a harbor gives you. First and foremost, you can remove a movement penalty for embarking land units and, additionally, you get an extra trade route. Remember, that a sea route has 2 times longer reach so if you decide to place your capital on a shore then your first trade target should be a city on a different continent.

At a glance it seems that this unique England's district isn't much different than a regular harbor. But take a look at how well-suited England is for a race for a Great Admiral. They get double the points per turn so have it in mind that if you play a scenario against England you will have almost no chance in getting an Admiral. The additional bonuses are related to a developed district because each unit created in the English harbor will have, from the start, a greater range of movement which leads to a greater expansion potential. This goes really well with gold bonus if a city (and a Shipyard) are on a different continent than a capital. It is a good idea to use map filters to know the exact continent's borders so you can start, as soon a s possible, generating additional profits.

The table above presents the first and last stage in development of harbor's infrastructure. Depending on development's stage you can get a good income in food and gold and, additionally, each building offers housing for citizens and citizen slots which can be helpful for a city. Harbor is responsible for constructing all of the marine units and with each new stage of development they will generate more experience points.

This building should be described separately from the others because its incomes are rather irregular. The right use of Shipyard's potential is based on a proper deployment of the district and surrounding it with others. Thanks to that you can get a good production points income, the same goes for gold, generated by adjacency with other districts. With this you also get new housing for citizens and Great Admiral points but to get the best results you have to plan the placement of all districts before you settle down.

The bonus is generated as long as the project is being fulfilled and, as other projects for different districts, can be repeated infinitely. The gold income is not as good as the effects themselves, which are generated by the district but thanks to it you can get closer to hiring a Great Admiral. This always works to your advantage.