This unofficial guide for Civilization VI is a complete compendium of knowledge and a handbook which explains all the rules of gameplay. The advice provided here will help less experienced players to get started with this game and become successful in the multiplayer mode. Veterans of the series will find a detailed description of the new mechanics that creators introduced in the sixth installment of the series.

The guide explains the basic issues such as user interface, new game settings, game mechanics, system requirements and controls. What's more, you will find a chapter with tips for novice players, which will encompass all the key advice regarding every element of the game.

Important part of our guide is a detailed description of each of the nations available in the game with an emphasis on their unique characteristics, strengths and recommended style of gameplay. An integral part of the guide are illustrations: they help you to follow the content easily and underline the most important elements of the game.

In other chapters you will find a detailed description and advice on key mechanisms of the gameplay, such as: scientific research, wonders of nature, terrain types, gathering resources, the occurrence of city-states in the game, encountering barbarians, or types of buidings-infrastructure in various city districts.

Civilization VI is the sixth full-fledged installment of the cult series of turn-based strategy games. Firaxis Games is the studio behind the production; it's been associated with the series from the very beginning. The latest production brings into play a number of changes and improvements, which may be problematic for the veterans of the series. This guide will help both the experienced players and the newbies easily navigate the new features introduced in the sixth installment.

Civilization 6: New game - how to start? 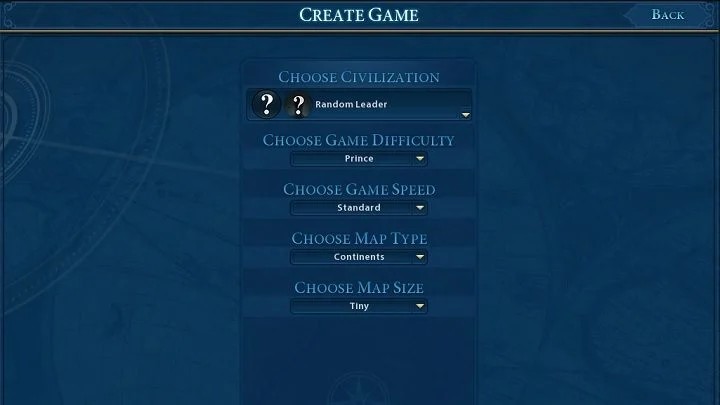 When you start a new game, you have a number of choices to make:

You can find more information about the available options of the new campaign in a separate chapter - Scenario Settings.

Civilization 6: How to win a game?

In Civilization VI, you can emerge victorious from the campaign in several ways. The main methods of winning the scenario are:

Each of the above victory options in Civilization 6 is described in more detail in the How to win section of this guide.

More tips for beginners can be also found in the General Tips and Gameplay sections.

In Civilization VI, you can develop new technologies from the tree. This topic is thoroughly described in the Tech tree section of our guide:

When exploring the world map in Civilization 6 it's worth to remember several important things. They are all described in the following section titled In-game world:

When playing Civilization VI, you are bound to deal with different types of resources. The Economy section lists the most important ones:

Civilization 6: The most important buildings

The Infrastructure section of this guide describes the most important district types you'll find in the cities you develop. Additionally, we've prepared a building list for each district with information on their unique features and usefulness.

Civilization 6: Is the game a long game?

Yes and no. A single playthrough at the normal difficulty level with default settings should take 10 to 20 hours. This might be misleading, though, as the game encourages you to complete scenarios multiple times in order to "test" other nations, learn from mistakes, and fight for a different type of victory.

You can find more information in a separate section titled How long does it take to complete Civilization 6? 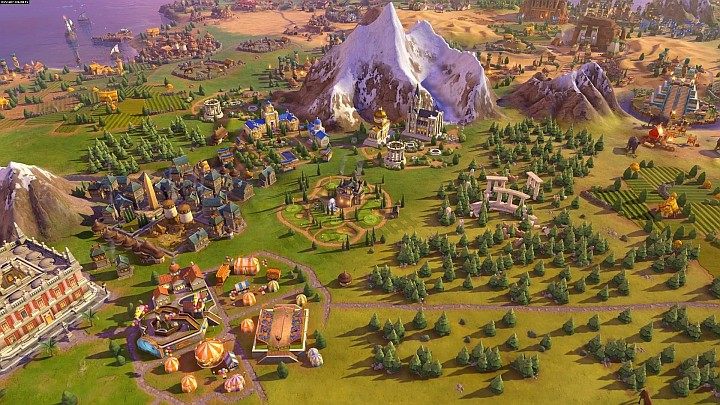 Civilization VI received a lot of paid DLCs, however, most of them do not introduce a lot of significant changes regarding e.g. adding new nations and scenarios. We recommend purchasing two large expansions to Civilization VI, namely:

Civilization 6: Does the game have a season pass? 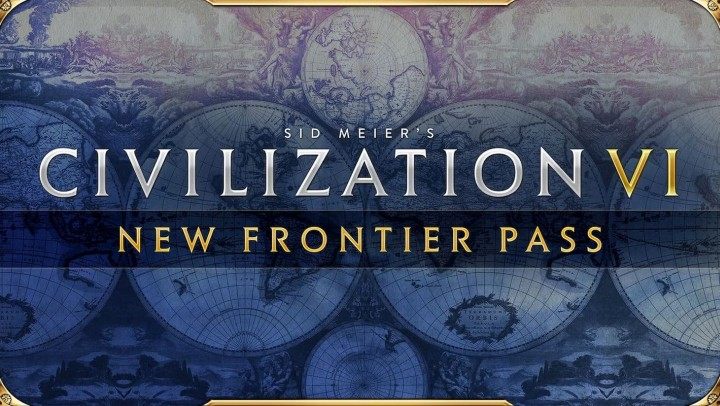 Yes. In May 2020, Civilization VI season pass was revealed. It is titled New Frontier Pass and works as a pass to 6 DLS packs that are to be released between May 2020 and March 2021.

Civilization 6 Season Pass offers 8 new nations (including Mayans and Ethiopians), 9 new leaders, and 6 new gameplay modes. It is worth mentioning that playing some new modes required you to own the Rise and Fall and/or Gathering Storm expansions.

Civilization 6: Does the game have microtransactions?

Civilization 6: Does the version from Epic Games Store include DLCs?

No, Civilization VI offered for free by Epic Games between 21-28 May 2020 is only the base game. This means that in the free version from EGS you get only the base content which does not include, among other things, new attractions and changes introduced by Rise and Fall and Gathering Storm expansions .

Civilization 6: Does the game have a battle royale mode?

Yes, Civilization VI has a mode which is a variation on the battle royale formula, namely the Red Death mode, which was released as a free add-on in September 2019.

In the Red Death mode, 2-12 players enter a special, post-apocalyptic map. Each player can choose a faction with unique skills. Their task is to defend the civilian unit - losing it means being eliminated from the game. The player who survives until the end escapes from Earth onboard a spaceship, which is the equivalent of the end of a single game. Interestingly enough, in Red Death, apart from players fighting each other, there also are hostile units commanded by the AI. Another twist is added by the titular Red Death, which is gradually spreading across the in-game world forcing the players to avoid it.

Civilization 6: Is the console version a full-fledged game?

Yes, Civilization VI for PlayStation 4, XboxOne, and Nintendo Switch doesn't lack anything compared to the PC version of the game. Console editions offer the same difficulty levels and content. Obviously, the controls are different, however, all detail settings, commands, and stats are still available.

Civilization 6: The most important controls

Below, you'll find the list of the most important controls in Civilization VI. The complete controls scheme for Civ VI can be found in a separate chapter.

Civilization 6: Does the game have high system requirements?

No, the minimum system requirements are not very high, namely:

One should note, though, that weaker hardware might result in the game slowing down on large and complex maps. They might be even more frequent in the later stages of a playthrough, when each nation on the map gets a chance to grow significantly. More information can be found in the System requirements section of this guide.

Civilization 6: Does the game spy the user?

No, the developers of Civilization VI quit using the controversial Red Shell app. Just as a reminder, this program was installed and operated without the knowledge of the user to collect anonymous data on players and their system configuration. Red Shell was deleted from Civilization 6 in July 2018.

Civilization 6: Can I play as Poland?

Yes, Civilization VI offers the option to play as Poland as one of the available nations. One should note, though, that Poland is not one of the basic nations - you need to purchase a DLC Poland Civilization & Scenario pack for 4,99€.

Poland is led by "king" Jadwiga who as a leader, can spread her religion on nearby cities. The DLC in question includes the winged hussars as a unique unit or the ability to erect Sukiennice adding bonus to production on external trade routes as well as gold on the internal ones. In Civ 6, the unique ability of Poland is the Golden Liberty, allowing players to conquer new territories and even stealing the occupied ones by building forts and Encampments.

Why No One Challenged Civilization?

Although the Civilization series has been incredibly successful, few have tried to follow in its footsteps. Over the years it has not lived to see any "clone" or serious competitor. But why, exactly?