This page of the guide to Sherlock Holmes Chapter One provides a walkthrough of the quest A Gilded Cage. We've described the tasks you will need to complete at the crime scene, you will learn who was killed and what happened. 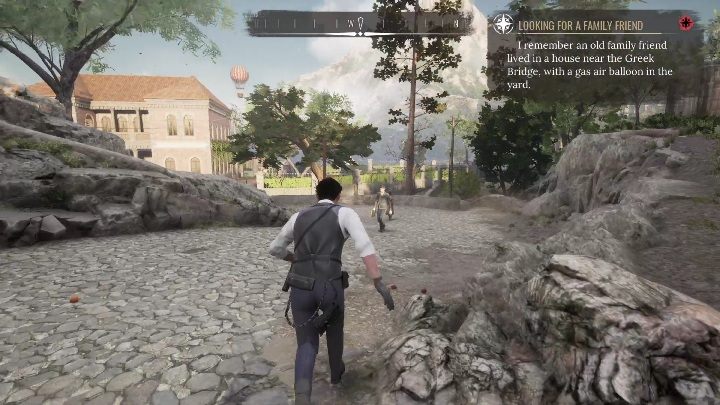 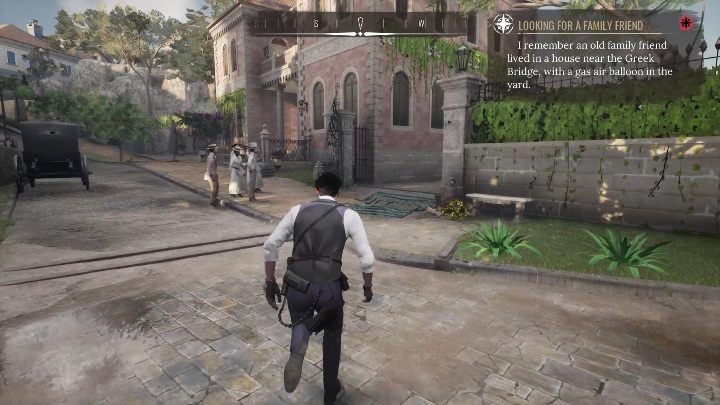 After completing the tasks in Sherlock's room, it's time to head out to the neighbours' mansion. A tragedy has occurred in this location and you will have to determine what exactly happened. 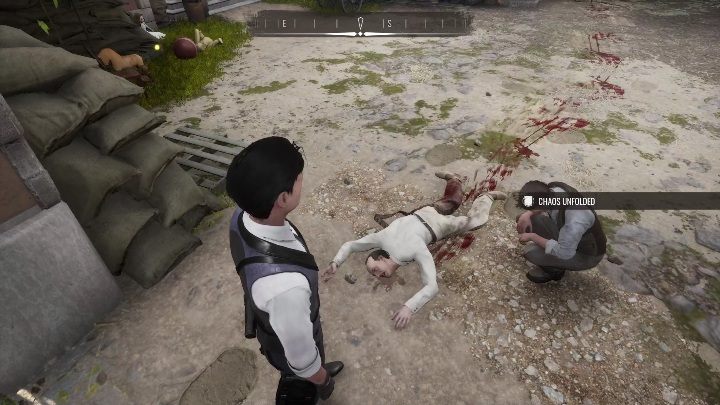 Enter the grounds to see the bodies. You don't have to worry about anyone stopping or resenting you for hanging around the crime scene.

Just around the corner, you'll notice a man's body. 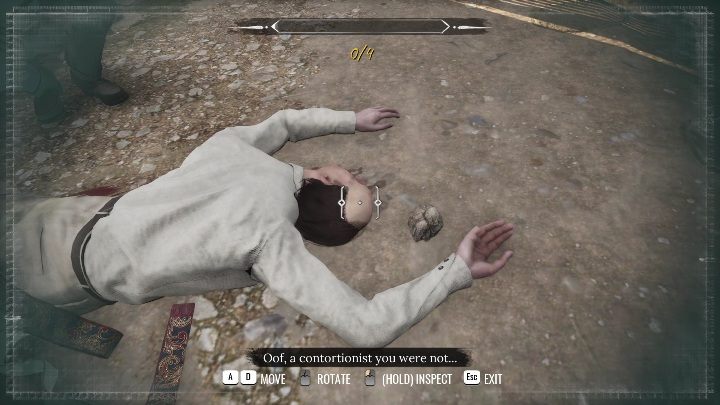 While examining the body, you need to take a closer look at 4 elements. These are: 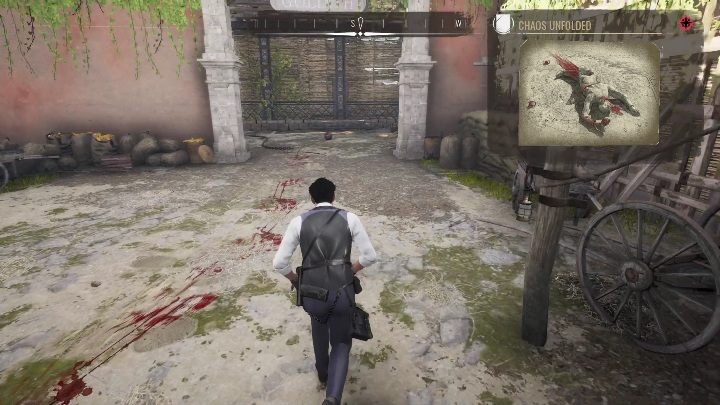 You will eventually arrive at the location where the elephant was held. You can easily reach it by following the trail of blood left behind by the elephant when it trampled over the man and fled the scene. 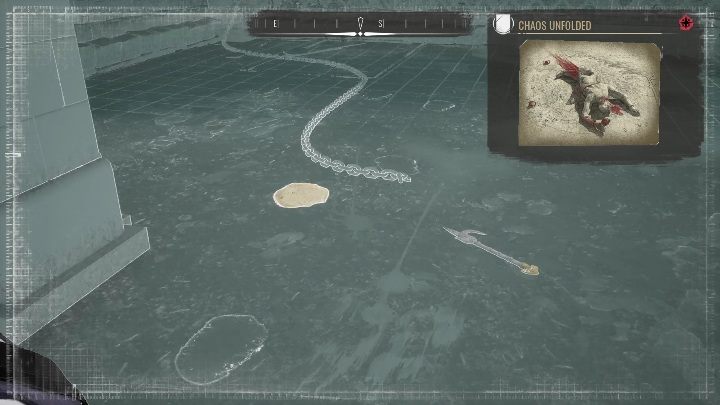 In the enclosure, you will find several items that need to be investigated: 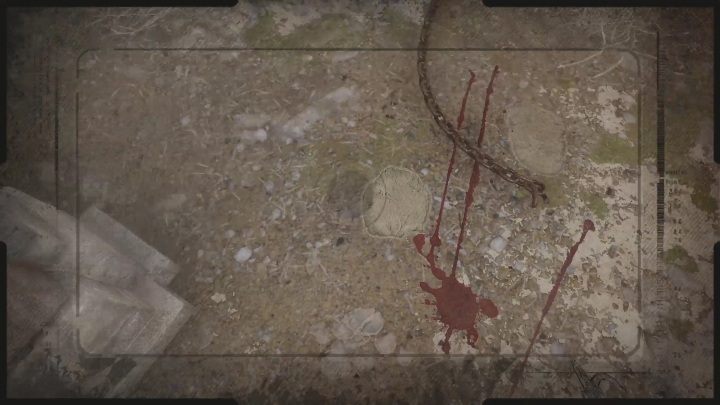 Before you leave this area, it's a good idea to take a forensic photo of the elephant's footprint and the bloodstain. Take a photo with the E key, if you're playing on PC. Alternatively, depending on the platform, press LT on XBOX or L2 on PS. You will find a complete list of controls on a separate page of the guide. 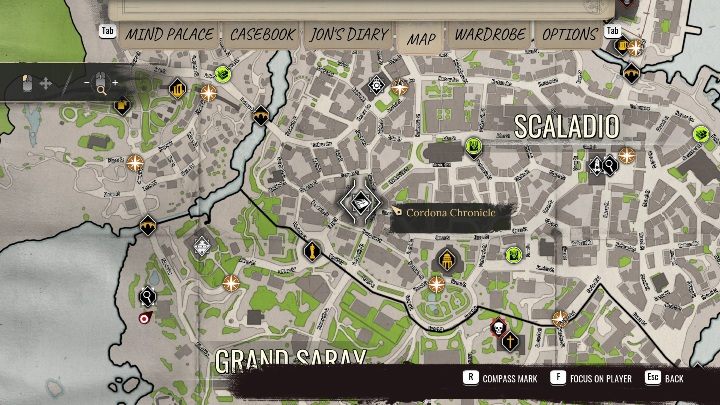 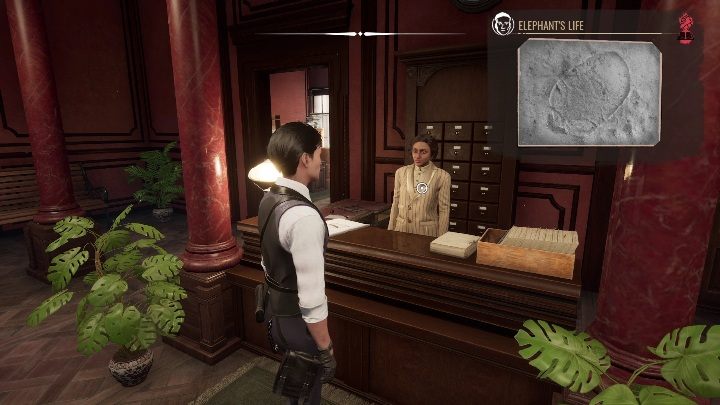 This is a purely optional task. However, it will allow you to obtain more information and it will improve your friendship with Jon, as well. Leave the crime scene for a moment to get important information about elephants.

Move/Run to Cordona Chronicle in the western part of Scaladio. 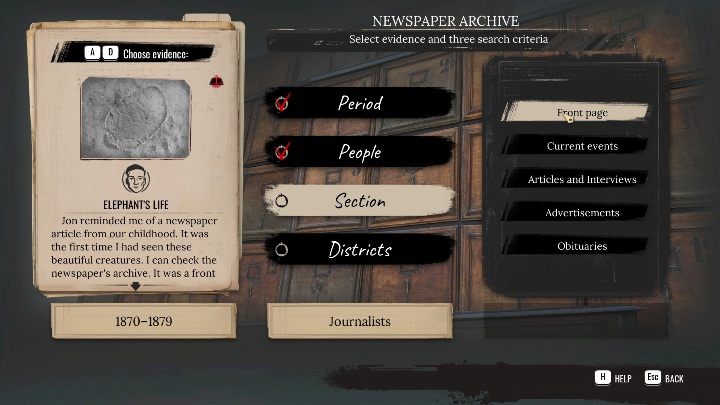 You'll be able to access the archives on site. The correct options you need to select are: 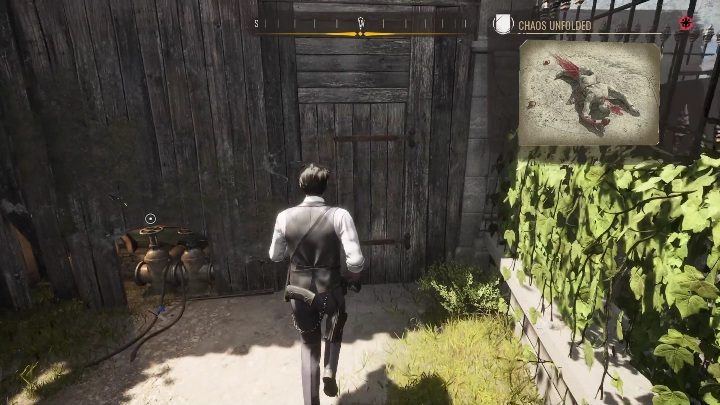 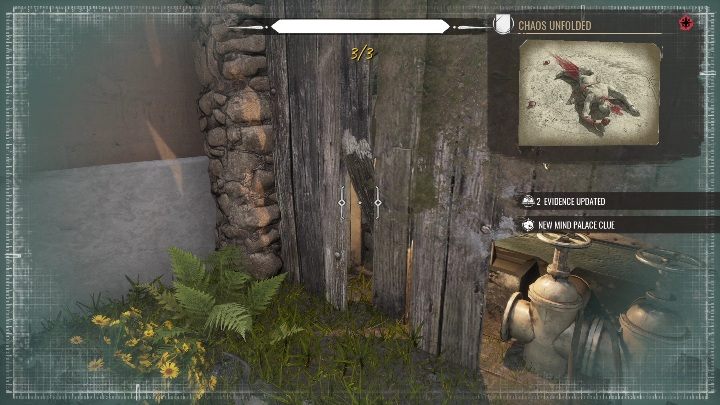 After returning to the scene, inspect the wooden shed, which is located at the end of the entrance road. Take a closer look at:

Once you've gathered all the evidence at this location, you'll be able to reconstruct the events. 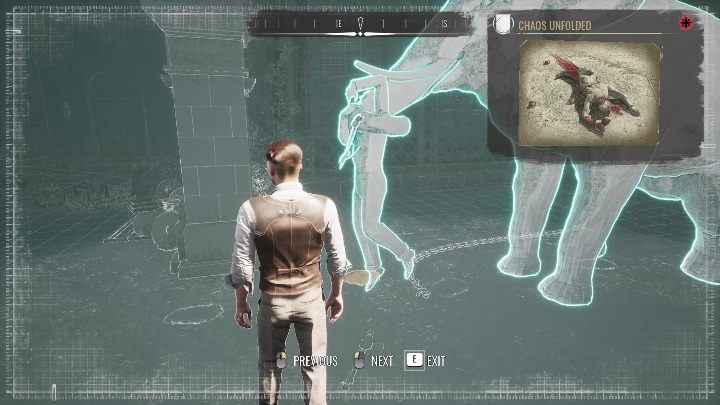 Start with the location where the elephant should be. Next to its chain, you will reconstruct the image of the animal grabbing its owner. 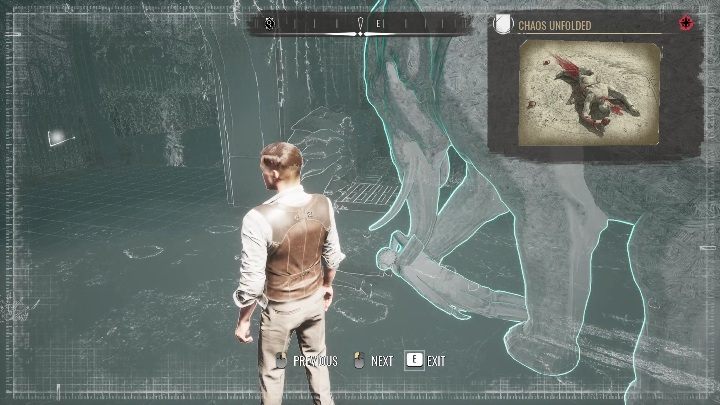 On its way, the elephant tramples over the man it is dragging along the ground. 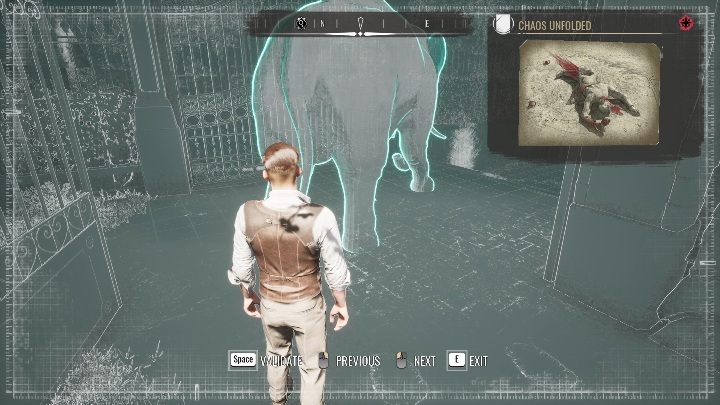 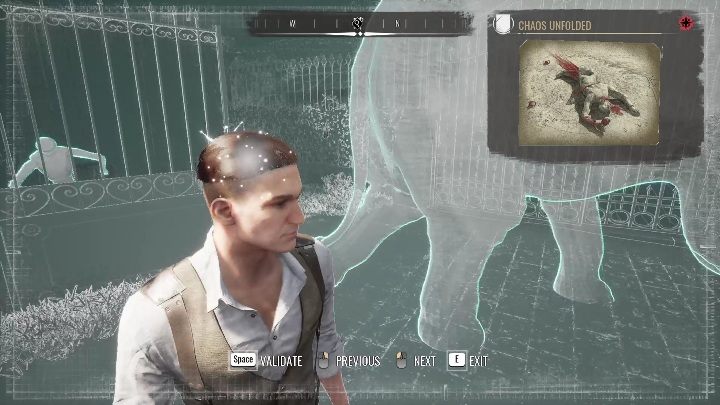 Finally, the elephant runs out of its enclosure. The gate is open, so nothing is standing in its way. However, it's worth noting that some unknown figure is standing behind it.