This page of the guide to Sherlock Holmes Chapter One contains a walkthrough of the police case The Collie Shangles. This task will be available after completing The Master of Disguise case and obtaining a gun. This is the first major police case you'll have access to.

Unlocking method: complete The Master of Disguise police case and acquire a firearm. 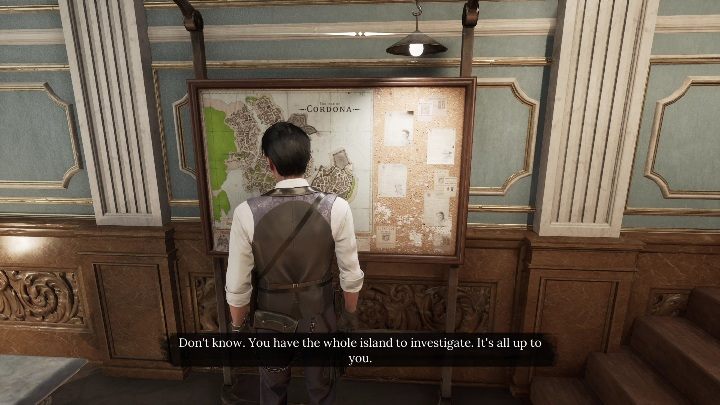 In The Collie Shangles case, you need to pick up the task from the board at the police station. It's the first task you can do after you get your hands on a firearm. 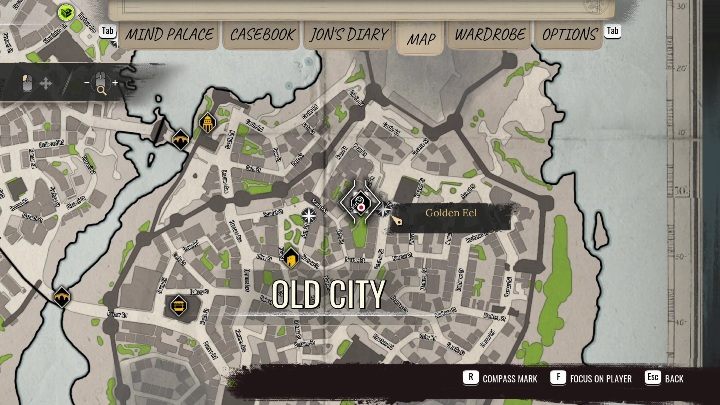 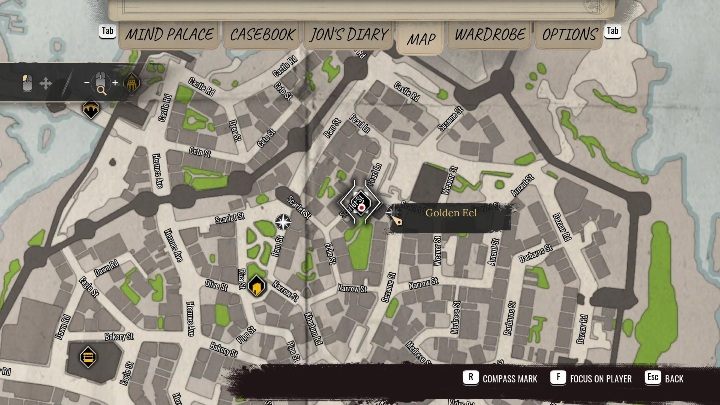 The situation happened in the Golden Eel bar. It's located in Old City, on the right side of the map. We marked this point on the screenshot above to make its exploration easier for you.

This point will not pin when you mark the mission in the casebook. 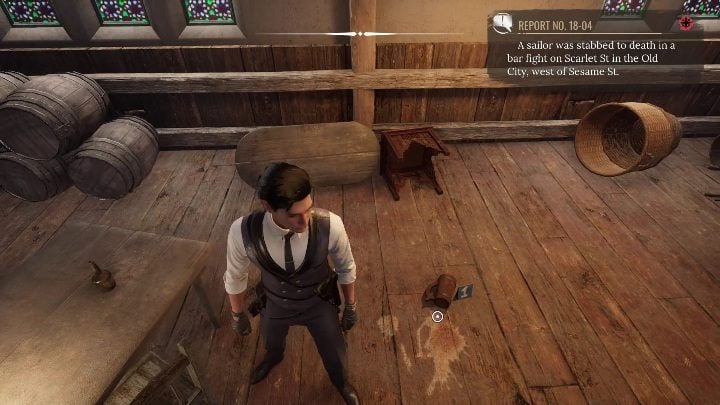 Evidence 1: a pint of spilled beer. It is indicated by a blue dot with the number 1. 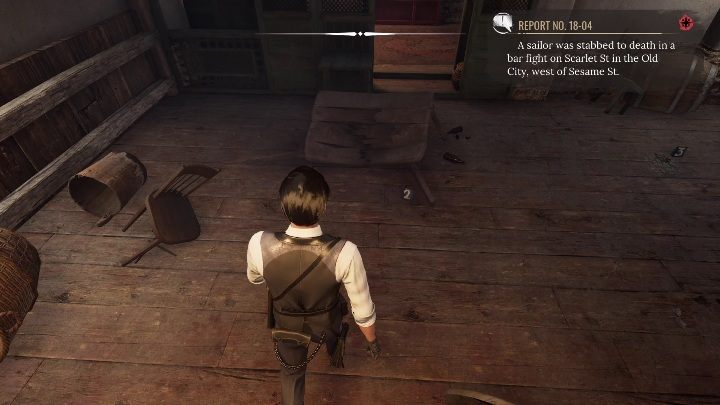 Evidence 2: a broken table. They are marked with the number 2. You need to inspect: 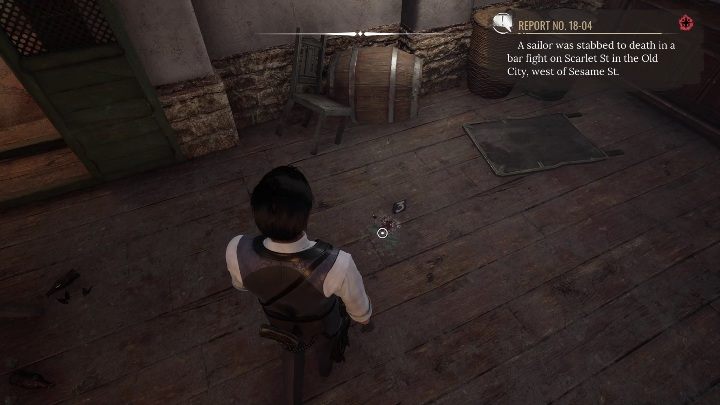 Evidence 3: broken bottle of alcohol and a blood stain. They are marked with the number 3. 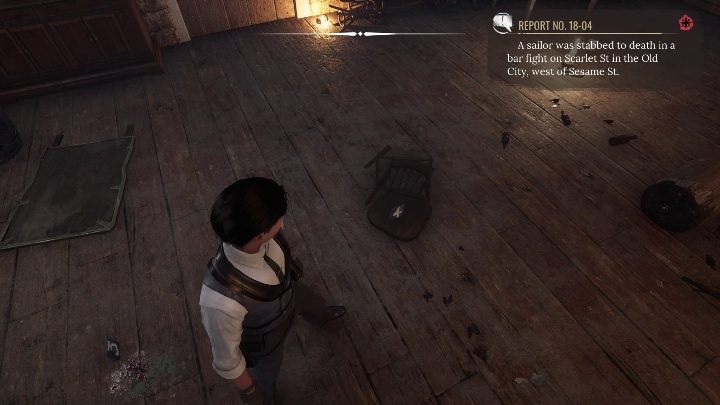 Evidence 4: a damaged chair, which broke during the fight. It is indicated by a blue dot with the number 4. 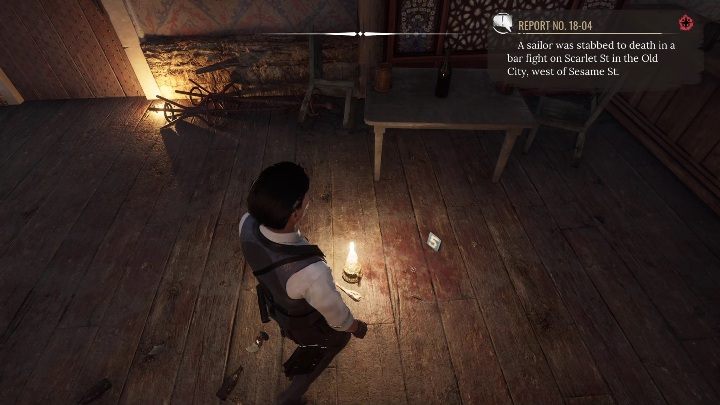 Evidence 5: A blood trail that is indicated by a blue dot with the number 5. You need to inspect: 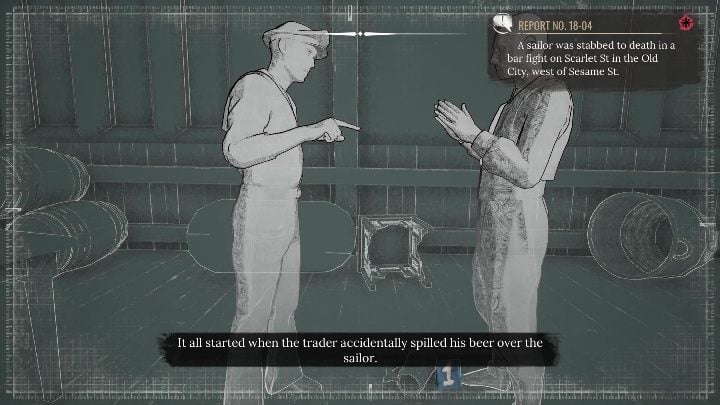 1st place: Here, you must choose a man in a cap, without a beard, who's pointing with his finger. 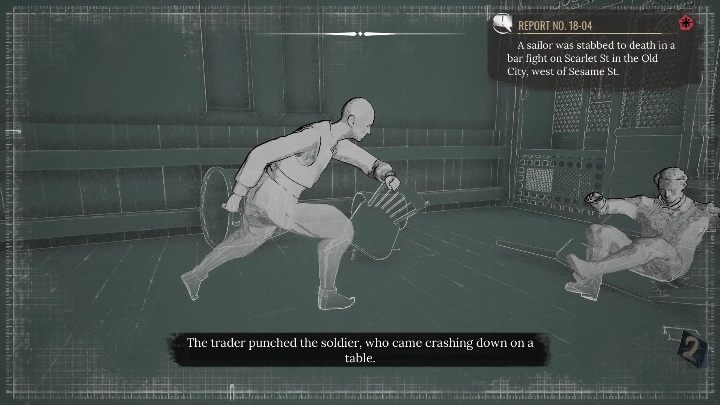 2nd place: A bald man who pushes another customer needs to appear here. The other one, with short hair and no beard, falls on the table, 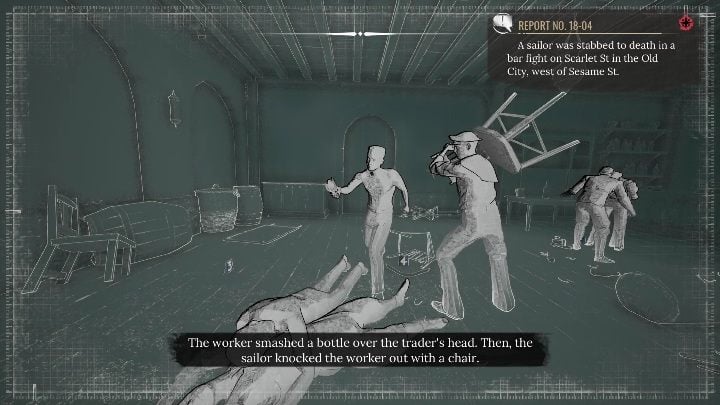 3rd place: Choose a sailor with a chair and a man without a beard, with a broken bottle in his hand. 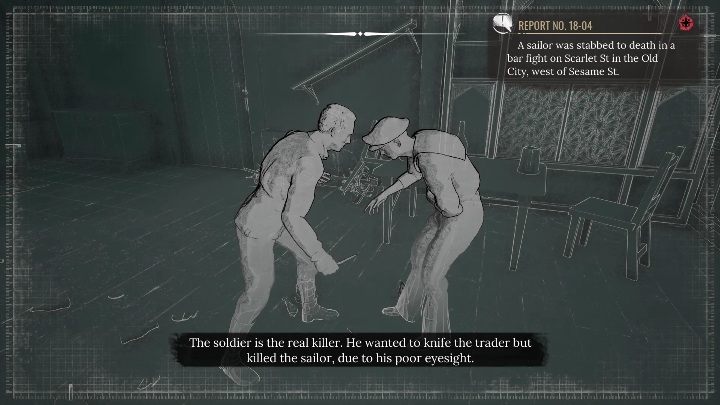 4th place: Time for the killer. It's a soldier with a knife in his hand.

After completing this task, go to the police station. Talking to the desk officer will end this case.