On this guide page, you will find a beginner's guide for Sherlock Holmes Chapter One. We have pointed out several elements that can be forgotten when you focus on the plot. 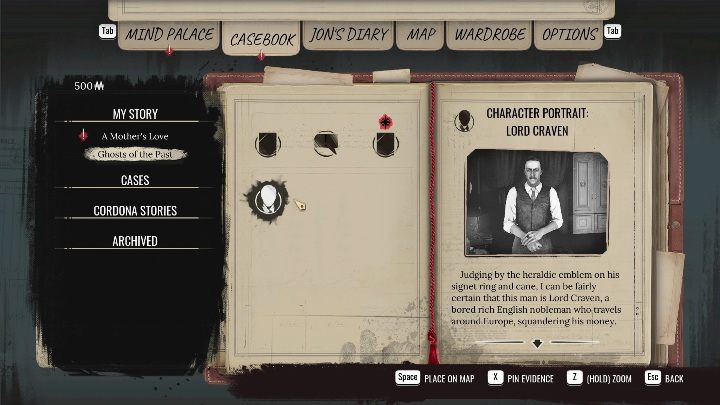 The game has a journal, which contains not only the objectives of the mission, but also any clues that you have found. This way, you can always check what you have learned and what else you need to get. This makes it easy to organize all the information you get. 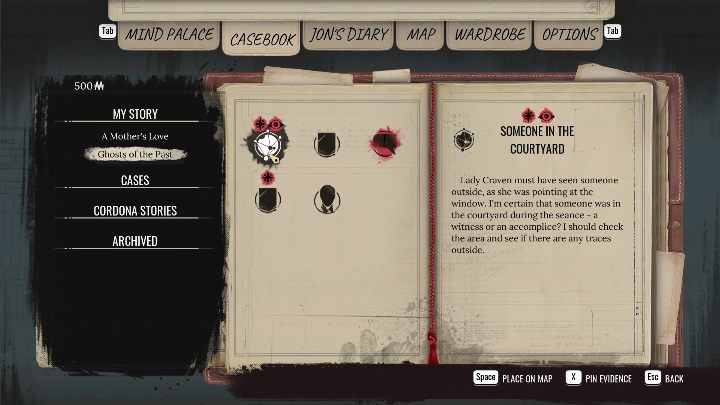 Some missions have to be marked in the journal first to be able to find them on the map. This applies mainly to tasks where you need to talk to someone, e.g. with servants who is normally unavailable. This will make your task easier - you will discover more clues and organize all the information. 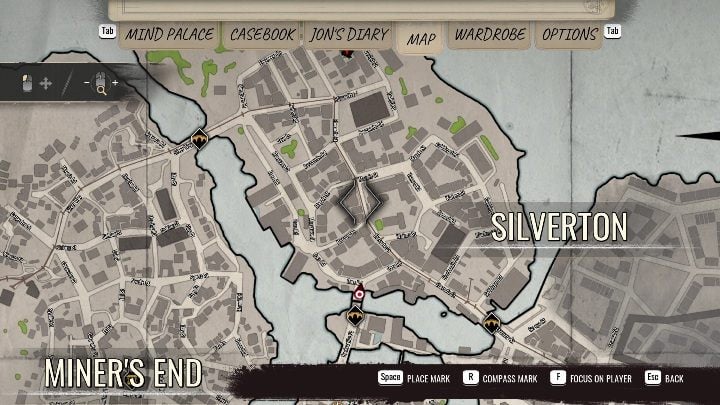 Remember that Sherlock Holmes Chapter One is an open world game. You may find some information in a different place than you initially think. The map contains information about the character and location. You will be able to easily find the right person or important information. To perform some tasks, such as police cases, you will need to go to the scene of the incident. The game does not mark them on the map, and only gives you the streets that you need to find.

In addition, the game has a fast travel system, which can greatly facilitate traveling around the map. 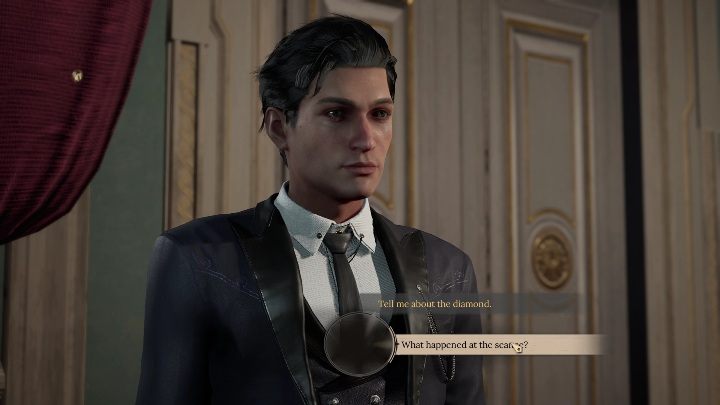 One of the most important aspects of the game are the dialogues. It is worth listening to the conversations of various characters, not only those in which Sherlock participates. You can eavesdrop on others, which will often lead you to a solution of a particular mystery. 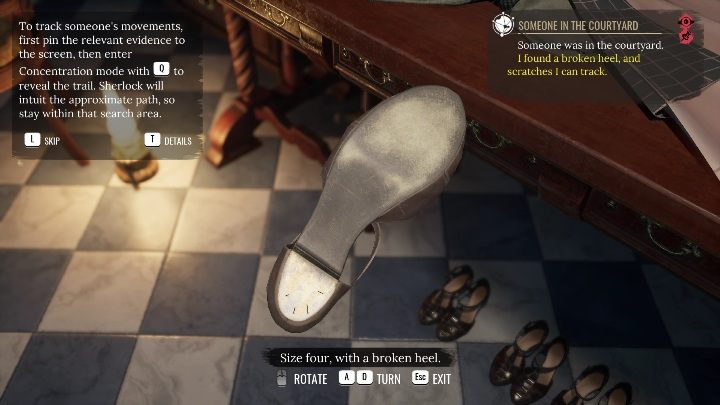 Some tasks require finding only one specific clue. If this one is in another room, you'll have to walk around to look for it. In such moments, the game makes the task easier. If it forces you to search, for example, the entire building, a pin will appear in a particular room - on the side of the screen. It means that somewhere in this place is the clue you need. 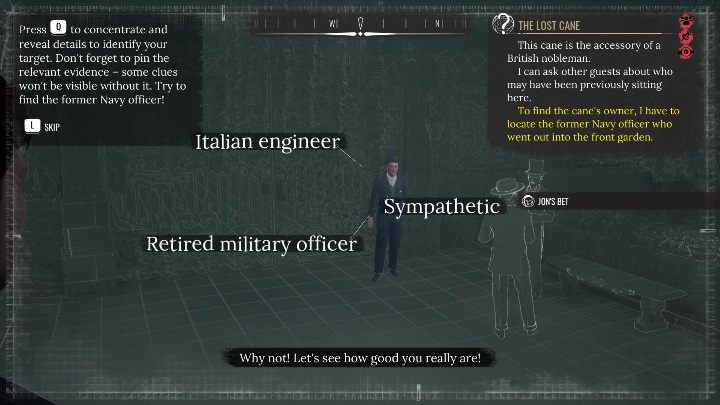 The concentration mode is an important element of the game. It allows you to collect information about characters and objects. All you have to do is focus your eyes on a particular item, and you'll know everything Sherlock thinks about it. This way you can learn someone's background, the history of the item, or a clue about the crime. 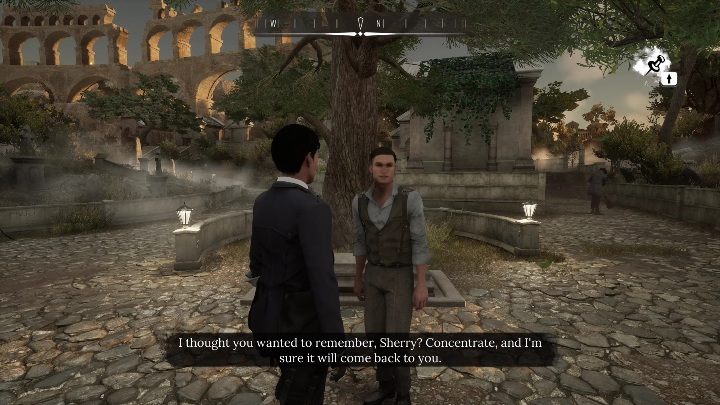 Your faithful companion will always be there. He is not afraid to express his opinions. He will reprimand you, but also give many valuable tips. It is worth listening to him and paying attention to his thoughts. 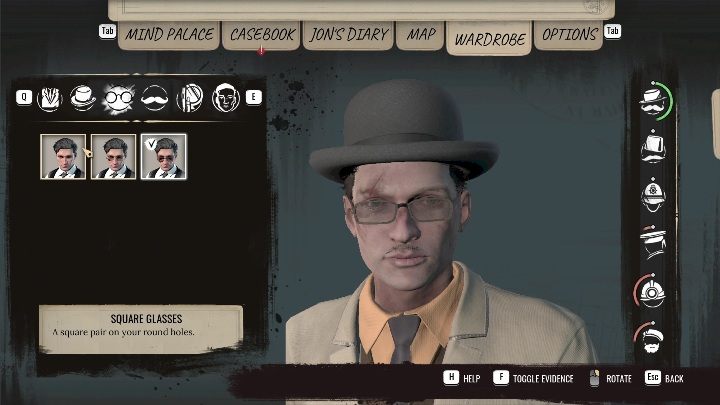 There is a special section called "wardrobe". There, you can change your outfits to solve puzzles, get to specific places or talk to specific people. 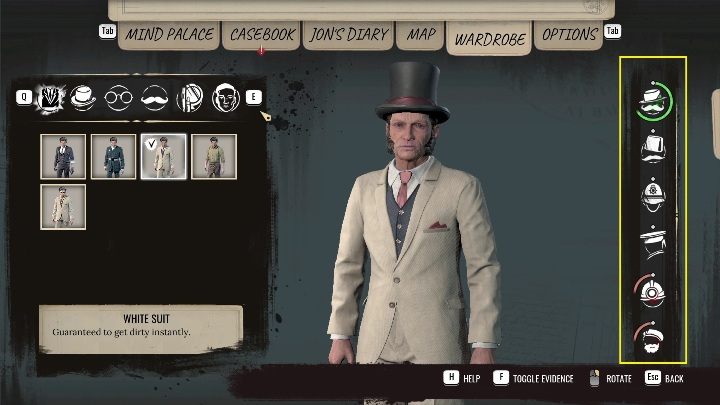 Outfits affect Sherlock's relationship with different social classes. Just look at the schedule on the right (marked on the screen above) - this way you will find out which outfit works for a given social class.

You don't have to buy clothes. Some can be rented from sellers (they are marked on the world map). 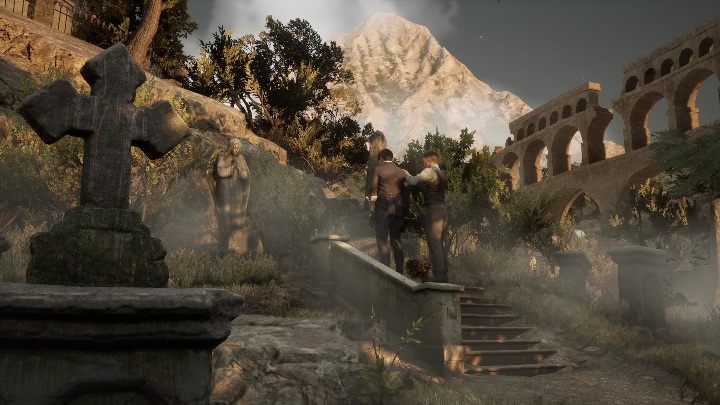 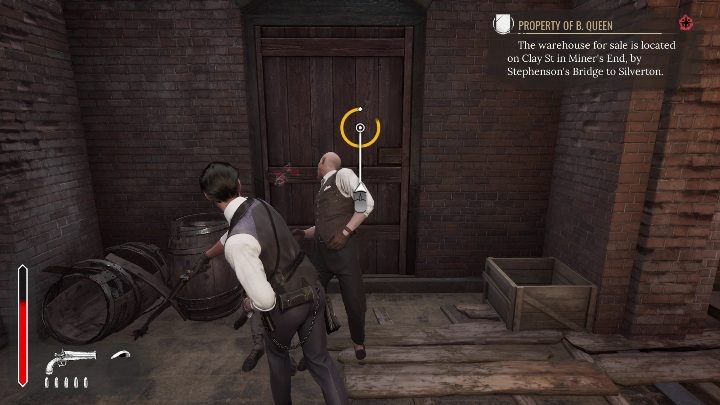 Sherlock will get a gun after he passes the training at the police station (we described it on a separate page). It does not have to be used to kill, but to stun opponents. Try not to shoot them straight in the head - you will annoy both John and Sherlock. None of them will be happy with your actions. 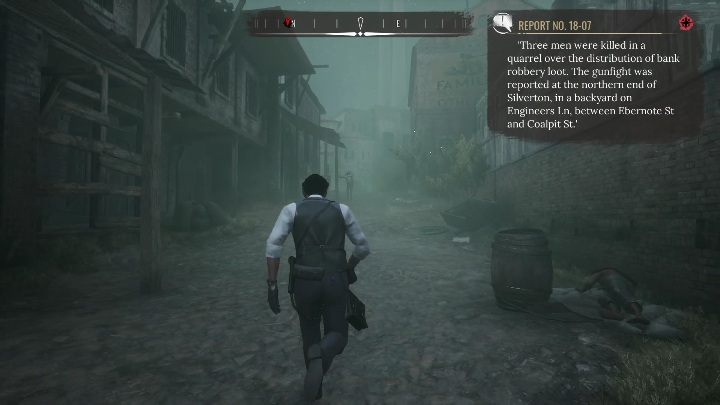 The game has no fatigue system, so you can run around the city without stopping to catch a breath. This is great when you want to discover the map or have not yet unlocked the fast travel points.