In Seven: The Days Long Gone you can use the quick travel feature in order to freely move around the isle Peh, however, this option is locked at the start of the game. You must gradually unlock quick travel points in consecutive parts of the penal colony, the optimal way to do this has been described below. 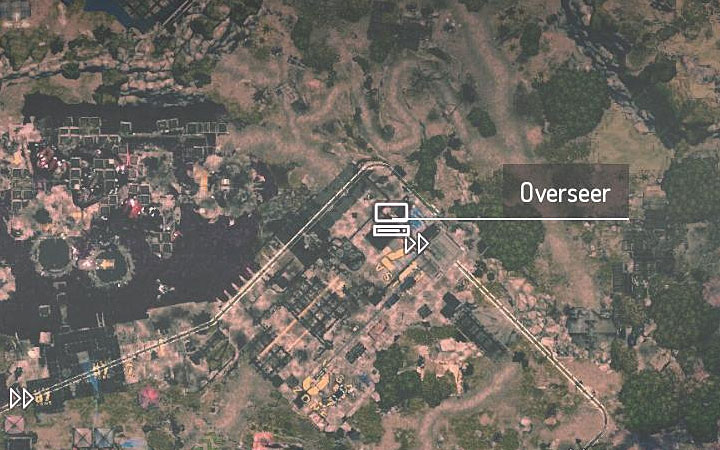 From the moment you reach the penal colony the game shows the placement of the quick travel points, which represent the locations where the carts of the transport network stop. Unfortunately, they are inactive at the beginning, but you can examine one of them in order to receive additional information from Artanak if you wish. 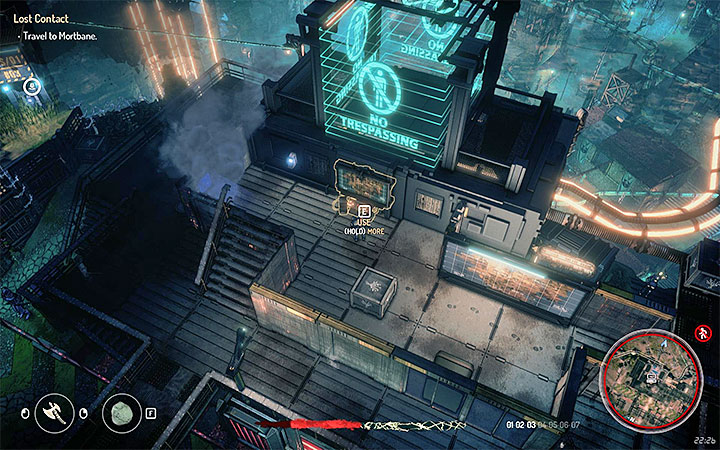 You can unlock the first part of the transport network on your own or wait until you begin the main storyline mission "Asylum". The main character will then be forced to unlock access to the transport system in order to be able to reach a secret hideout.

Take note of the terminal in the base which neighbours checkpoint no. 3, north of the city of Mortbane. It is a very heavily guarded zone and it is best to infiltrate it while disguised as a Technomagi Soldier - tips on how to accomplish that can be found in the chapter titled Where and how to acquire good disguises?. You must reach a large computer station shown in the picture above and unlock it (e.g. by beating the hacking mini-game). 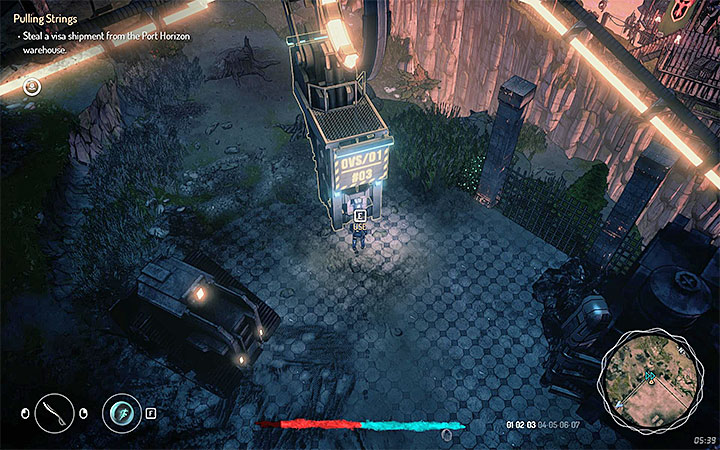 Observe that the Overseer icon on the world map has changed its colour from white to blue. The other quick travel points which have already been connected to your network will also be shown in blue. From that moment on, you can use the quick travel feature to reach those locations (an example of a panel can be seen in the picture) and travel throughout the unlocked zone. If you want to expand the range of your quick travel network, you must hack more Overseer terminals in different areas of the island (the other white computer icons on the map). Know that each new terminal has a better defense. You must also be prepared that terminals can be inside of closed rooms that require a polymer or techno lockpicks and that they are guarded by elite enemies. You shouldn't kill any of them because there is a high chance that you can be chased by all soldiers inside a checkpoint. Try to lure them out or sneak to the terminals by activating (preferably upgraded) invisibility.

This site is not associated with and/or endorsed by the IMGN.PRO or Fool's Theory. All logos and images are copyrighted by their respective owners.