Genichiro, Way of Tomoe is the first and at the same time the last boss in Sekiro: Shadows Die Twice. This section of our guide reveals the weak spots of the enemy and a few tricks that you can use to easily defeat the final boss. Immediately after the victory over Genichiro you fight with the second boss - Isshin.

Where to find Genichiro, Way of Tomoe?

To find the final boss, you need to go to the basement of the Ashina Castle: Ashina Reservoir. Move from the roof of the castle down the stairs and turn right and you will reach the sculptor idol: Ashina Reservoir. Here you will encounter the additional boss called Seven Ashina Spears - Shume Masaji Oniwa. You can skip the battle with him by moving left to the wall, then sneak behind the wall and down where you will find the Hidden Passage (the same way you ran away from that place in the Prologue).

How to defeat Genichiro, Way of Tomoe?

The enemy's special attack is a large-scale-area cut; be near the boss all the time so he doesn't make that attack.

Genichiro is not a particularly demanding boss. To effectively deal with Genichiro, it's worth to stick to the boss all the time. This way you will prevent him from performing special attacks. The key to a fast victory is to reduce the opponent's posture rather than his health - although he only has one health bar, the enemy is well armored and your attacks don't impress him. 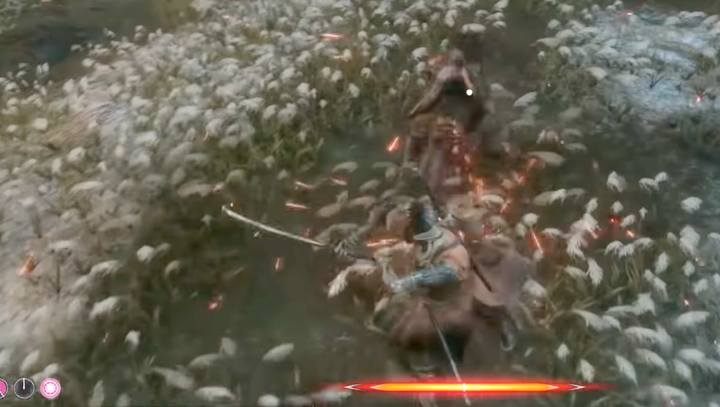 When the enemy performs a full combo, it is not worth to counter all of the blows and let him reduce your posture with the last blow. Wolf will get knocked out for a while - but his posture gets renewed in no time. In addition:

How to defeat Isshin, the Sword Saint?

Isshin, the Sword Saint is the second mandatory final boss in Sekiro: Shadows Die Twice. The duel with him is happening immediately after the battle with Genichiro, Way of Tomoe. The boss has three health bars. The key to victory is to reduce his posture and perform a critical strike on him. 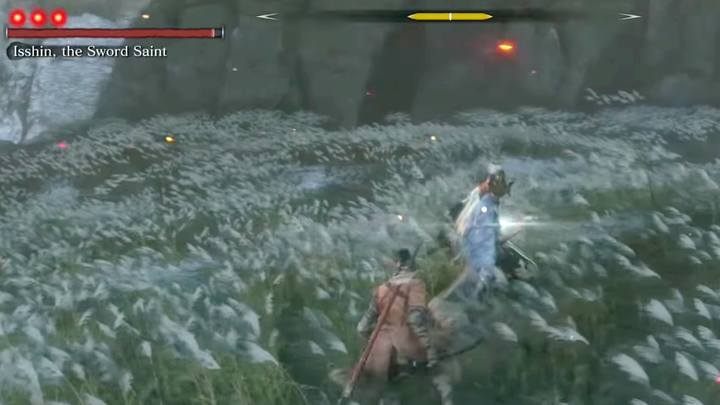 Every time you see a flash of the boss sword and hear a "grunt," they indicate that he's charging a special attack: a straight cut in front of you or a blow around the opponent's axis. Both cases are extremely dangerous, so you should move away from the boss as quickly as possible. 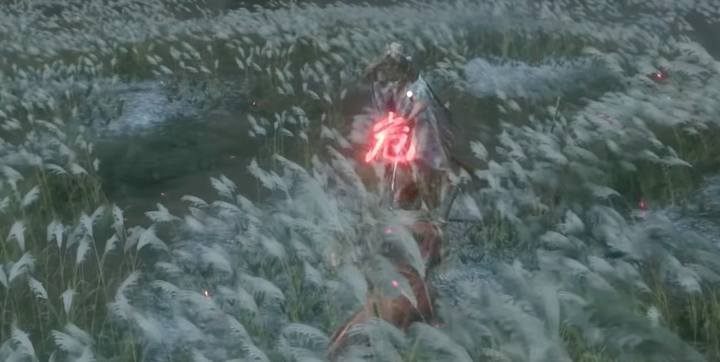 The push and powerful attacks should be blocked with Mikiri Counter.

A red special attack symbol will appear when the opponent performs sword push, which is very hard to avoid. In this case, you should use a Mikiri Counter - this way you may protect yourself from this attack, make an easy counterattack and reduce the posture of the enemy. Note, however, from which side he's going to attack: if from the left, it will be a push; if from the right - a side cut, before which it is better to leap back two times, or try to block the blow with a sword at the last moment. 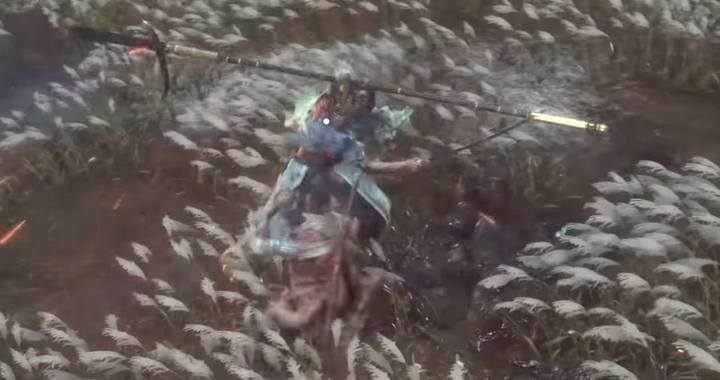 The partisan becomes an additional weapon of Ishiin when you reduce his first health bar to zero.

When you take out the enemy's first health bar, battle tactics change dramatically. Now he owns the spear, but still mostly fights with a sword. He is going to charge his attack quite often by keeping his sword over his head - this is a great opportunity to deal him 2-3 strikes before performing dodging to the side. Also, beware of his spear attacks: his direct strikes can be blocked by Mikiri Counter; the top cut can usually be blocked with a sword, and to avoid cuts on the ground - simply jump. 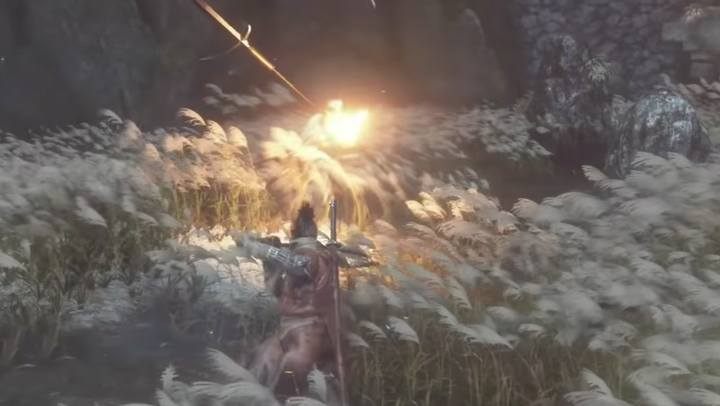 His combo attacks can be used to your benefit, cause he makes a simple cut after he leaps backwards. Immediately after that, he makes 4 shots from the gun and then strikes with his the wood-weapon that you have to block with Mikiri Counter.

At this second stage of the battle the best strategy is to reduce the posture of the enemy. Try to avoid close combat and expect attacks that have to be blocked with Mikiri Counter - this will be the most effective method of reducing the posture of your enemy.

The third phase of combat is enhanced by the remains of two special attacks: cut in the air with a shock wave - dodge to any side (this attack always occurs two times), and the already known lightning strike. Countering lightning can prove to be the most effective method of reducing the health of the boss and the safest way to win. When the enemy prepares his electrified attack simply jump up, and perform a sword strike when you get hit in the air to repel the lightning. Eel Liver will partly protect you from the electricity. 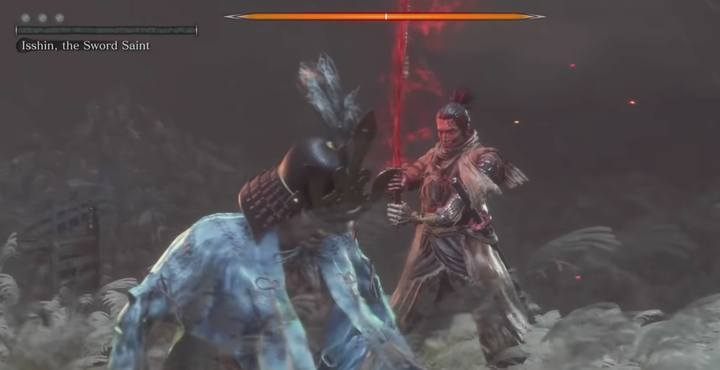 When the defeated boss gets on his knees, do not forget to strike him with a special blow.
See/Add Comments
JOIN FOR UPDATES