Shigekichi of the Red Guard is an easy optional mini-boss in Sekiro: Shadows Die Twice. You can encounter him in Ashina Castle after defeating Divine Dragon (the final section of the game). You can skip this fight. This is especially recommended when your goal is to reach Demon of Hatred.

Where can I find Shigekichi of the Red Guard? 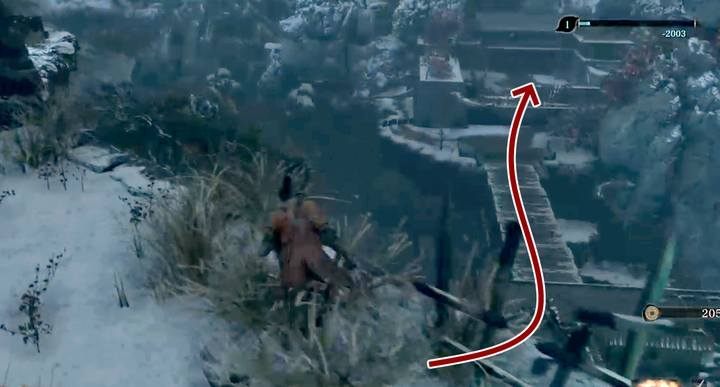 When you defeat Divine Dragon in Fountainhead Palace and go back to Ashina Castle, you will be able to face new bosses, both optional and mandatory. You can encounter this enemy in Ashina Castle (all Sculptor's Idols are inactive). To reach this enemy, you have to go down from Old Grave Sculptor's Idol and then get behind the Castle. The bridge leading to Outskirts can now be crossed. 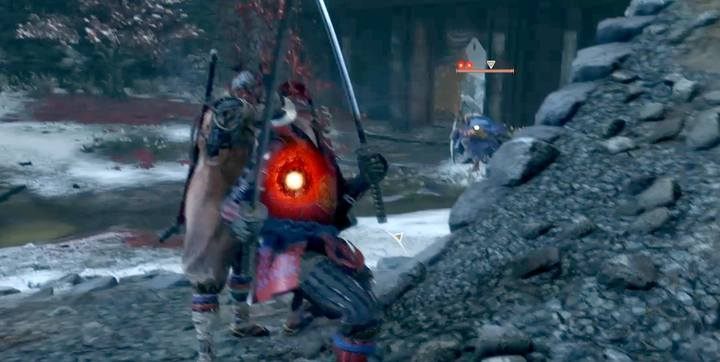 Try to eliminate regular enemies before you face the mini-boss. You can hide from him even after he saw you - this gives you a chance to perform a Deathblow.

The mini-boss stays near the same gate where you fought with the Ogre at the beginning of the game. Watch out, an enemy that can alarm others is standing above the mini-boss - eliminate him and other nearby soldiers before you face Shigekichi of the Red Guard.

How to defeat Shigekichi of the Red Guard? 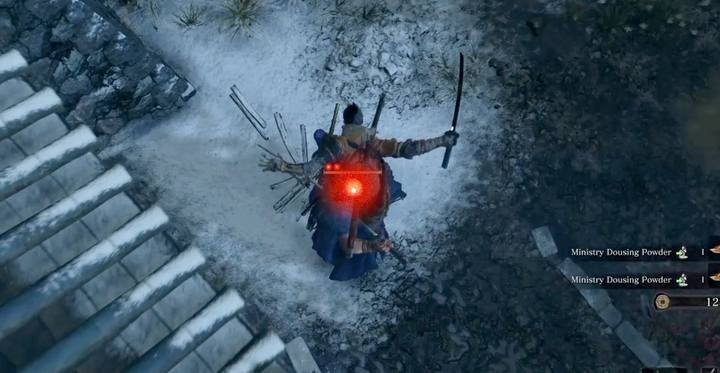 Start the fight by performing a Deathblow from the rooftop.

Shigekichi of the Red Guard is easy to defeat. Start the fight by jumping down on him from the first floor of the building and performing a Deathblow. The front of the mini-boss is heavily armored - go around him and attack his back to deal more damage. Use Mist Raven or Shinobi Firecracker to gain an advantage. This enemy has fire resistance. 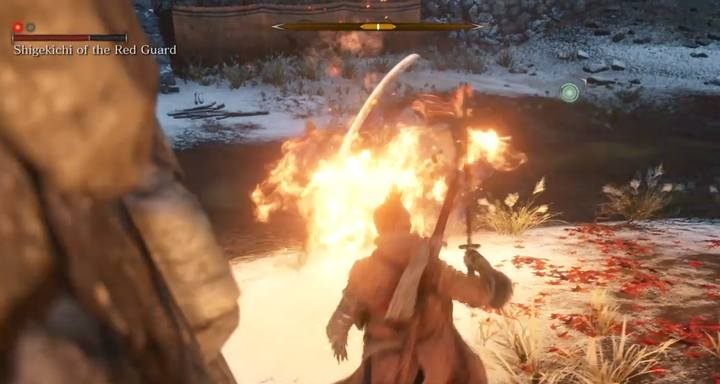 The thrust attack is always followed up by fire attack - move to the side.

Besides the standard attacks with the sword that can be deflected, this mini-boss can also use three deadly moves: