Ujinari Mizuo is one of the first enemies you can encounter when you go back to Ashina Castle after the fight with Divine Dragon. Warrior w Sekiro: Shadows Die Twice. Below you can find information about this mini-boss and the strategy for this fight.

Where can I find Ashina Elite - Ujinari Mizuo? 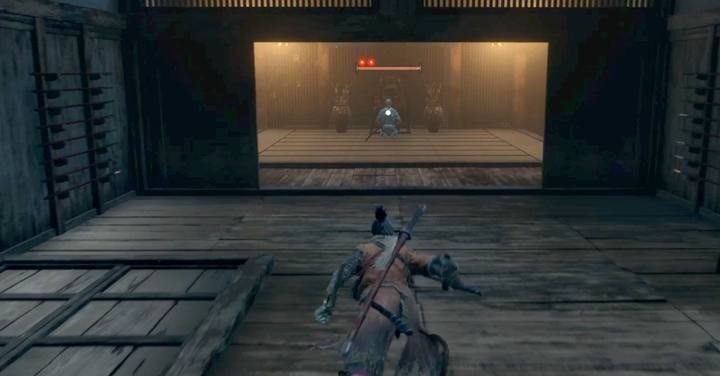 You face Ashina Elite - Ujinari Mizuo in Ashina Castle. This mini-boss is optional. You can find him in the arena below Upper Tower - Ashina Dojo Sculptor's Idol. Once you reach that "bonfire", go down the stairs, go left and break through the folding screen. The mini-boss is sitting in the hidden chamber below the stairs - you can't perform a stealth Deathblow on him, even after you ate Gachiin's Sugar.

This mini-boss doesn't have a lot of health, however, he can deal massive damage. His combo, initiated with a quick draw slash, can break your guard and deal damage. This is his most frequently used move. 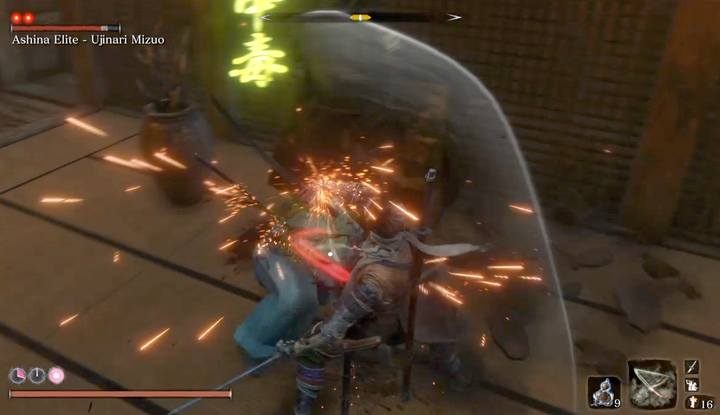 You can poison him with Sabimaru; don't waste Spirit Emblems - stop attacking once Mizuo gets poison status effect.

Our suggested strategy involves using Sabimaru and, optionally, Fistful of Ash. Poison the enemy by using Sabimaru, and then stay away from him until the poison status effect disappears. You have to repeat this about 2-4 times per health bar - stop using Sabimaru when you notice the poison icon above the enemy's head. 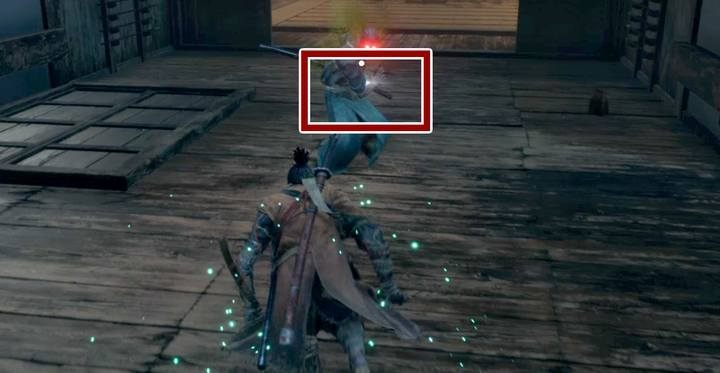 When you notice his sword flashing, dodge diagonally to the left. After that, you can perform a counter. Perform two slashes - you will make the boss unable to use a quick slash after your single attack. It is possible that you won't be able to dodge it in time. In conclusion: