Also in Fountainhead Palace you'll find the Headless bosses, which occur in large numbers in Sekiro: Shadows Die Twice. The fight will take place under water and there are two opponents to deal with - but it is not a difficult duel. Below you will find information about where to find bosses, what conditions you need to fulfill to start a fight, and what rewards you will receive for defeating these opponents.

Where you can find Headless boss? 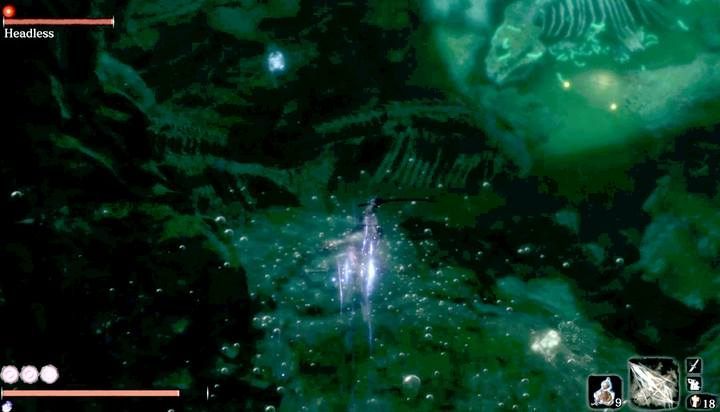 You'll find two Headless at the bottom of the lake 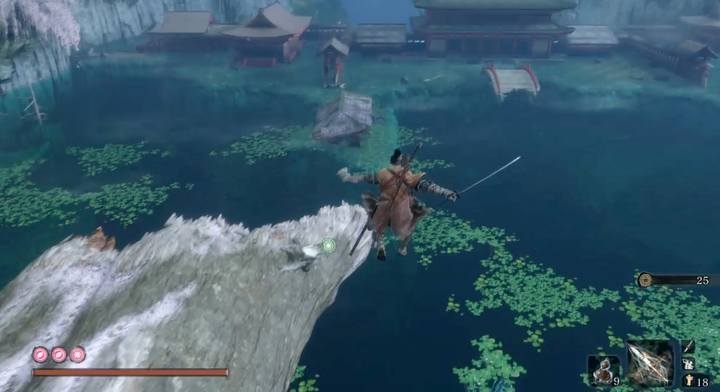 You may start this fight only after eliminating the mini-boss called Okami Leader Shizu (the one that shoots lightning from a tree and does not allow to swim in the lake). Bosses reside in the middle of the lake, deep at the bottom. If the situation looks like this, you always have the opportunity to get out of the fight.

How to defeat the Headless boss? 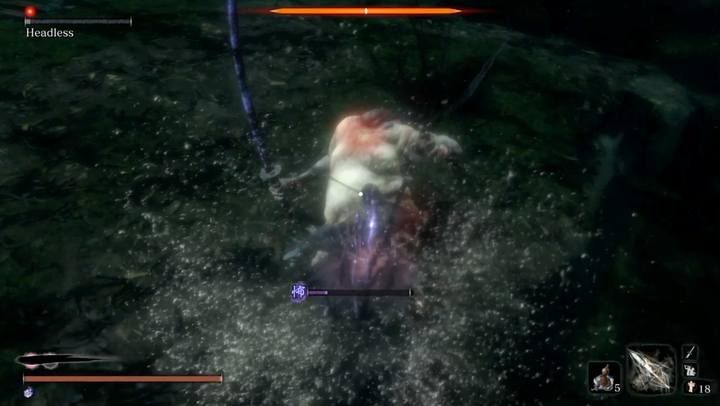 Bosses have a limited amount of health compared to their "ground" versions; you also don't need Divine confetti in this battle.

On the bottom of the lake there are two bosses: one in the middle on a rock, another by the stone wall. Take care of the second one - he dies much faster. The fight includes swimming up to the enemy with sword equipped and hitting the boss with 2-4 blows. Then you run away from the boss and repeat the procedure. Bosses use four attacks:

Keep in mind that in the water you can't use special attacks or prosthetic tools.