The following section describes the combat with Shichimen Warrior in Fountainhead Palace - the last zone in Sekiro: Shadows Die Twice. This boss is no different from previous versions of him that you may have encountered twice: in the Ashina Depths and in the Guardian Ape lair after defeating the Guardian Ape for the second time, on the way to the Hidden forest. This time you need to pay attention to some additional things. Also, below we have described a safe way from sculptor idol straight to the boss arena.

Where to find the Shichimen Warrior? 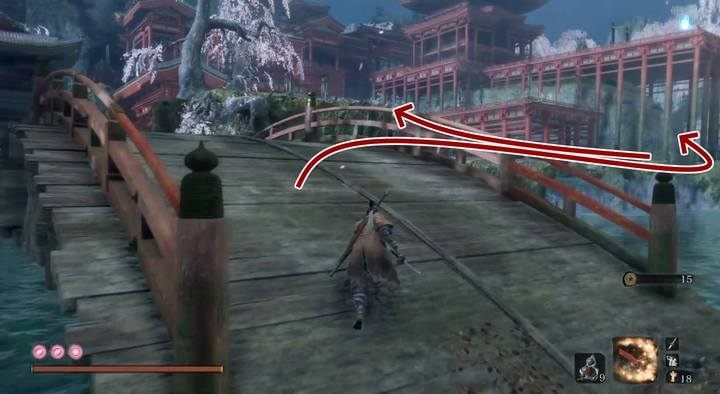 Shichimen Warrior is behind a big tree near the lake, in the valley of the river. You will get there by traveling from sculptor idol: Flower Viewing Stage, moving towards the tree under the buildings to go unnoticed. 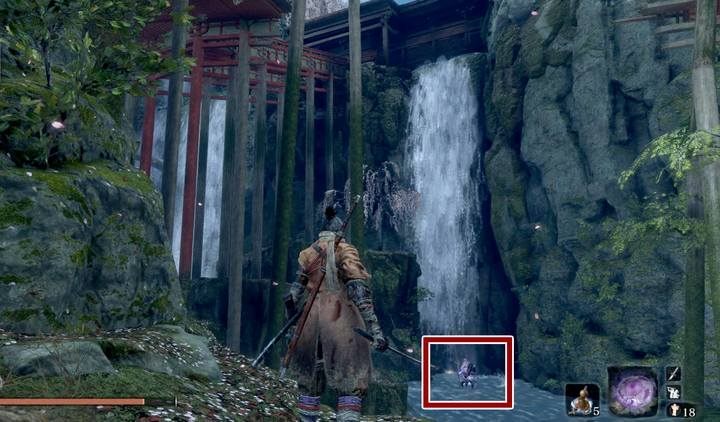 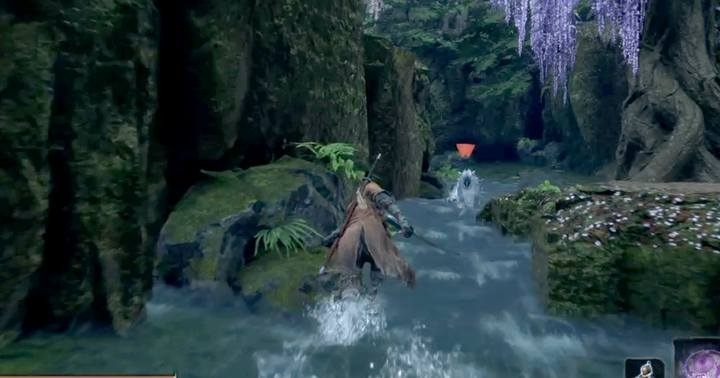 First, go around the rock on which the building is located to kill the two wolf-like monsters. They can cause some trouble when fighting the boss. 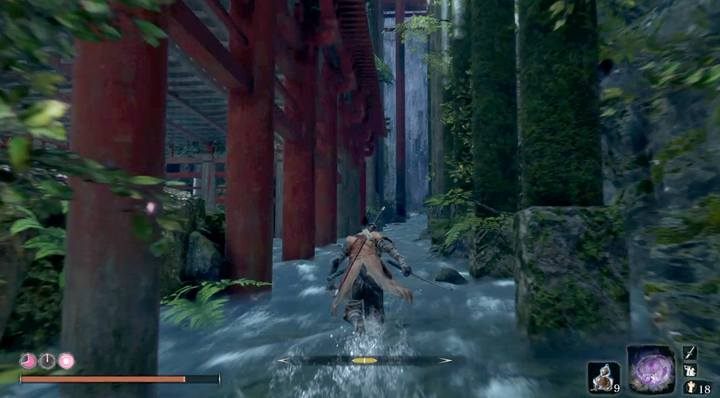 Now go back and turn right behind the rock, going up the stream; go to the rocks on the right and climb up - there you will find another creature. From here you can see the boss in the river valley that is below. There is no way to hit him with a critical strike from above. 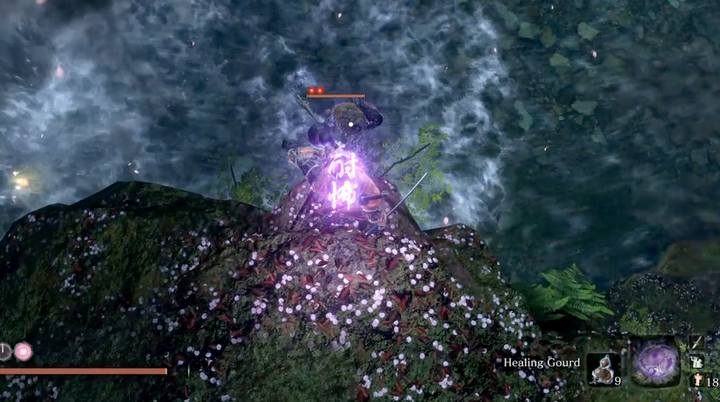 It is worth to drink Mottled Purple Gourd before the fights.

Once again, to fight against such an enemy, it is necessary to use Pacifying Agent, or better - Mottled Purple Gourd to protect yourself from Terror status. In addition, Phoenix's Lilac Umbrella is extremely useful here, especially with the ability of Projected Force (Prosthetic Tools Techniques). Know that this skill, performed with Phoenix's Lilac Umbrella, results in the destruction of all ghosts summoned by the boss. 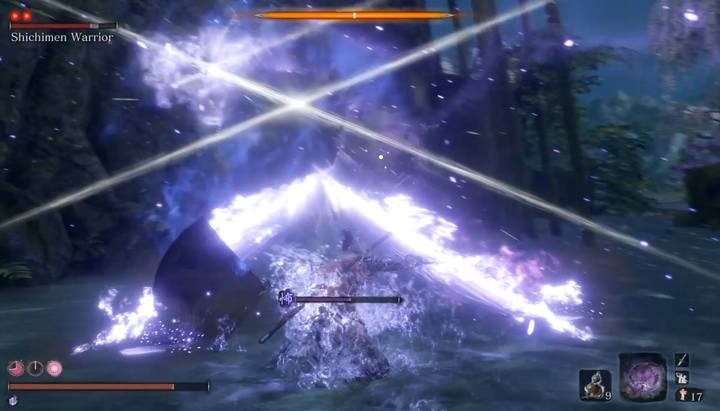 Projected Force method allows you to perform an instant counterattack that does a lot of damage to the boss and destroys nearby ghosts.

The beginning of the fight should start the same with each approach: jump on top of boss, after using the Mottled Purple Gourd / Pacifying Agent. The boss always starts the fight by summoning ghosts and then the area around him increases your Terror status. Cause him as many strokes as possible, and then activate the Phoenix Umbrella to protect yourself from the raging ghosts). Don't let any to hit you cause they may inflict a lot of Terror. Make a counter-attack with Projected Force (Prosthetic Tools Techniques). You have a great chance to throw down the enemy and break his first health bar - after causing him numerous injuries and special attacks, the enemy posture is going to be reduced to zero. 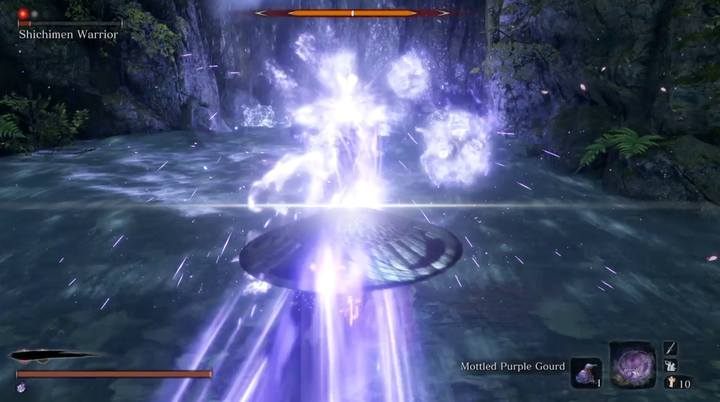 The Phoenix's Lilac Umbrella protects you from all attacks that can be performed by Shichimen Warrior.

If the above tactics failed, or you do not have all the helpful items, it's okay - you can still defeat the boss, fighting through the first stage with the tips we have provided below: 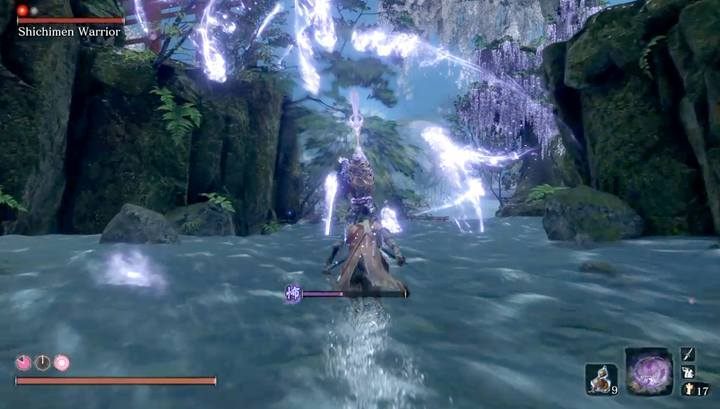 The disadvantage of this arena is the lack of places where you could hide from the attacks of the boss. All the time watch out for you HP and Terror bars. Under the Phoenix's Lilac Umbrella, you can protect yourself for a long time by approaching the boss if you stand far away from him. This fight is aimed at causing damage to the enemy, not reducing his posture in further stages.