Okami Leader Shizu is one of the bosses encountered in the Fountainhead Palace, one of the regions in Sekiro: Shadows Die Twice. Read this page to learn how to find and defeat this boss. 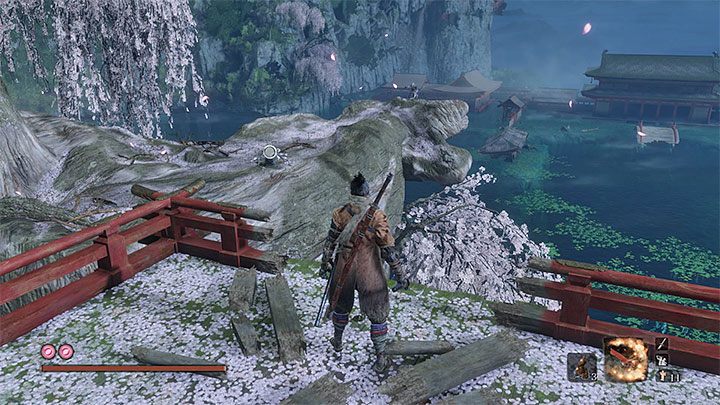 This boss can't be skipped. You face her during the exploration of the Fountainhead Palace. The fight takes place right after you reach Great Sakura Sculptor's Idol. The boss is standing at the opposite end of the large branch. 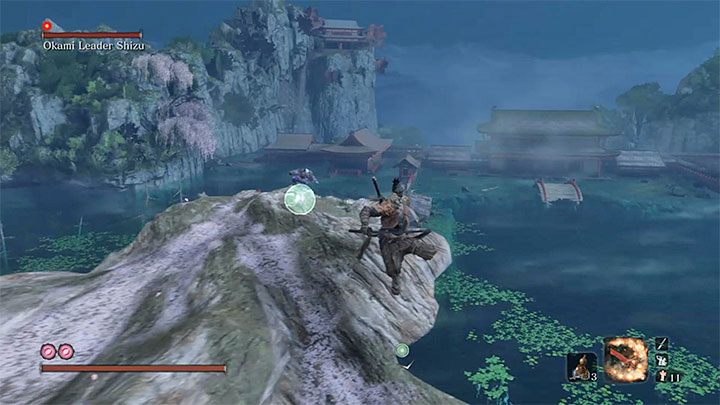 Move from one hook point to another. These hook points are located on the right side of the branch - you can move between them without touching the ground. Use this method to avoid the projectiles thrown by the boss. 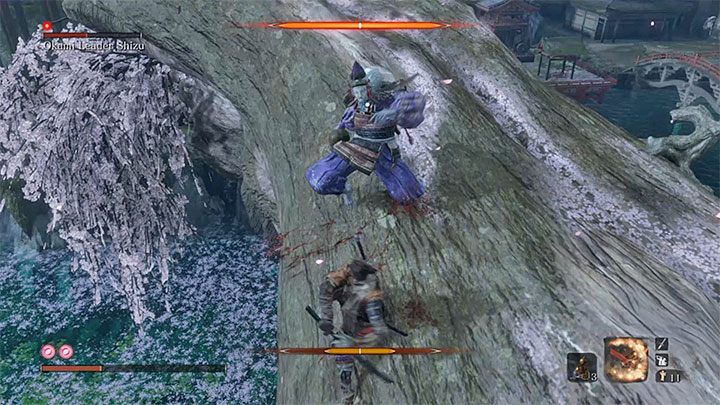 You should land near the boss. Okami Leader Shizu is a weak opponent - a few basic attacks are enough to defeat her. Don't stop attacking the boss. Thanks to that the boss won't be able to damage you. Break her posture. Shizu has only one red dot meaning that you need to perform a single Deathblow.

Besides a Prayer Bead, you get another "reward" - you can swim in the large water tank without fearing that Wolf will get electrocuted. You can also dive. Do that to find treasures, bosses, and a tunnel leading to another part of the Palace.