The further your progress in Sekiro: Shadows Die Twice, the harder it is to get the Spirit Emblems, which are needed for using prosthesis tools. Along with the progress of the history, the price for one Emblem is growing frin 10 Sen to 30 Sen. This limits the ability to use Prosthetics and requires more frequent farm coins to afford buying symbols.

The following method can only be used after the completion of the thread in the Ashina Depths and defeat the Corrupt Monk boss; then, after returning to the Castle, the layout of the map changes and there is a special boss to defeat.

How does the Ceremonial Tanto work? 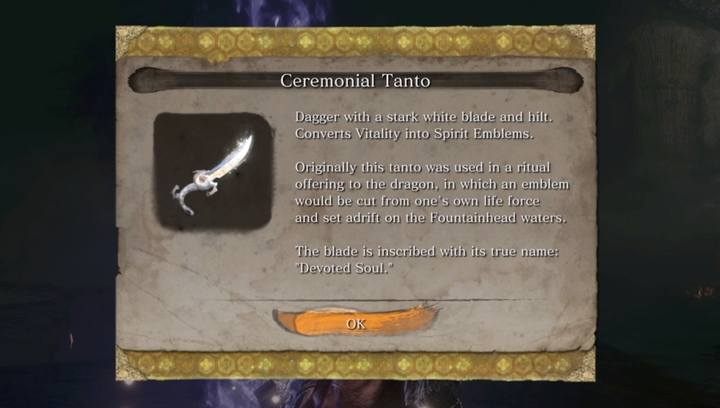 A method of obtaining a large number of Spirit Emblems requires the use of object: Ceremonial Tanto. This is a special sword: after using it, the protagonist loses half his health, but also activates a special mode in which each kill automatically generates additional Emblems - even 5 pieces for a murder. Number of generated Emblems

This item can be used three times and lasts for about 2 minutes. After resting, however, the amount of charges is replenished. Nothing prevents you from combining the knife's effect together with the balloons used for farming items or Sen.

How to get the Ceremonial Tanto?

To obtain the Ceremonial Tanto, you must defeat the Shichimen Warrior boss, located in the Ashina Depths - at the Sculptor's Idol: Bottomless Hole. While most of those bosses tend to be very powerful, and you probably won't be able to defeat them unless you explore the game thoroughly and significantly improve your character, you will be able to defeat the under-water boss without any problems. The boss does not use sword attacks; however, you are also limited in this fight: you can't use complex sword fighting techniques or tools of the prosthesis. 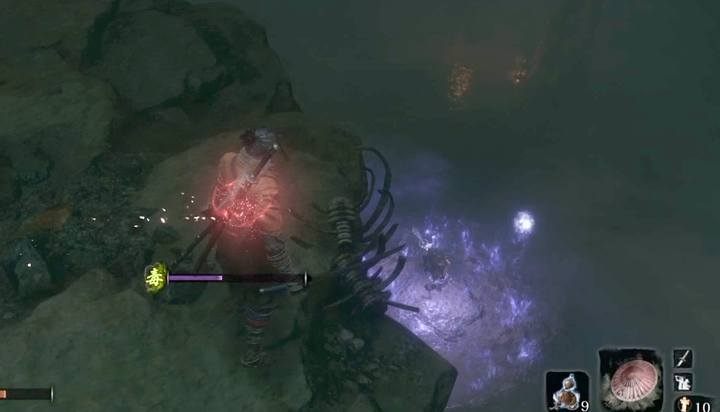 The boss is not easy to defeat, but using the Pacyfing Agent and/or the Purple Gourd, ideally with the Phoenix Lilac Umbrella (prosthesis upgrade), you will be able to defeat him without a hassle - a detailed description of the battle is readily available in the chapter Bosses.