In this section of the guide to Sekiro: Shadows Die Twice you will find the description of the duel with the boss Great Shinobi - Owl. This is one of the bosses possible to defeat when increasing the level in the final part of the main storyline of the game. Here you can learn the attacks of the boss Great Shinobi - Owl, and offers advice on how to effectively weaken him.

How to unlock the duel with the boss of the Great Shinobi - Owl? 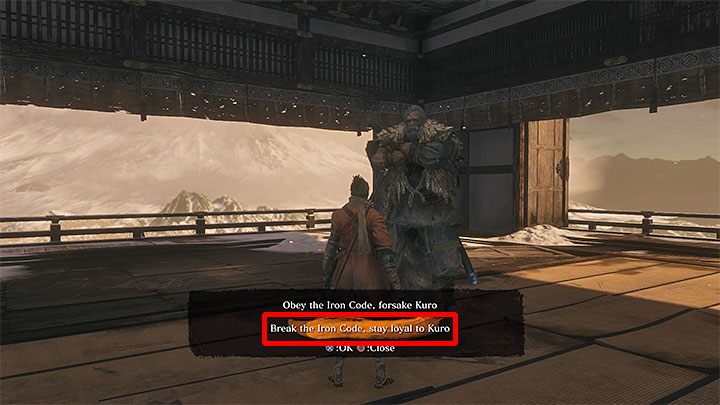 Rewards: a memory, an Aromatic Branch - a story-related item.

The fight with the Great Shinobi Owl becomes available after getting to the finale of the game, i.e. after finding all items for Kuro. After returning to the Ashina Castle, you will find that he was attacked. You need to break through his subsequent chambers again, until once again you get to the roof of the castle, where previously you defeated another boss - Genichiro Ashina.

This time, the main character will meet his father on the roof, his name is Great Shinobi - Owl. You must approach the character and during the conversation choose the second item "Stay loyal to Kuro." 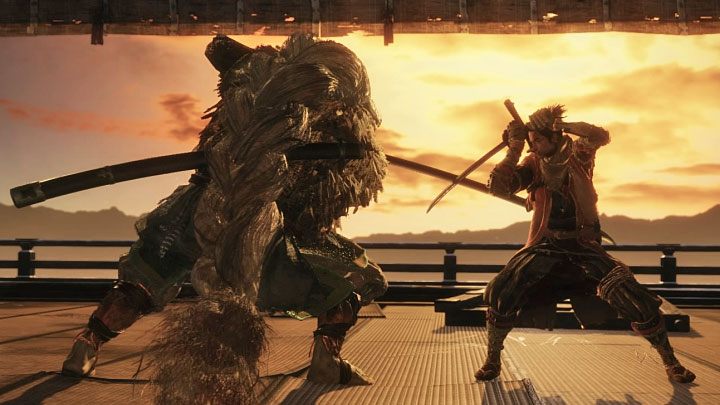 How to defeat the boss of the Great Shinobi - Owl? 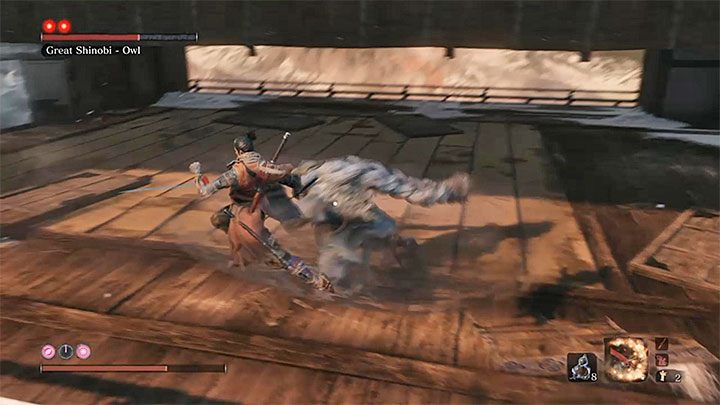 Great Shinobi - Owl has two red dots above its name, that is, it is necessary to perform two fatal blows. The boss in most battles relies on powerful attacks of his katana, which consist of either one or two attacks. You can parry these blows or try to quickly dodge backwards. Be aware, however, you can only avoid damage if you perform a perfect dodge, or were far away enough so as to avoid getting hit in the first place. 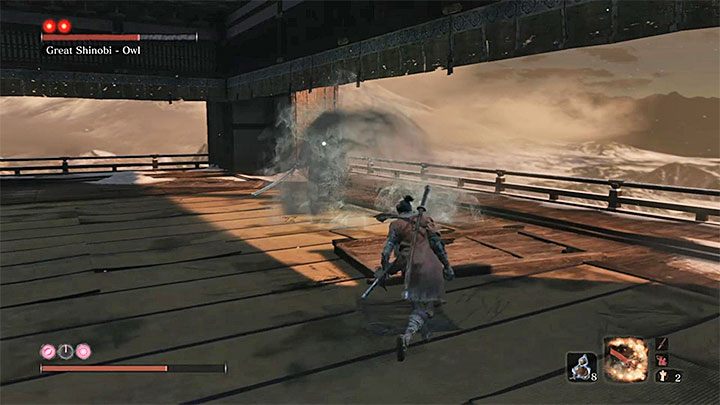 An unusual attack of the boss is hurling a container with poison at you. If you go through a poisonous cloud, the protagonist will not be able to regenerate for some time. It is better then to stop further attacks then, and run around the edge of the arena until the ability to use quick access items comes back. It is worth noting, that the Great Shinobi is defenseless when spraying poison. If you stand next to him, you can quickly attack him. 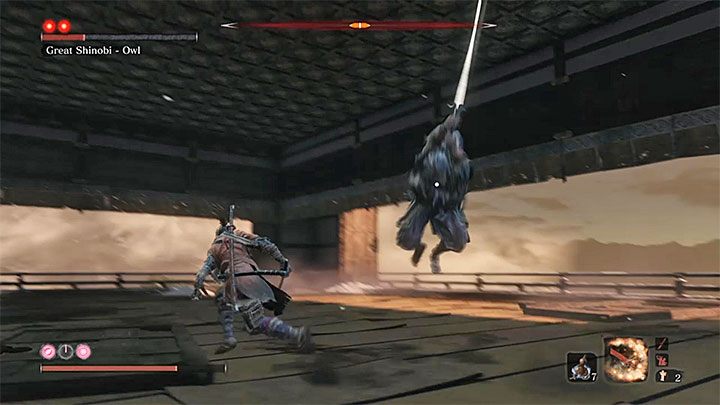 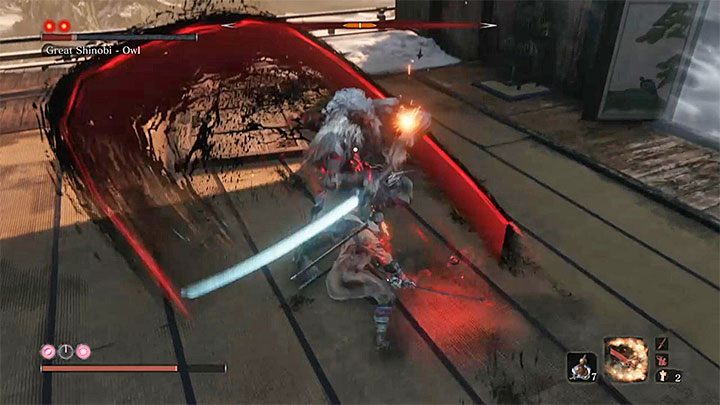 The boss sometimes performs attack by throwing several shuriken and soaring into the air just to slam down with great power (e.g. image 1). This is the perfect opportunity to attack. Our recommendation is the Mortal Draw ability. You can launch it immediately after you avoid the described series of attacks. The last jump of the boss is so slow that you can easily approach him and trigger this ability (see figure 2).

You can also use the Mortal Draw after other failed attacks of the boss, though it will be more risky. There is a chance that he will resume the attack before you finish your attack. After each use of this skill, dodge back, as it won't stun the enemy. 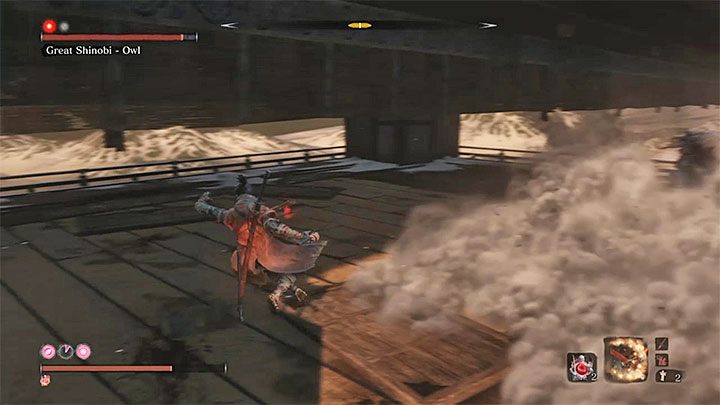 The only new move after advancing to the second stage of the duel is the spraying of dust by the boss. This action can unlock the camera if you had it locked on the boss. The best idea then is to move quickly on the edge of the arena and blindly press the lock button to re-focus on the Great Shinobi.

The other attack of the boss remains unchanged. Attack him until you're able to deliver the second lethal blow.