In this section of the guide to Sekiro: Shadows Die Twice, you will find description of the duel with the boss Isshin Ashina. This is one of the two bosses needed to conclude the main plot of Shura. Our description breaks down the boss' attacks and offers a clever strategy for dealing damage, which he can't block.

How to unlock the boss fight with Isshin Ashina? 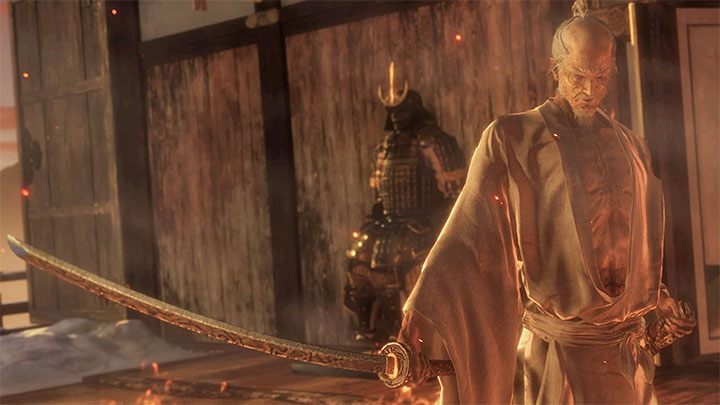 Reward: Memory, the One Mind active skill, which allows delivering a series of very rapid strikes, similar to the one used by Isshin. You will also see the ending Shura.

The fight with Isshin Ashina is activated automatically after defeating the boss, Emma, The Gentle Blade. The game will not allow you to relax after the victory over Emma, which means that both bosses need to be eliminated almost in a one, fell swoop.

How to defeat the boss Isshin Ashina? 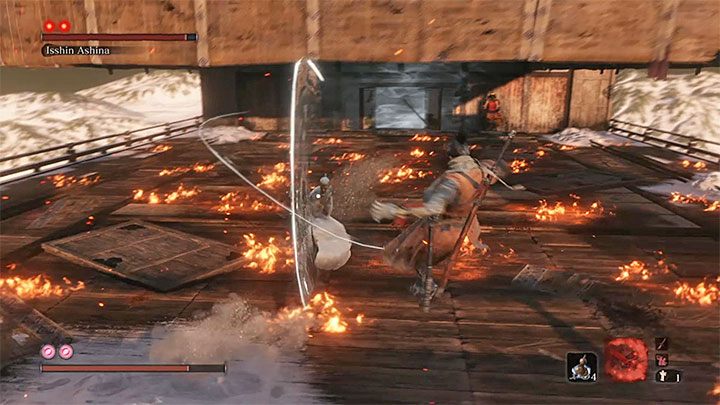 Isshin Ashina, unlike Emma, is marked with two markers, which means that to defeat him, you need to perform two deadly attacks.

This boss also uses the katana to deal damage. Isshin can first of all very quickly approach the hero and deliver three swings of his weapon. Your response should either be parrying all three attacks, or making a dodge. When it comes to close-quarters, the boss uses two attacks, one right after the other.

The boss sometimes launches an attack marked with a red symbol. In that case, just dodge backwards and don't take the risks. Isshin also has an identical skill as Emma. He's able to deliver a series of very fast attacks that leave white smudges in the air (like in the picture above). 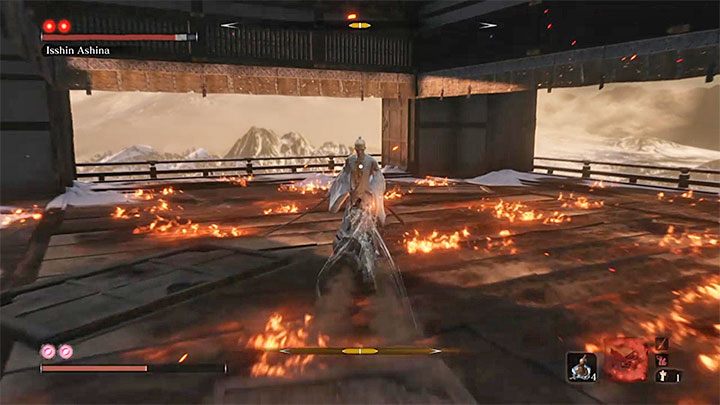 You can defeat Isshin using the same strategy as with Emma. To remind you, it involves dependence on the active martial art called Shadowrush. Each time Isshin completes a series of attacks, you can trigger this skill, that is, make a strong thrust. You will deliver one hit, and then you must immediately jump back to prevent the boss from hitting yourself - this action requires some practice, but once well mastered, it guarantees one hundred percent effectiveness. It's also worth eating the Ako's Sugar, so that each your attack will deal more damage.

Alternatively, you can focus on filling the boss' Posture bar by parrying his attacks. This strategy also requires a solid practicing, especially since many attacks of the boss are delivered immediately after his momentary charge, which can take you by surprise easily. 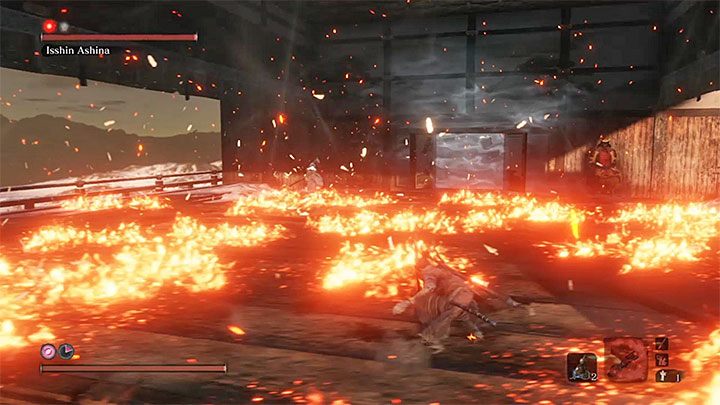 After advancing to the second stage of the battle, Isshin will receive new skills, namely fire attacks. They appear in three different variations.

The most serious form of fire attack is setting the entire arena on fire. Quickly stand in the place where there is no flame and leap towards the boss as soon as he activates his attack with the blade rotating in all directions (the attack is marked with a red icon, but it may be difficult to see it). With a bit of luck, you will not only avoid injuries, but also be able to jump on the boss and weaken his Posture with a kick. 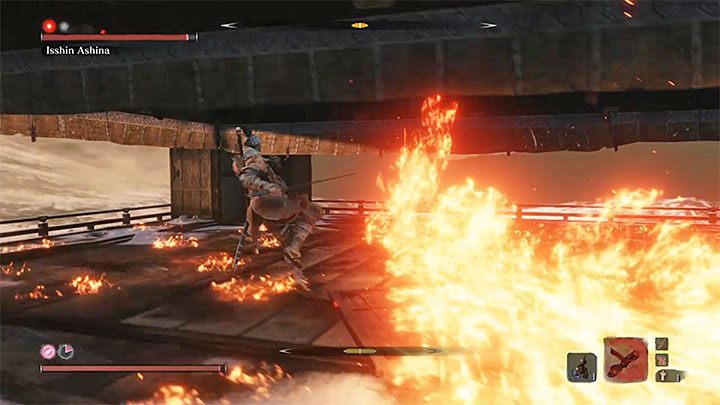 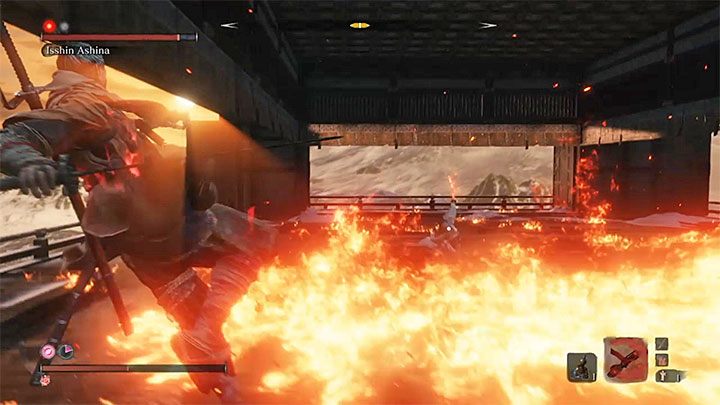 Two other fire attacks of Isshin:

If you come into contact with flames, the hero can be set on fire and receive the Burn debuff. In that case, quickly use the Red Gourd to stop the burn.